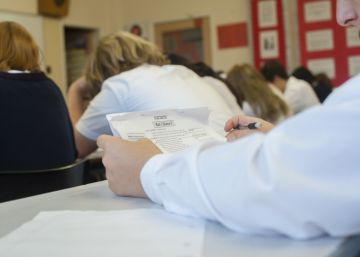 The Welsh Government has decided that it is essential that “minors can learn, through public education, everything that helps them discuss and understand their rights and the rights of others”. As of 2021, the parental veto will be removed whereby parents had the right to withdraw minors from sex education classes, established in the guide approved by the Welsh Executive in 2010 and endorsed in February 2019.

The Welsh authorities have sought to move away from the political debate an issue that raised huge susceptibilities and that contains numerous nuances. An eight-week consultation period was opened to hear the opinions of all types of organizations and groups, until the final decision was reached. “It is essential that we continue to work with all communities in Wales to ensure that parents have the right to provide their children with the necessary development, care and guidance on their way to maturity, while allowing our schools to ability to ensure a broad and balanced education, ”said the Welsh Minister of Education, Kirsty Willams.

Wales has about 200 religious schools that are part of the public education network, and paradoxically it has been religion, rather than the teachings on sexual relations or gender equality, the most delicate point to deal with. In both ways. On the part of those religious families who dislike the secular vision that will be imposed on a subject that will be called Religions, Values ​​and Ethics. And on the other hand, of those others who suspect the bias that religious educational institutions may have when imparting this subject. “We are alarmed that it is intended to eliminate the right of parents to withdraw their children from these classes in religious schools, and we believe it is something potentially illegal. There are precedents in international Justice that indicate that such a decision violates the right to freedom of religion or belief, because it allows minors to be indoctrinated against the wishes of their parents, ”said Katy Riddick, coordinator of Wales Humanists. Advocates for the suppression of any religious influence in the Welsh institutions, the group has, however, welcomed the compulsory education and sexual relations classes for all students.

“In high school, the lessons will include sexuality, express consent in relationships, individual rights, equality and reproduction. Each of the subjects will be given in the apropiada appropriate phase ’of students’ age,” said the Welsh Government. In England, starting in September, affective education in primary and secondary sex education will become part of the curriculum, but parents will prohibit the attendance of their children until they are 15 years old.

The Terrence Higgins Trust Foundation, which promotes more information about HIV virus and sexual health, has been one of the main drivers of this campaign, and has celebrated the decision of the Welsh Government. “There is still a lot of work to make sure that Schools provide adequate, quality and inclusive lessons with the LGBT community, also taught by teachers who inspire confidence. It is essential that young people learn the reality of HIV in modern life, “said the organization.

The Episcopal Conference of England and Wales has shown its opposition to the withdrawal of the parental veto, but it has been both more concerned with the teaching of religion (“reducing it to a part of the ‘beliefs of the world’ dilutes its importance” ). “Well-taught sexual relations and education are a fundamental aspect to prepare the children of Wales,” he said in a statement.