Tax free has gained relevance since 'Brexit', which turned the British into citizens of a third country. / carrasco

The commercial sector prepares a battery of allegations considering that it will be a failure. The Canary Islands choose to directly carry out the management to "protect" small businesses

The Government of the Canary Islands has finally drafted a
draft decree to implement a digital 'tax free' system on the islands to facilitate
refund of the IGIC to tourists from third countries in the purchases they make in the archipelago.

Since the 'brexit' was consummated, the British, who are the main tourist of the islands to the
represent more than 30% of the totalthey can benefit from this system and be a catalyst for the islands' commercial sector, one of the hardest hit by the pandemic and which is now suffering the effects of inflation and falling consumption.

However, the draft decree, which is currently in
public information phase and to which allegations can be submitted until tomorrow, August 8, does not have the approval of the commercial sector, neither large nor small. The sector as a whole complains that the director of the Canarian Tax Agency, Raquel Peligero, has ignored their arguments and has drafted a rule that, in their opinion, "is doomed to failure" by opting for a model that is not working in those destinations where it has been implemented and among which are Colombia and Thailand.

The Government of the Canary Islands wants to implement a 'tax free' system in the islands in which it is
the Canarian Tax Agency itself, which is in charge of the refund of the IGIC to the tourist instead of opting for the entities that are in charge of this process worldwide (such as Global Blue, Planet, Exchange...).

Dangerous assures that the objective of the Executive
is to "protect" small businessessince if the management is carried out by the large operators, they "will force the establishments to change their billing software" at a high cost.

However, the commercial sector does not see it that way: «It is as if in commerce we decided to dispense with Visa or Mastercard as a means of payment. It's crazy," they point out.

The Executive chooses to eliminate intermediaries and commissions

The large entities that are intended to be excluded on the islands and that are in charge of processing the 'tax free' in almost all the countries of the world have a business model that involves charging a
tourist commission in exchange for depositing the money on the fly and while still at the destination.

The Government of the Canary Islands intends to manage the 'tax free'
return to the tourist 100% of what corresponds to him in your checking account but within a period of six months.

Here
the commercial sector differs and considers that the Canary Islands lose opportunities. According to industry sources, various studies ensure that 90% of tourists prefer immediate money through these operators while on vacation and, "even if they lose something", to spend it on something else.

The sector understands that the Canarian destination is harmed

"The destination itself is benefited by this refund as the tourist injects the money into its economy," points out sources in the sector, who assure that
the tourist is interested in when, but the Government of the Canary Islands has focused on how much «without realizing that he is doing himself a disservice because that money that he is going to return in six months is not going to generate wealth in the Canary Islands».

The sector prepares allegations and will request the Minister of Finance of the Government of the Canary Islands, Román Rodríguez, on whom the Canary Islands Tax Agency depends
keep both options so that the tourist can choose the one that most interests him. "If you want to be refunded 100% months after you choose the option of the Canarian Tax Agency and if you want it now for a lower amount, opt for one of the 'tax free' entities, but in no case should you do without they. If you do, the system won't work." “If the Canary Islands fall outside the international standard, we are going to lose competitiveness,” they warn.

Dangerous: "We seek to avoid costs for small businesses" 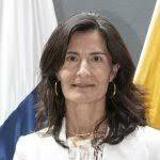 As he explains, on the islands it has been decided to exclude large operators from the processing of the IGIC refund to tourists from third countries and assume the management directly to "protect small businesses, tourists and Canarian citizens."

As he explains, if the big operators were in charge, they would force establishments to buy billing software at a high cost. "For the big ones this means nothing but for the little ones, it does," warns Peligero, who assures that the businesses "are unaware of this reality."

“We have not proposed this system to have control but to avoid more costs for small businesses,” says Peligero, who assures that if they had to acquire this software, the direct consequence would be that businesses would raise prices, harming the Canarian consumer.

Secondly, Peligero warns that these large operators, whom he describes as "commission agents", base their business model on receiving a commission from the end customer, which is at least 27%. "For us it would be easier to leave the paperwork to one of these companies, but then the tourist will hardly receive anything as it is a low-taxation area," he points out. Peligero supports his words with an example: «the largest volume of purchases is clothing and footwear, which has an IGIC of 3%. When dealing with retail trade, the implicit tax burden is returned, which is 70% of that 3%. «In a purchase of 100 euros it would be 2.1 euros. If we put in the commission, what is left for the traveler?” asks Peligero, who rules out "a flood of IGIC returns in the Canary Islands."

How much will going back to school cost?