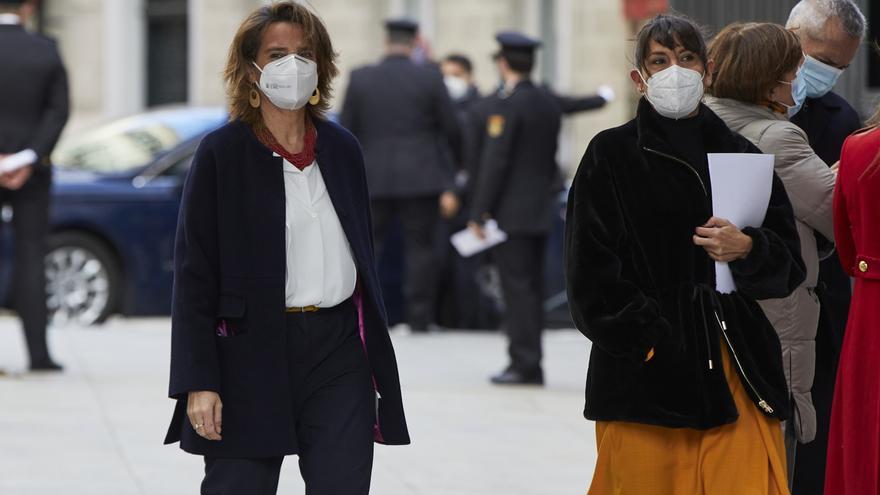 The Government will oblige electricity companies to detail their contracts with the industry and with their own trading companies through the Royal Decree-Law approved this Tuesday by the Council of Ministers, which increases the transparency requirements of companies, reinforces the social electricity bond for the most vulnerable and leaves out the cut to the extraordinary benefits of the electricity companies approved in September to those contracts that guarantee fixed prices to the industry signed before that date.

The decree seeks to encourage contracts at a “reasonable price” with the industry that the Ministry for the Ecological Transition promised to facilitate after the announcements of shutdowns of several factories due to the rise in their energy costs. Vice President Ribera had promised to exempt those contracts from the reduction in the income of electricity companies included in that other Royal Decree-Law approved by the Executive in September due to the effect of the exponential rise in natural gas in the electricity wholesale market, a situation for which the Government look for solutions in Brussels, where he has asked to separate the prices of gas from those of electricity.

The decree approved this Tuesday goes, according to Ribera, to “specify” that reduction of income to the electricity companies, from which the term and fixed price contracts signed before September 16 will be released. For the new fixed-price contracts, if the price is indexed to the wholesale market, “the proportional part will be reduced,” according to the government. The goal is to give “an incentive” to expand those contracts.

In parallel to the extension of the prohibition of supply cuts until October 28, the text includes an extension of the electricity social bond, whose discounts, temporarily (until March 31) and on behalf of the electricity companies will go from 25% current to 60%, and from 40% to 70% if they are severe vulnerable consumers. All these beneficiaries will also receive additional aid linked to the thermal social bonus, for which the Government is increasing the economic allocation for this year with an extra 100 million. “There will be a check for 90 euros per family” and “we hope it can be available during the month of December,” Ribera pointed out.

The rule seeks, according to government sources, “to introduce more transparency in the energy markets, in order to facilitate decision-making” and “help the industry to formalize long-term electricity supply contracts”, and includes new obligations of information for electricity and gas marketers, with more control of the modifications of supply contracts. “In order to promote transparency and improve the capacity to supervise the electricity and gas retail markets, companies will have to communicate in advance and in detail the effect of contract modifications,” explain sources from the Executive.

In the electricity wholesale market, companies must provide data on the bilateral agreements and coverage they sign, with third parties and within the same business group. And the electro-intensive industry will have more time to sign long-term supply contracts with renewable producers, known as PPAs.

To this end, the Electricity Sector Law will oblige the marketers to provide the National Markets and Competition Commission (CNMC) with the information corresponding to the electricity forward contracting instruments, both physical and financial, that they have subscribed.

In the case of large electricity companies that generate and at the same time commercialize electricity, they must submit monthly to the CNMC “the information corresponding to the electricity forward contracting instruments, both physical and financial, as well as any sale transaction that has been signed. intragroup as well as with third parties “, detailing” at least the date of execution of the hedging instrument, the date of delivery or settlement of the energy, the volume of energy affected, the counterpart of the contract, the price and the profile and the type of negotiated product “.

The electrics were crying out a year ago against the destruction that, they claimed, the collapse was causing for the nuclear that the wholesale market suffered in 2020 as a result of the pandemic. And now that the pool is at record levels, they assure that the reduction in income due to the increase in gas for that source, the hydroelectric plant and the oldest renewables leads them to losses because they have sold 100% of their base production on time ( nuclear and renewable) of 2021 and a percentage higher than 75% of that of 2022 for months, at prices much lower than the current ones. With this mechanism, the Government and the CNMC will have access to all the information on these contracts.

The decree also reinforces the information of consumers on possible contractual modifications. They will have to be “duly notified in a transparent and understandable manner of any intention to modify the conditions of the contract” and informed of their right to terminate it “at no cost”. The supplier must notify them “of any price revision derived from the conditions provided, at least one month in advance of its application”.

Furthermore, “the communications of price reviews must include a comparison of the prices applied before and after the review, as well as an estimate of the annual cost of the supply for said consumer and its comparison with the previous annual cost”.

For their part, the marketers must make available to the Administration, the CNMC and the European Commission, “for at least five years, the data on all the transactions of the electricity supply contracts and derivatives related to electricity signed with wholesale customers and transmission system operators “.

And, as a “transparency measure” for the wholesale and retail markets, traders must submit monthly to the CNMC the information corresponding to the electricity, physical and financial forward contracting instruments, “as well as any other type of purchase transaction. either with third parties or with companies that belong to the same business group “.

In addition, the electricity and gas traders will be obliged to “publish transparent, comparable, adequate and updated information on the prices applicable to all the offers available at all times” (in the case of gas, those aimed at an annual consumption of up to 50,000 kWh) and, where appropriate, on the conditions related to the termination of the contracts, as well as information on the additional services required by their contracting. “They must also make this data available to the CNMC comparer of offers.