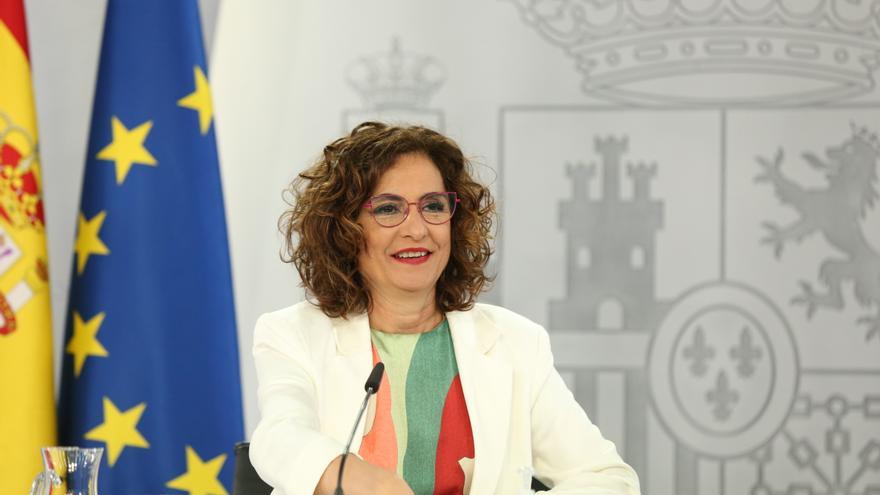 The Council of Ministers has approved the Code of Good Practices to which financial institutions may adhere to facilitate the renegotiation of the guaranteed debt contracted by companies and the self-employed, which contemplates the extension of the maturity period of ICO credits, the conversion of said credits in participative loans and the possibility of applying debt relief.

As explained by the government spokesman, María Jesús Montero, it is a reference framework to implement, in collaboration with financial institutions, the restructuring measures that were approved in the royal decree of extraordinary measures to support business solvency. , a package endowed with 11,000 million euros.

The agreement establishes the lines of action and requirements so that the companies and freelancers that benefited from loans with the ICO guarantee can restructure their debt.

Specifically, they may extend the repayment term of the guaranteed loans up to ten years, compared to the current eight, while the grace periods may be extended beyond two years, always with prior agreement between the client and the bank.

In addition, the public guarantee is maintained on loans that, by voluntary agreement between the parties, can be converted into participating loans.

Regarding debt relief, the last option for the Executive and the banks, 3,000 million euros will be allocated for the ICO, CESCE and CERSA to allow the reduction of the nominal amount of the debt. Financial entities must keep the beneficiary's working capital lines open until December 31, 2022.

"Undoubtedly, the approval of the Code will reinforce the collaboration of public bodies and financial institutions, so that the application of measures that reinforce the solvency of the self-employed and preserve our productive fabric to face recovery in the best conditions is efficient. "Montero has highlighted.

The Code of Good Practices is voluntarily adhered to by financial entities, which will have one month to communicate their adherence to the General Secretariat of the Treasury.

The banks that join undertake to study the particular financial situation of the companies and the self-employed who request to benefit from the new framework and that have financing with public endorsement.

As highlighted by the Government spokesperson, the entities that join will be publicized to "stimulate the good work of those who want to participate in solving and making viable these restructurings that, without a doubt, can be the guarantee of solvency for many companies."