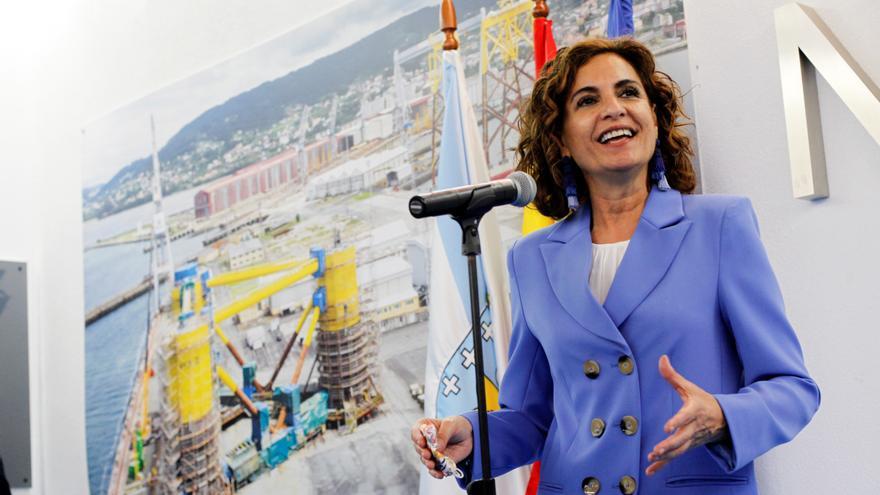 The Council of Ministers approved this Tuesday a new step for the preparation of the General State Budgets for next year. It is about the approval of a new spending ceiling, which lays the general bases on which future public accounts will be governed, which must incorporate the arrival of European recovery funds after the pandemic. Specifically, the Government has approved a new limit of non-financial expenditure of the State of 196,142 million euros. The level is slightly higher than last year, which until now was a record. For this reason, the Minister of Finance, María Jesús Montero, has indicated that this is a “historical” spending limit. Although, the variation is barely 50 million euros.

The symbolic increase comes after including 25,622 million euros from the European economic stimulus plans to finance the Recovery and Resilience Plan that the Government presented to Brussels. Excluding them, the expenditure ceiling comparable to that of previous years is 169,787 million euros, an increase of just 0.7% compared to last year’s figure. “It is a historical spending ceiling that reinforces public services and favors a change in the productive system, it is slightly higher than last year and therefore it is the most important expense in our history,” Montero pointed out.

Last year the Government already approved an expansive spending ceiling for the preparation of the General State Budgets corresponding to this year. Then it was set at 196,097 million euros, compared to the 127,069 that had been applied last year, due to the increase in expenses related to the coronavirus pandemic. The spending ceiling for 2021 already included more than 27,436 million from the European recovery plan.

The government also applied last year the suspension of the EU fiscal rules, which temporarily eliminated the deficit and debt limits that apply to European economies. This measure was transferred to the deficit of the Autonomous Communities and the City Councils. The Executive has remarked that for next year this suspension is maintained, so it will not set a path of stability for public administrations, but a “reference rate”. For 2022 the Government estimates a deficit of 5% of the State, which means reducing to less than half that reached in 2020. The Autonomous Communities will have a “reference rate” of 0.6% and those of the City Councils will be will keep at 0%.

With these data, the Government takes the second step in the process of preparing the General State Budgets for the year 2022. The Treasury already issued an order a few weeks ago to the different ministries to prepare their plans of budgetary needs for the upcoming accounts. The Executive aims to recover the traditional calendar of budgeting, after chaining a few years without being fulfilled. To do this, the accounts should be approved at the end of the year. Montero has called on the opposition to support the parliamentary process of public accounts.

The Vice President of Economic Affairs, Nadia Calviño, has made an exultant analysis in her vision of the forecasts of the Spanish economy. Calviño stressed that “a solid economic recovery is underway”, which began in the middle of last March and was consolidated in the second quarter of the year. Thus, the first vice president has confirmed that the growth forecasts for the Spanish economy are 6.5% in 2021 and 7% in 2022.

“All analysts predict that in 2022 the pre-pandemic GDP will recover and that in 2023 the previous growth path will recover,” he said. Calviño highlighted the better performance of the foreign sector, with a higher growth than expected in the euro zone, but he highlighted on the negative side the increase in the price of raw materials, especially oil.

In this sense, it has also outlined the “great dynamism of consumption” from the second half of 2021, since households have a pocketed savings of 60,000 million, which will mean “an important evolution for consumption.”

Regarding employment, Calviño stressed that the forecasts are for the unemployment rate to be 15.2% in 2021 and 14.2% in 2022. The first vice president pointed out that the good performance of the economy is reflected in the labor market where workers affected by ERTE have gone from one million to 340,000 at present, of which a third are in ERTE part-time, there are 160,000 self-employed receiving the benefit, the lowest level in the last nine months, and the The dynamism of Social Security affiliation has allowed it to return to 2019 levels, so that in the autumn the job lost in 2020 will be recovered.