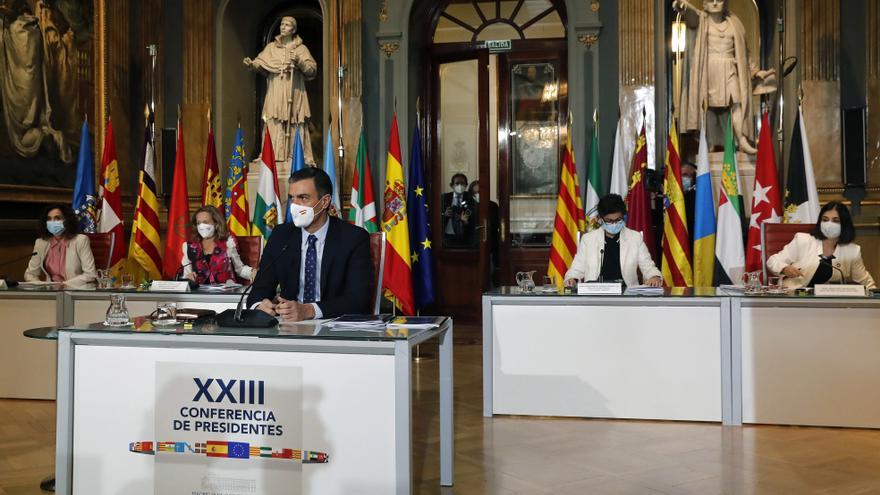 The Government maintains its intention that the state of alarm be extended for six months, until May 9, despite the fact that PP and Ciudadanos have opted to cut that duration. Pablo Casado has conditioned his support to last only eight weeks to save the Christmas campaign. “The six-month period has objective, reasonable criteria, based on the opinion of the experts. It is the term that it puts on the table,” said the Minister of Territorial Policy, Carolina Darias. That will be the proposal that the Council of Ministers will approve this Tuesday and that will have to be approved by Congress.

“The president yesterday was tremendously clear, diaphanous, crystalline. He set it at six months if Congress approves it. This six-month period is due to a series of reasons, a series of criteria,” said Darias, who maintains that It is the one recommended by the experts: “It is the time that experts estimate to overcome not only the second wave but the most damaging stage.” The Government maintains that “the term is not fixed but the mobility of the term will depend on the evolution of the pandemic.” “If the health data improves ostensibly, it will last the time strictly necessary. It will depend on the evolution of the pandemic,” Darias concluded. The minister has also asked Casado to “abandon his conditions” and “replace them with the conditions of experts and science.”

“The term will be conditioned to the evolution of the pandemic”

Darias has spoken like this at the end of the presidents’ conference in which the president of the European Commission, Ursula Von der Layen, participated. At the meeting, the majority of regional leaders have claimed their ability to manage European funds -which will amount to about 140,000 million euros- that will arrive in the coming months. The Government will approve this Tuesday the General State Budgets for 2021 that already include 27,000 million. The Minister of Territorial Policy has also insisted that the Government’s intention is to first invest the 72,000 million direct transfers, although it does not renounce to request the rest, which will be through loans.

Sánchez, for his part, has assured in his intervention that the autonomies that more than 50% of the Recovery Plan projects will be executed directly by the communities within the framework of their competences (housing, education, social policies, active employment policies or environment). For this they will have to present projects for the execution of which the corresponding agreements will be agreed between the ministries involved and the autonomous communities.

The most dissonant note in this meeting has been put by the acting president of the Generalitat, Pere Aragonès, who has begun his speech in English to regret to Von der Layen the absence of Quim Torra as he was “unjustly” removed from his position ” for having asked for the release of the political prisoners and the return of the exiles ”. The Republican leader has demanded that Catalan citizens can vote to decide “their future.” “Catalonia is a European country, deeply committed to the EU project and our aspiration is to be able to participate in it with our own voice, like all member states,” he concluded.

The president of Castilla-La Mancha, Emiliano García-Page, has begun his speech by responding to Aragonès. “I am going to address myself in Spanish, although English is actually used in Europe, which is the language of a country that wants to leave Europe. Spanish is spoken by 200,000,000 more people on the planet,” he claimed.

At the press conference after the presidents ‘conference, Darias has avoided commenting on Aragonès’ words. “I want to stay with the agreement, the consensus and the desire to put it into operation,” he said about the recovery plan, which is what the meeting was about. It has also shown the determination of the Executive to “seek a minimum understanding.” “This Government is going to continue looking for him, despite the differences.” The Government will always be there to seek understanding with the communities, “he has settled.