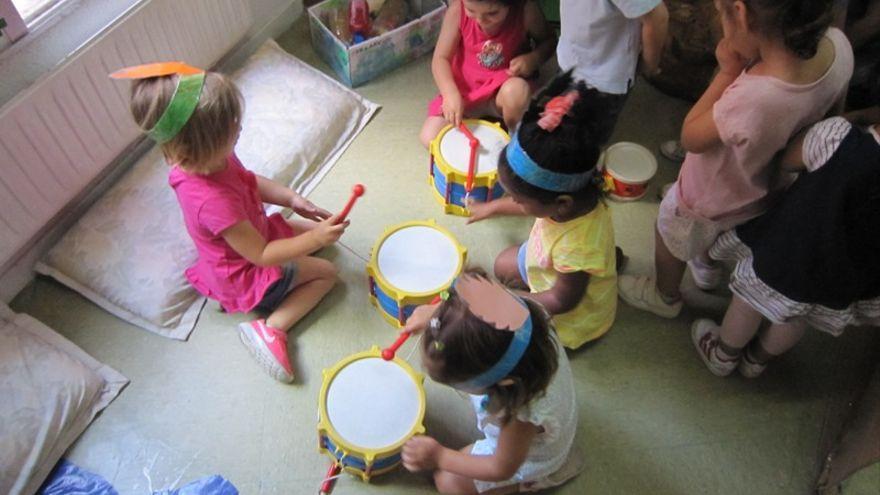 The Ministry of Education now opens the door for the European funds that were to be allocated to the creation of public places for Early Childhood Education to be used for other issues, such as arranging private places, making them public or financing other services such as the dining room, such and as several communities have requested in the Sector Conference that was held this Thursday.

The portfolio led by Pilar Alegría had designed and agreed with Brussels a three-year plan to move towards the universalization and gratuitousness of the first cycle of Infant, that of students from 0 to 3 years, which was approved last week in the Council of Ministers. But the Education project, which establishes that the funds must be used exclusively to create new free places, has run into several communities, which are betting on other models for 0-3 and who have not just accepted that after the financing of the plan for three years it is their turn to continue putting the money. Spain has an average school enrollment rate at this stage of 36% and a strong presence of private centers, almost half of the total, which leaves families with fewer resources out of the centers.

Finally, as the plan is divided into three years and has to be applied gradually, the communities have voted in favor of the execution of this first game, which should be destined to create public places because the funds are European and that is how it was agreed with Brussels, according to sources from Education. Only Madrid, Catalunya and Euskadi have voted against, each one for their reasons. Andalusia, what is the only region that had explicitly rejected the funds through a letter sent to the ministry, has finally abstained because Education has agreed to negotiate with Brussels that the following year’s departure can be used for something other than creating jobs.

The meaning of the vote cast this Thursday at the Sector Conference does not presuppose either the acceptance of the funds or the rejection of them. Once the approval of the Education plan is formalized, the communities must request one by one their part (here is the full cast), so Madrid, Andalusia, Catalonia and the Basque Country will still be in time to participate in the plan. The distribution of funds must be carried out before December 31.

The change in Education criteria when accepting the changes that some communities have proposed has convinced Andalusia, which after announcing that it was going to reject the money in the first instance, has accepted it, conditional the first year on the creation of public places, because it has the commitment of the Secretary of State for Education, Alejandro Tiana, to be more flexible as of the second, reports Daniel Cela. With this position, the Board reversed its decision, expressed by letter to the minister, to “not participate” in the government’s free program until the criteria changed, an extreme that has not yet occurred, according to sources. the Ministry of Education.

Asked if Andalusia is going to create 4,023 public places in the first year, after accepting the 37 million, Education refused to be clear on the matter: “We are going to wait for the ministry to respond to Andalusia’s request,” the sources have explained.

The Andalusian free model, based on subsidizing families with fewer resources but enrolled in agreed private centers, was designed, developed and perpetuated by the PSOE during its years of government, and the volume of schools –more than 2,000, 66.4 % private– and of workforce –15,000 workers– made it “unfeasible” to switch to a 100% public model in three years, says the Ministry.

Madrid, which voted against, did so based on the criteria used by the Ministry to distribute the funds, “especially harmful to the Community of Madrid. With 14.8% of the students, they give us 10% of the funds, while Catalonia, with only 1.9 points more than students, receives 44.7% more, “explained a spokesman, without clarifying whether he will request the departure despite everything. The ministry replies that the distribution criteria (the level of studies of the population aged 25 to 64, which correlates with work and therefore the income they have; the schooling rate at that stage and the dispersion of the population) they are based on objective data and are intended to seek a better balance between autonomies.

Catalonia has also rejected the plan because the Generalitat wants flexibility of criteria and that the funds can not only be used to create new places. Educació adduces that the negative vote has a component of protest because the ministry designed the plan with Brussels without consulting the communities and that for years it has been making an effort to create these places, an effort that will not be recognized. reports Pau Rodríguez. Euskadi is in a similar position, which has the 0-2 network “very advanced” and does not believe that this plan will solve its needs, according to a spokesperson for Education.

Other communities that have voted in favor, such as La Rioja, have valued the plan “very positively”, which in their case will result in the creation of 154 seats in the first year, a reaction very similar to that of Castilla-La Mancha.

With this agreement this first call is closed, which will continue in 2022 and 2023 under conditions yet to be determined, only pending that the communities formally request their share of the funds (here is the whole cast). After the numerous complaints received in the Sectorial this Thursday about the obligation to allocate the money to public places, Education has agreed to negotiate that the communities can basically dedicate the money to what they consider, always within the 0-3 stage . Converting private places into public places, arranging them or dedicating the funds to ensure the payment of services such as the dining room, as Andalusia proposes, for example, are some of the questions that the communities ask, but that Brussels will have to accept, which is the one who puts the money.

The first cycle of Early Childhood Education is a particular and very uneven stage, regardless of the indicator chosen to evaluate it. It is uneven between communities, with large differences in school enrollment rates; It is unequal among families, with very different realities depending on income, the parents’ educational level or even if the mother is employed or not, and it is unequal between municipalities depending on their size.

On average, in Spain one out of every three children under the age of three is in school (36% last year), although this is one of those data that is hardly representative of any situation. Only the Valencian Community and Catalonia are in this parameter, with 35.3% and 34.1%, respectively. Afterwards, schooling ranges from 17.8% in Murcia or 18.5% in Castilla y León to 50.3% in the Basque Country or 45.9% in Madrid.

At this stage, which is not compulsory or universalized de facto as 3-6 is, the presence of the private sector is higher: 46.3% of the students are enrolled in private initiative centers, also with great differences between communities. There are them, such as Asturias or Extremadura, which touch 90% of public squares, or, at the other extreme, Andalusia only has one in three students in an administration school.

And this factor, the high presence of private schools, translates into differences between families depending on their purchasing power, one of the arguments used by the Ministry of Education to defend its commitment to public places: 52% of families who claims not to have their children’s educational needs covered, does not go to schools because they cannot afford it, according to the Survey of Living Conditions of the INE.

In this section, Education argues, it is where there are great differences between families, which it intends to reduce by moving towards gratuity through the creation of public places. The statistics show that families with fewer resources have schooling rates up to three times lower than those with the wealthiest: one in four households in the first income quintile (the 20% who earn the least) take their children to nursery schools , while in the fifth quintile (the 20% who earn the most) they are 62.5%.

Around this data are two others, which delve into the inequalities between families in access to nursery schools: families whose parents have higher education have an enrollment rate of 49.6%; those who do not pass the compulsory studies remain at 31.3%. A similar difference occurs depending on whether the mother works or not: families in which they have a job double the use of nursery schools than those that do not.