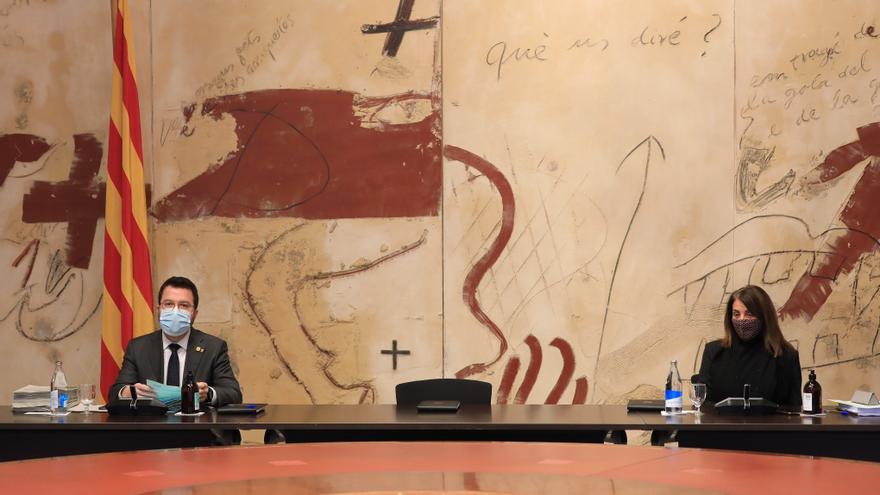 The postponement of the Catalan elections, set for the next 14F, is on the table. The health authorities of the Department of Health exposed this Monday to the parties harsh forecasts that warned that the healthcare pressure would be maximum in mid-February, data that pointed in the direction of a possible postponement. The last word is for the Government, which will hear the position of the parties at the meeting next Friday. Of course, the Executive has committed this Monday that the decision made this Friday will be final and will be maintained, one of the demands that the parties had made in the joint photo.

“This Friday the electoral scenario will be defined with all the health data to be able to see what the trend is and be able to make the final decision that touches,” explained the councilor spokesperson, Meritxell Budó, who has assured that the Government will act in relation to the epidemiological data and taking into account sanitary conditions. The spokeswoman recalled that the data on the evolution of the pandemic are changing but that, with the Department’s projections, she does not believe that in a month things will be better than they are today.

Budó has also indicated that the Government will listen and take into account the parties, which will position themselves after hearing all the epidemiological data and also the work that has been done from the Electoral Processes direction to organize a safe vote. For this reason, the Catalan Executive wishes that there was consensus among all the parties present at the table of the political groups. “But if there is no consensus between the parties, the final decision corresponds to the Government, as has already happened in the Basque Country and Galicia,” the spokeswoman pointed out.

This Monday the Department of Health exhibited before the parties two possible epidemiological scenarios for the next few weeks and on the days when the electoral campaign should take place. Specifically, the most favorable forecast calculated that around February 14, election day, there will be some 3,000 cases a day in Catalonia and that there are 610 patients in the ICU, that is, a number 30% higher than the current. The second scenario, more serious, estimates that the contagions reached 5,000 daily cases in a month, with 840 patients in the ICU, almost double than now, on election day.

The independent experts have also shown their concern about the holding of the elections. Epidemiologists and health experts they see a risk of social interactions on election day that could make the contagion grow even more, which has led some to recommend that the elections be postponed. Others ask to wait a little longer to see how the data evolve, while there are some who consider that it can be maintained, although they ask the Generalitat to take extreme measures to avoid crowds and show their doubts about the possibility that infected people can vote in person at the end of the day.

The final decision on the eventual postponement of the election must be taken on Friday or, at most, throughout the weekend, since the postponement decree should be signed after an extraordinary meeting of the Government. The decree could be signed this Friday if the decision of the parties is unequivocal in the joint meeting. The Government has already warned that it will not go to the table where the formations are with a specific proposal, because the Executive does not have a prior consensual position, but rather prioritizes that the decision be taken jointly and as a result of the work of the table.

Still, some parties have already shown reluctance to postponement. Specifically, the PSC has been the formation that has most clearly rejected a postponement of the elections, through the mouth of its first secretary, Miquel Iceta. He socialist leader has considered in an interview on TV3 that it would not make sense to “open schools and close polling stations”, in addition to pointing out that the Government is doing the necessary work to guarantee that the 14F can vote. In this Monday’s meeting, the PSC already announced to the rest of the formations that it could appeal an electoral postponement if this route ended up being imposed.