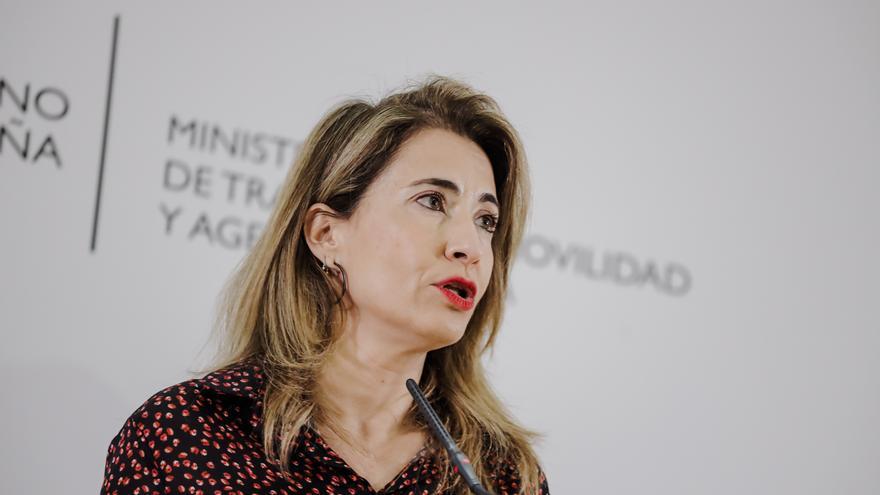 The Government has reached an agreement with the National Committee for Road Transport (CNTC) to try to stop the stoppages of the last week. Some strikes that are called by the Platform in Defense of the National and International Road Freight Transport Sector, which is not in the Committee and is the only body with which the Executive meets

The Minister of Transport, on the strikes: "I am not going to sit down with a group of radicals that uses violence"

“We have focused on effective and efficient measures. That they follow the structure of what has been adopted in other countries. A bonus in the price of professional diesel, so that it has a real and effective impact on carriers”, assured the Minister of Transport, Raquel Sánchez. Measures that will be implemented as of April 1 and that are yet to be outlined.

“It is a measure to which we are committed. We will define the amount after the European Council”, Sánchez indicated, referring to the European meeting at the end of this week. "This Friday we have called for a new meeting, but we have committed to applying it." It will be, Sánchez assumes, “in the vicinity of 500 million euros”.

These are bonuses that will be supported, one part, by the State and the other by fuel distributors or marketers, according to sources from the transport sector to elDiario.es.

“The Committee represents 90% of the transporters, it is our interlocutor”, assured Raquel Sánchez, who has referred to her ignorance of what other representatives of the sector can do in reference to the callers of the strike.

“The Government has reached an agreement with the main representatives of the carrier sector and we stick to those agreements”, he stressed.

In addition, among the agreements sealed today, which have to be confirmed on Friday, is that professional diesel is going to be returned to the sector on a monthly basis, not on a quarterly basis as until now.

(We are expanding this information...)