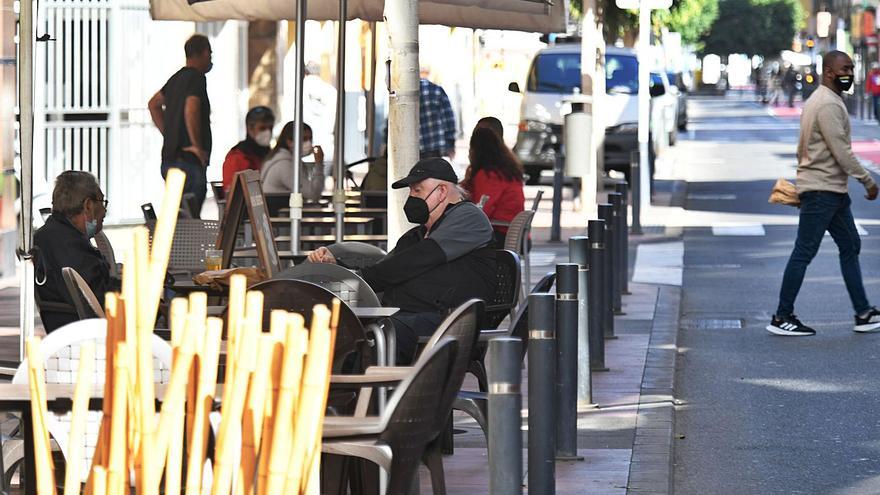 The Government of the Canary Islands yesterday approved an extraordinary package of restrictive measures, which will be in force from today until midnight on February 22, to avoid massive concentrations of people during the Carnival period. The provisions include the prohibition of celebrating parties or festivals and the intensification of controls in ports and airports, in order to prevent unjustified movements from or to those islands that have limited movement. In addition, the curfew becomes imposed between 10 p.m. and 6 a.m. in the entire Archipelago, and the capacity in public transport is reduced to 50%. This was announced yesterday by the spokesman for the regional Executive, Julio Pérez, after the meeting of the Governing Council, where it was also agreed to lower Tenerife to level 1 alert for covid and keep the rest of the islands in the same situation in which they are, one more week.

“We have taken into account that in many Canarian municipalities, Shrove Tuesday is not a holiday, but in almost 40 it is. Therefore, the Government has to bear in mind that concentrations may occur in public and private places, both in the immediate weekend and the following, that imply a greater risk of contagion, ”Pérez stressed.

Based on the counselor’s words, the rest of the measures are adapted to the alert levels. In this way, family and social encounters between non-cohabitants are limited to a maximum of six people on those islands that are at level 1 – Tenerife, La Palma and La Gomera. A rule that, as had happened so far, applies to level 2, in which Fuerteventura and El Hierro continue. Also, at level 3 in which Gran Canaria continues, the maximum continues to be set at four individuals and meetings can only take place in the field of catering, while in Lanzarote and La Graciosa, both at level 4, the meetings are also reduced to this sector, but without being able to exceed two diners per table. In none of the levels will the consumption of drinks or bar foods be allowed.

According to the spokesman, the report prepared by the General Directorate of Public Health revealed that the autonomous community has managed to improve its epidemiological situation. However, with the exception of Tenerife, the rest of the islands have not experienced such an optimal evolution as to activate a more favorable traffic light in them.

In the specific case of Gran Canaria, has the approach of Shrove Tuesday influenced so as not to lower the alert level? Julio Pérez assured that no. “It has not been the Carnival that has prevented the level modification, but the trends have not yet been consolidated. Therefore, we have decided not to interrupt the improvement with a premature decision, “he explained.

Data related to the vaccination campaign were also on the table. Following this line, the counselor highlighted that 98,154 vaccines against Covid-19 have already been administered in the region and that 40,346 people are already immunized with the second dose. “In proportion to our population it is still a small amount, but we maintain the vaccination rhythm that we had proposed and our capacities are very positive,” said Pérez, who also announced that the objectives could be met “if the supplies and reception of the vaccines continue to be maintained as before ”.

As indicated yesterday by the Ministry of Health, the Canary Islands found 234 new infections of the virus in the course of the last 24 hours and regretted three deaths in Lanzarote. The deceased, a 77-year-old man and two 88 and 91-year-old women, were afflicted with previous pathologies. However, only one of the deaths has been computed in the statistical portal, so the health administration expects that the rest of the deaths will be incorporated in the next few hours.

By islands, Tenerife remains at the forefront in accumulated cases and, after adding 57, it already has 15,992, of which 2,118 remain active; It is followed by Gran Canaria, which found 93 and brings together 15,446 accumulated and a total of 3,764 patients pending their evolution; Lanzarote, with 4,126 accumulated cadres –40 more– and 672 active; and Fuerteventura, which detected seven new cases that bring its accumulated number to 1,480, with 114 people suffering the course of the disease.

For its part, La Palma recorded two infections and has 361 accumulated and 26 active, while La Gomera remains free of covid and remains with 207 accumulated. Finally, El Hierro did not register new positive diagnoses in the condition, so its accumulated are still encrypted at 180 and its assets at 26. However, as reported by the Ministry, to all these data we must add another 35 infections not referenced and related to migration.

Right now, in hospitals in the region there are 314 people affected by the pathogen in plants and 73 in intensive care units. The good news is that in the last few hours 331 epidemiological discharges were issued, so 30,522 people have already overcome the disease in the Canary Islands.