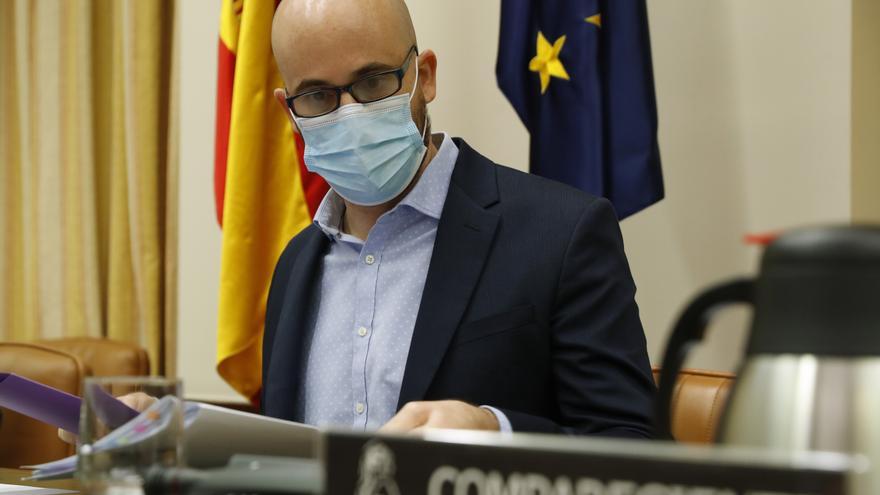 The Ministry of Social Rights and the 2030 Agenda, led by Pablo Iglesias, is going to present a "shock plan" of the System for Autonomy and Attention to Dependency (SAAD) to, among other things, improve the economic benefits that are given to people who have recognized the right to receive them, increase regional funding and lighten bureaucracy. He plans to approve it in the Interterritorial Council with the autonomous communities on October 2, and then it must be included in the General State Budgets (PGE), which the Executive has yet to negotiate with other political forces. The injection calculated by the document, to which elDiario.es has had access, is 600 million euros.

SAAD covers 1.1 million people but has not yet recovered from the 2012 cuts and It has suffered a setback in the last months of the pandemic, in which 3,391 beneficiaries have been lost. There are also some 390,000 between the two waiting lists: that of people who have recognized the right but have not yet received benefits, and those who are still awaiting assessment. The Ministry admits these problems "that the current health crisis has only intensified."

To alleviate them, the government proposes among other economic measures to increase the level agreed with the communities so that it is specifically destined to dependency to 283.2 million euros, which was in 2012; and the minimum level of funding, that is, the funding provided by the General State Administration to the SAAD for each dependent person who receives some benefit or service. The estimate of the Ministry is that the two increases add 600 million euros more to the contribution of the AGE in 2021 compared to the current budget. The Association of Directors and Managers of Social Services calculated in 2019 that the injection necessary to serve 75% of the waiting lists is 1.5 billion.

Regarding the minimum level of funding, "its cut in 2012 has had serious consequences on the functioning of the system," the Ministry blamed. The SAAD recognizes three degrees of dependency: large (type III), severe (II) and moderate (I) And what they want is to reach the figure of € 60 / month per dependent of Grade I, which was in 2012, and increase the amounts of severe dependency to € 94 / month and those of high dependency to € 235 / month , higher than those of 2012. It would represent an average increase of 17.4% compared to the financing carried out in 2020.

The Dependency Law, of 2006, also contemplates three types of economic benefits: the one linked to the hiring of a service, that of family care, and that of personal assistance. The Government's proposal is, by 2021, to recover the maximum amounts prior to 2012 for people of severe degree who receive service or family benefits and keep them at 429.5 euros per month. Also establish minimum amounts, between 75 and 125 euros depending on the degree of dependency, which now do not exist. With this, they calculate that 40 thousand economic benefits (6.6%) would increase their monthly amount.

The shock plan also proposes modifying the Law for family care, to establish as a necessary condition "support services, respite and training" and so that, in rural areas, a neighbor can act as caregiver. And it includes measures related to eliminating the co-payment, simplifying the administrative procedures that are currently required to receive aid, eliminating incompatibilities between services and promoting remote assistance as a basic right.