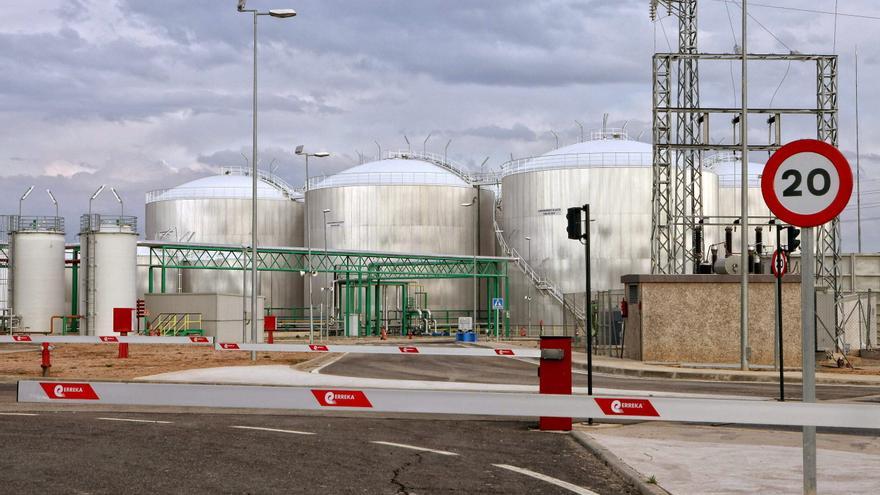 The Council of Ministers, at the proposal of the Ministry for the Ecological Transition and the Demographic Challenge, has approved the Royal Decree that encourages the use of biofuels, establishing a biofuel penetration obligation of 9.5% in 2021 and 10% in 2022 on the total sales of fuels in transportation.

At a press conference after the Council of Ministers, the Government spokesperson, María Jesús Montero, highlighted that these objectives in biofuels are “a key element in the energy transition, since they allow increasing the presence of renewables and reducing emissions in a sector such as transport “.

In this sense, he pointed out the commitment to electric mobility in the medium term, although he indicated that for this to be “a reality”, biofuels must “be a bridging solution.”

For this reason, this Royal Decree continues the existing path of penetration of biofuels so that they contribute, together with electrification, to reaching the share of renewable energy in transport established by Community regulations for the year 2030.

Likewise, Montero added that these new objectives will provide regulatory certainty to the sector in the face of the potential investments that it plans to make in the field of the production of advanced biofuels or synthetic fuels, which help to stimulate the circular economy and source energy sources. renewable.

These objectives for the years are in line with the scenarios and objectives established in the National Integrated Energy and Climate Plan (PNIEC) 2021-2023, where a minimum share of renewable energy in transport of 28% is set in 2030, which It will favor the reduction of greenhouse gas emissions associated with this sector, the Ministry indicated.

Thus, they raise the last objective of 8.5% that was established for the year 2020. The promotion of the use of biofuels as a renewable source of energy in transport is considered a necessary measure for the energy transition.

Thus, the Government’s PNIEC for 2021-2030 takes into account its contribution to meet the country’s decarbonization objectives for the next decade and, in particular, those related to mobility and transportation, accompanying other key measures such as modal change and electrification.

In order to implement the PNIEC, it is necessary to set mandatory annual targets for the presence of renewable biofuels in gasoline and diesel.

This approved Royal Decree advances the transposition of certain key aspects of the European Renewables Directive in relation to renewables in the transport sector.

On the other hand, the norm also establishes a series of limitations to biofuels produced from raw materials of certain origins. Thus, it maintains the maximum contribution to reach the goal of renewables in the transport of 7% of biofuels from food and forage crops in the final consumption of energy in the years 2021 and 2022, as required by the Renewable Energy Directive.

These are crops rich in starch, sugar or oleaginous produced on agricultural soils as the main crop (excluding residues, lignocellulosic materials and intermediate crops) whose limitation seeks to avoid an increase in the demand for land for energy purposes, which would deviate its main purpose as food product. This limitation translates into a maximum percentage of 7.2% that can be accounted for to meet the biofuels targets in transport of 9.5% and 10% in 2021 and 2022, respectively.

The text transposes the provision included in the Directive with respect to biofuels with a high risk of indirect land use change, from food and forage crops for which an expansion of the production area is observed on land with high reserves of carbon (forests, wetlands, peatlands, etc.) so that, from the year 2022, they do not exceed the level of consumption of these same biofuels reached in 2019. An excessive use of these biofuels would imply a high risk of increased emissions of greenhouse effect gases.

In this sense, the Ministry will set a path for its progressive reduction between 2024 and 2030 by ministerial order so that this type of biofuels will cease to be used before the end of this decade.

In addition, a resolution will define which are these biofuels in accordance with community regulations and will establish the maximum percentage that they may have for the fulfillment of the objective of sale or consumption of regulated biofuels.

In addition, with the aim of ensuring the sustainability of biofuels from used cooking oil and animal fats, the Royal Decree also sets the limit for the use of these raw materials at 1.7%, both for the objective on consumption end of energy in transport established in the Renewables Directive, as well as for the contribution of these biofuels in the sales or consumption target for 2021 and 2022.

However, as allowed by the Directive, this limit may be increased if the availability of raw materials is justified, after approval by the European Commission.

Finally, in order to prepare the transition towards advanced biofuels – from raw materials that do not compete with food crops such as waste or algae – and to minimize the consequences of indirect land use change, this Royal Decree sets advanced biofuel penetration targets: indicative of 0.1% by 2021 and mandatory of 0.2% by 2022.