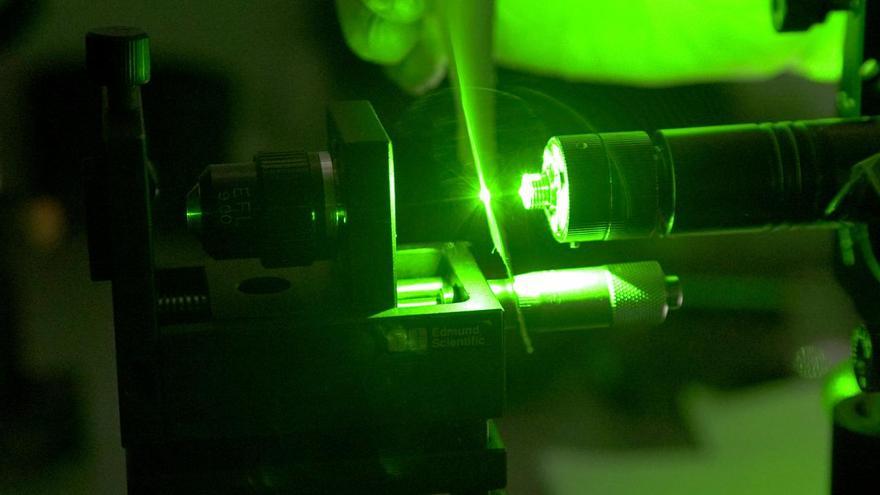 According to the General State Budgets approved by the Council of Ministers for 2021, the Instituto de Astrofísica de Canarias (IAC) will receive next year an item of 9 million euros from the State Plan for Investments and Reforms. This extraordinary endowment, which will be used for investments in technological infrastructures, is added to the funds corresponding to the annual transfers it receives from the Ministry of Science and Innovation. The IAC thus becomes, once again, in a great engine that attracts foreign financing to the Canary Islands to promote technological development and job creation.

The Investment and Reform Plan for Economic Recovery that the IAC foresees comprises two major actions. The first, “Avant-garde technologies for astrophysical instrumentation”, with a budget of 2 million euros for 2021 (3.5 for 2022). Its objective is to improve and increase the capabilities of the IAC in advanced technologies for systems: mechanical and opto-mechanical, cryogenic and vacuum systems, precision mechanics, adaptive optics systems, fiber optics, control systems, sensor characterization, electronic systems and software design.

The Instrumentation Area of ​​the IAC, which has more than 70 highly qualified engineers, faces key challenges that require human capital, knowledge and highly specialized equipment, in competitive areas of the sector, such as the construction of cameras and infrared spectrographs based on technologies of the high vacuum and cryogenics, optical cameras, polarization analyzers, systems powered by optical fibers, optical devices for measuring and correcting the disturbances introduced by the atmosphere on the light received by scientific instruments, as well as in other transversal areas that represent a breakthrough technician in specific useful aspects, either in future astronomical instruments or in non-astronomical technical applications projects. Ultimately, mastering these technologies will allow the IAC to maintain a prominent role in proposals for the construction of future telescopes and their scientific instrumentation.

“It is fundamental – explains Prof. Rafael Rebolo, director of the IAC- deepen and acquire frontier capabilities in all the technologies that are essential to provide due support to the numerous technology projects active in the center, including the large projects that the IAC is negotiating for the coming years (for example, EST , TMT, etc.), to support the maintenance and improvements of the instruments and telescopes in the Canary Observatories and to collaborate with the technological projects of IACTEC, our space for public-private cooperation in R + D + i. ”

As main measures within this first action, the increase of capacities in vacuum technologies, cryogenics and automatic security control in cryogenic infrastructures will be financed, the development of adaptive optics will be favored, and high precision spectro-polarimetry will be promoted for Solar Physics, the technical means of the Instrumentation Area of ​​the IAC will be reinforced and advanced engineering skills will be developed.

The second major action that will obtain State funding within the framework of the Investment and Reform Plan for Economic Recovery plans to make IACTEC a center for advanced optical technologies of international reference, with a budget of 7 million euros for 2021 (9, 5 by 2022). The objective is to position IACTEC, the new center of the Instituto de Astrofísica de Canarias located in the Tenerife Science and Technology Park of the Cabildo de Tenerife in La Laguna, on the frontier of technologies for advanced optical systems; promote collaboration with the science industry, promoting innovation and diversifying the economy; contribute to the development of talent and a dynamic and innovative productive fabric, in the Canary Islands and in the rest of Spain, by promoting the co-production of technological knowledge with technology-based companies, especially in the Astrophysics and Space sector, prioritized by the strategy RIS3 of the Canary Islands, and thus promoting the appearance of new business activities with high added value in the region.

In this environment of innovation, the IAC considers it essential to strengthen its activity in areas for which it already has strategic capabilities, such as optics, electronics, the development of specific software applications and precision mechanics. IACTEC will direct its activity towards the application of advanced optical technologies for space sciences and scientific instrumentation in sectors such as medicine, security and the environment. And it will develop transferable R&D projects, mainly in the field of capture technologies, processing of light and electromagnetic waves in general.

It will also allow technological and business cooperation to take advantage of the IAC’s knowledge in the development of advanced scientific instrumentation while contributing to the industrial development and commercialization of high added value products in the Canary Islands.

“IACTEC – Rebolo underlines – will be the IAC spearhead for the socio-economic valorization of R&D, feeding the regional innovation ecosystem by supporting various business initiatives, creating highly qualified jobs and promotion of technological valorization and innovation. In all these objectives we have the collaboration of the Cabildo de Tenerife and its Science and Technology Park ”.

IACTEC is aligned with the Proposal of the European Commission of the Regulation of the European Parliament and of the Council by which a Mechanism of Recovery and Resilience is established [COM(2020) 408 final], while conforming to the 3rd Specific Recommendation for Spain of the Council of the European Union regarding the National Reform Program of 2020, (COM / 2020/509 final) referring to “Focus investment […] particularly in promoting research and innovation ”.

As the main measures within this second action, the creation of the Center for Advanced Optics and Photonic Laboratory will be financed, capacities in optical and infrared technologies for payloads in microsatellites will be increased, the know-how For new Aperture Masking Interferometry (AMI) technologies, digital optical communications with space will be promoted, technology will be transferred to the medical sector and an item will be earmarked for advanced training and entrepreneurship.

The initiatives that the IAC presented to the State Plan for Investments and Reforms have had the strong support of its Governing Council, especially its president, the Minister of Science and Innovation, Pedro Duque, of the President of the Government of the Canary Islands, Angel Victor towers, from the Minister of Economy, Knowledge and Employment, Elena Máñez, and the Secretary General for Research, Rafael Rodrigo.