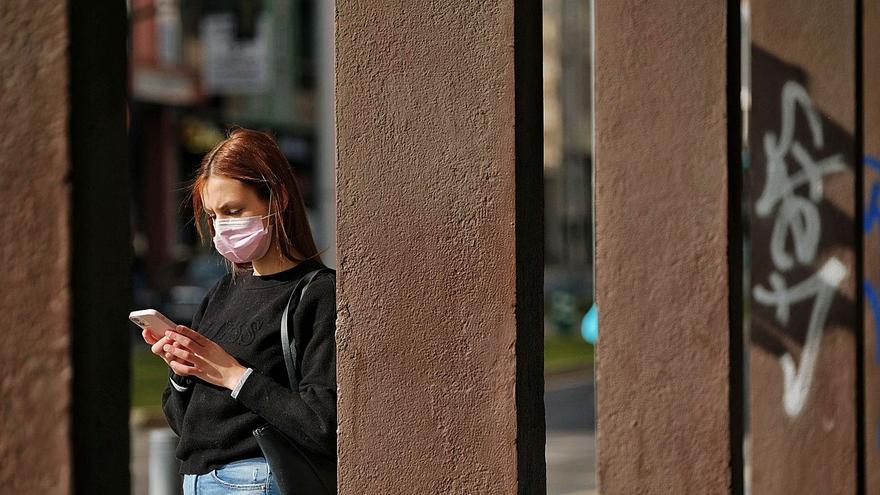 This variant, which already dominates in most European countries – also most of the Spanish autonomous communities – and other locations such as Israel, has managed to expand so rapidly thanks to its greater transmissibility. The Ministry of Health also considers that it could also be more lethal, although some studies have linked the higher proportion of deaths with its rapid dispersal, since it causes a higher percentage of cases to end up in hospital and, therefore, more healthcare pressure. At the moment this condition is being studied. In eleven autonomous communities the dispersion of the variant is greater than 70% and in five it is already predominant in more than 90% of the cases. These communities are Asturias (98.7%), Cantabria (95%), Galicia (95.3%), Navarra (93.7%) and Catalonia (90%), in addition to the Canary Islands, which do not offer data on their epidemiological status to the Ministry of Health. The community with the least dispersion of the British variant is Castilla y León, where only 51.3% of diagnosed cases have this mutation.

Regarding the South African variant (B.1.351), in Spain three sporadic cases and 9 outbreaks have been detected (in which the total number of cases involved was 72 people). 29 of these cases have been confirmed by sequencing. Two outbreaks and two sporadic cases are related to travel to Tanzania (11 cases), Cameroon (2 cases), South Africa (1 case) and Equatorial Guinea (1 case) respectively. Regarding the Brazilian variant (P.1), in the Canary Islands, 9 cases of this variant were reported in December associated with a hospital outbreak in Gran Canaria.

In relation to the outbreaks, a Covid outbreak in a wake held on March 15 in Arrecife, which is still under follow-up, already adds 19 cases of Covid-19, two of them in the ICU, as confirmed to La Voz of Lanzarote the Ministry of Health of the Government of the Canary Islands. The two affected who are admitted to the Intensive Care Unit of the Molina Orosa Hospital are 31 and 60 years old. As indicated by Health, the first person affected by this outbreak of a social and family nature was detected in Las Palmas de Gran Canaria on March 18.

For its part, the Hospital de La Candelaria notified yesterday an outbreak of coronavirus with 18 affected, of which two are health workers who have been vaccinated, on the 8th North floor of the center, where the Otorhinolaryngology and Neurology services are located. The rest are 16 patients who were already hospitalized and have been referred to the Covid-19 plant. The outbreak has forced the hospital to reschedule the surgical interventions that it had pending but that are not for serious patients or cancer patients.

Gran Canaria added 57 new outbreaks of the 99 found throughout the Archipelago –and related to 577 cases–. In Gran Canaria there is an outbreak in the workplace and family that affects 13 people and is related to the activity of security forces and bodies. Four of the five new educational outbreaks have also been reported on this island. These have 11, 8, 8 and 5 cases assigned. The last educational outbreak occurred in Fuerteventura and has expanded to 12 people having attended a duel.

E Reduction of cases. Both Gran Canaria and Tenerife reduced their new diagnoses yesterday. Tenerife, by adding 111 cases, reduced its contagion rate by 3.6% compared to the previous week, which together with epidemiological indicators that predominate at risk level 2, shows a good trend for the island. However, Tenerife maintains a high ICU occupancy of 18.9%, which places it at a high risk level. Regarding Gran Canaria, adding 113 new cases yesterday reduced its ascending rate of infections. However, four of its risk indicators remain at high risk. Fuerteventura added 12 cases and La Palma, Lanzarote and El Hierro 1. The latter means that El Hierro is no longer free from Covid-19.

Months after recognizing that some public officials in the Islands had been vaccinated against Covid-19, skipping the order provided in the National Vaccination Strategy, the Government of the Canary Islands hides whether there have been more cases of this nature. The answer to different written questions asked in the Parliament of the Canary Islands has been the same: these names are not of general interest and pointing them out would be a greater harm than the supposed benefit.

This is reflected in at least two resolutions to questions from the deputies Vidina Espino (Cs) and Luz Reverón (PP), who requested information in January on which positions of the Government of the Canary Islands had been vaccinated. The response explains that, although it is in the public interest to disclose the personal data of these people, before doing so, the proportionality of removing them to the public arena should be weighed.