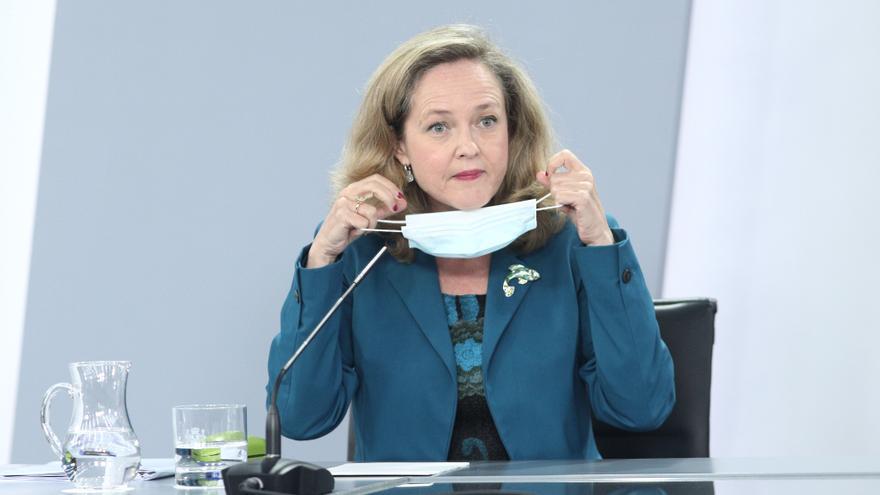 The Council of Ministers has approved in the Council of Ministers this Tuesday the extension of the term for the granting of ICO guarantees until June 30, 2021 and the extension of the repayment term to a maximum of eight years as the agents had repeatedly requested social. In the Royal Decree, presented by the Vice President of Economic Affairs and Digital Transition, Nadia Calviño, to support business solvency, it also includes the extension of protection against purchase movements of Spanish companies by investors from the European Union, when Until now it only applied to countries outside the EU.

With the impact of the pandemic, the price of Spanish companies has been deeply affected, despite the recent rise due to the announcement of the possible arrival of vaccines. This fall in the markets made certain companies experience growing weakness that made them attractive so that other companies could take advantage of the situation to launch purchase operations. At the beginning of the pandemic, the Government approved the possibility of vetoing foreign investments from non-EU countries in companies in strategic sectors that require authorization from the Government. Now the prior authorization of the Executive will also be for investors from the European Union who want to enter or buy listed companies or when the operation is of more than 500 million for unlisted companies in said strategic sectors. This preventive measure will be in force until June 30, 2021 for EU investors and there is no elimination date for non-EU investments.

The Vice President of Economic Affairs, Nadia Calviño, explained that the new rule allows the extension of the term for the granting of the two lines of guarantees (of 100,000 million and 40,000 million euros) until June 30, 2021, in addition to extending the repayment period in three more years, up to a maximum of eight years, and that the grace period is increased to 24 months, when it was 12 months.

The decision to increase the term or the grace period will depend on the request of the debtor, the bank is obliged to grant this extension under the same conditions in which the loan was granted, but the company must meet the conditions of not being in bankruptcy of creditors or in default. However, if the extension reaches seven or eight years, there is an increase in the number of guarantees that the Ministry will allow the financial institution to affect the company that has requested the loan.

In addition, to make the processing more agile, deductions are established in the costs of notary fees, which correspond to the banks. According to the Ministry of Economic Affairs, this measure will benefit more than 550,000 companies. Calviño has underlined that 881,000 operations have been carried out endorsed by the ICO for a financing of 108,000 million.

Given the extension of these guarantees, the Royal Decree will allow ICO to have access to the financial information of the companies that have applied for the loans, collected in the Bank of Spain's Risk Information Center. Until now, the public body only had access to the data of the credits that it had endorsed, now it will be able to access all the data to know what the client's situation is with the financial entities.

The economic vice president has insisted that these measures serve to "support solvent companies, allowing them to restructure their debt and reinforce their liquidity and solvency", but has specified that they are aimed at companies that were in a solvent situation before the impact of the COVID 19 pandemic.

Regarding the criticisms launched from the Bank of Spain in which they asked that the insolvency measures not involve the maintenance of 'zombie companies', Calviño has indicated that it coincides 100% with the positions of the monetary institution to carry out a modification of the bankruptcy regulations but that will be done in the medium term, now a change of this magnitude would negatively affect economic activity.

Another measure included in the new rule is the increase in the minimum threshold for a company listed on the Alternative Stock Market (now renamed BME Growth) to go to the Continuous Market. The dividing line for 500 million to 1,000 million euros. According to the Ministry, in this way companies will have more possibilities of development in the alternative market and more time for growth until they move to the Continuous, which requires more transparency and control measures.

The royal decree also includes a new transfer of funds from the State to Social Security and the SEPE to meet their payments, increased in this crisis by the coronavirus. In the case of Social Security, it is an extraordinary credit supplement of 6,000 million euros "to balance the impact on the Social Security accounts derived from COVID-19", explains the Ministry led by José Luis Escrivá in a note.

They are thus added to the 14,002.59 million euros of transfers that the Executive already approved in the month of May with the same objective: "Address the exceptional measures put in place by COVID-19", such as the unemployment of the self-employed and the exemptions from social contributions in ERTE. The credit approved for the State Public Employment Service (SEPE) reaches 2,300 million euros to meet the higher expenditure on ERTE benefits and other aids, such as the subsidy for domestic employees.