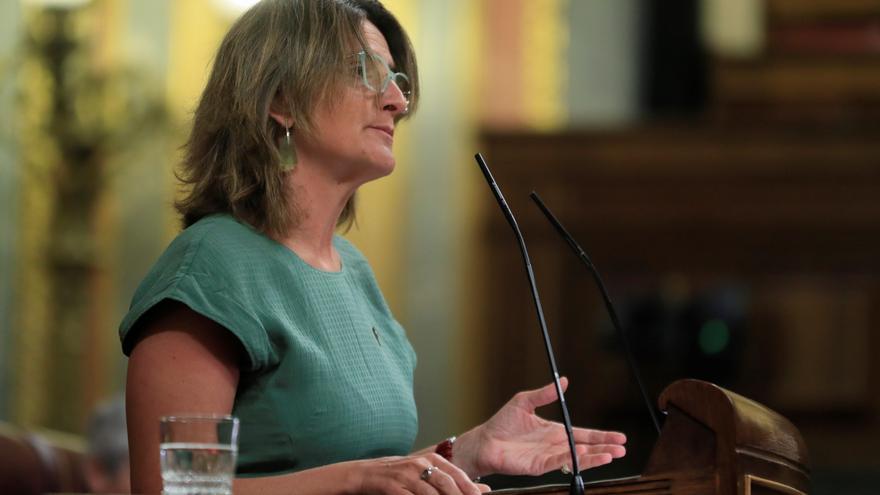 The Government has executed the first guarantees of failed renewable energy projects awarded in the auction carried out in 2016 by the Executive of Mariano Rajoy. These are promoters who did not meet the milestones set to win that power in that first auction and who have not started this year, as planned.

In a first batch, according to sources from the Ministry for Ecological Transition, the power to be canceled due to non-compliance is 22.19 megawatts (MW) awarded in that first auction, for which a total of 700 MW (500 MW of wind and another 200 MW of biomass) with a view to reaching the goal of 20% renewables for this year. The volume of guarantees to be executed in this case has been about 0.44 million euros. In addition, in the coming weeks the procedures for the enforcement of the guarantees of the 2017 auctions will begin for an estimated amount much higher, of 101.6 million euros. It is estimated that the Government will execute around 21% of the guarantees presented in these bids.

Sources from the Teresa Ribera department point out that in the case of the 2016 auction the level of success was “exceptionally high”, because “97% of the awarded power has been built on time, that is, of the 700MW they have been built approximately 678 MW “.

In application of the provisions of article 48 of Royal Decree 413/2014, of June 6, the General Directorate of Energy Policy and Mines has initiated the cancellation procedure due to non-compliance with the registration in the specific remuneration regime registry in the state of pre-allocation and execution of the guarantees for those successful bidders who have not complied with the temporary requirements established in the auctions.

Ecological Transition has started the procedure for the execution of the guarantees of the facilities awarded the 2016 auction, which had an amount of € 20,000 / MW. In that auction there were no intermediate milestones, so the procedure is started for the part of the power not built. In the 2017 auctions, guarantees rose to € 60,000 per MW awarded and a series of intermediate milestones were set. With them, some 8,200 MW of wind and photovoltaic energy were awarded. Those macro auctions were at the time highly criticized by the sector due to its high complexity.

Three years later, with renewables as great hope for recovery from the coronavirus disaster, the sector has been waiting for months for the Government to launch a new auction procedure to channel the avalanche of green MW (30,000) that Spain plans to install in the next decade to decarbonize its electrical system. In June, the Government approved a Royal Decree-Law of urgent measures to promote the “massive” installation of renewable energies as the first step to launch these auctions, establishing their main principles and taking into account aspects such as manageability and the technological maturity of the technologies.

The effective implementation is pending the approval of a Royal Decree on which the Council of State has already ruled and which includes the mechanism of these auctions. These will be done in a closed envelope and in them the product to be auctioned will be the power, the energy produced or a combination of both, and the variable will be the price in euros / MWh. After this decree, which will be approved soon, according to the Ecological Transition, it will be necessary to approve the corresponding ministerial orders to call the auctions. In parallel, the regulation on access and connection to electricity networks is pending, which must be approved by both the Ecological Transition and the National Markets and Competition Commission (CNMC).