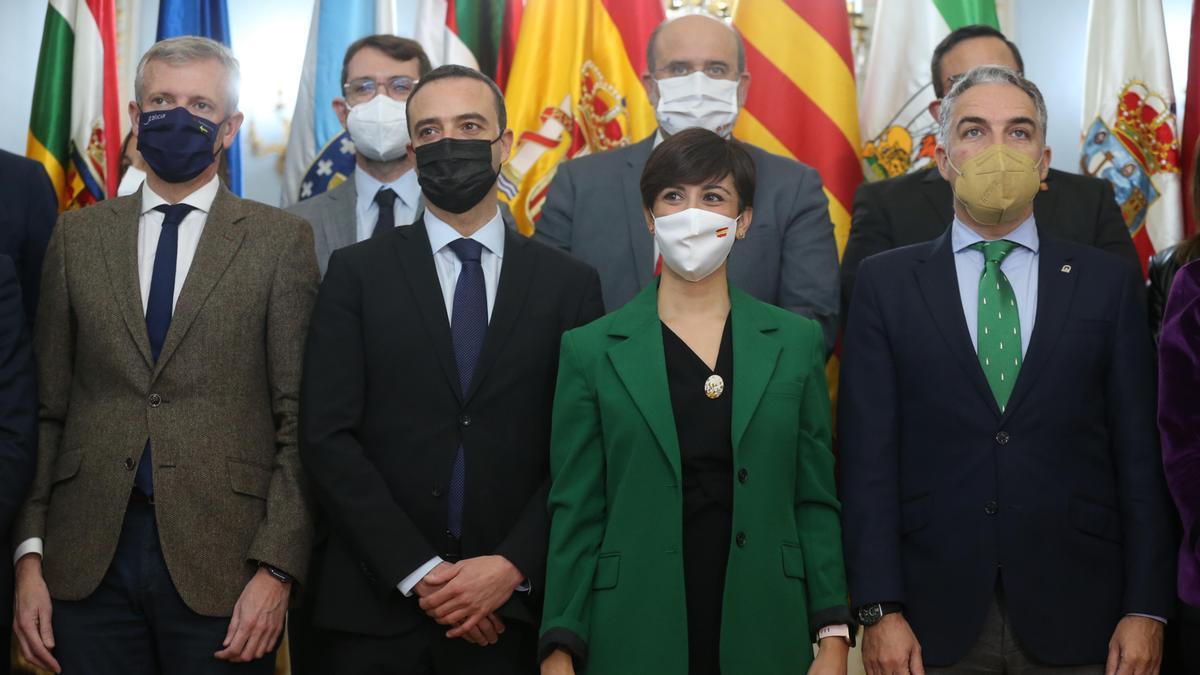 The Minister of Territorial Policy and Government spokesperson, Isabel Rodríguez, has advanced this Friday that it is not foreseen that the agenda of the Conference of Presidents that will be held on the island of La Palma at the beginning of the year – the date is yet to be determine and, to a large extent, depends on the evolution of the volcano- address the reform of the regional financing model and the COVID Fund, as requested by several autonomous communities, and has limited cooperation in matters of Civil Protection, European funds and the reform of the Regulation as the three issues to be discussed.

This was announced by Minister Rodríguez at a press conference after having met with all the autonomous communities, except the Basque Country, at the ministerial headquarters to prepare this Conference of Presidents which, “foreseeably”, will be held the second or third week of January depending on how the eruption of the volcano evolves. Pedro Sánchez’s intention had been to celebrate it on the island this December.

As he has argued, the Government has decided not to include these extremes of regional financing and the COVID Fund, since there is not yet an agreement between the autonomous communities themselves, and has limited the issues in the that there is a prior consensus like the three previously mentioned and in which they have been working in this preparatory committee for this forum.

“We want to speak only in agreement, not about those issues that we do not share. There are many more issues that unite us,” said Rodríguez, who has specifically rejected the establishment of a new COVID fund for communities, as they have claimed several autonomous governments, including Andalusia or Catalonia. However, the minister has ensured that the regional presidents will be able to raise the issues they consider appropriate in their speeches.

“There has not been a coincidence of all governments,” he pointed out, before acknowledging that the Government is not willing to launch funds similar to those it activated in the hardest part of the pandemic for an amount of 16,000 million for the autonomies : “The moment of emergency in health management has passed, which is what led to these COVID funds. Now the Government today continues to guarantee via General State Budgets, with an additional fund of 7,000 million, the maximum financing that the companies have ever had. communities “. That money, he explained, will be used for education or health, which are “the services affected” at this time by the blows of the pandemic. Regarding regional financing, the Ministry of Finance plans to send the communities a proposal for the calculation of the adjusted population from which to begin the negotiation of the new system.

Aragonès studies whether to go

Catalonia has been present at the multilateral meeting this Friday and the Catalan Minister for the Presidency, Laura Vilagrà, has declared that the President of the Generalitat, Pere Aragonés, will study whether to attend the meeting. “I will immediately forward to the President the documentation and the agenda for the next Conference of Presidents and we will finish assessing whether their presence is necessary,” he said.

“We have come because the order of the day is substantial; now I will convey to the president what has been discussed and we will value, but we have attended “due to the special interest” that issues such as European funds have, or the need of the communities for the COVID funds to be extended for next year as well ”, has explained, referring to today’s meeting.