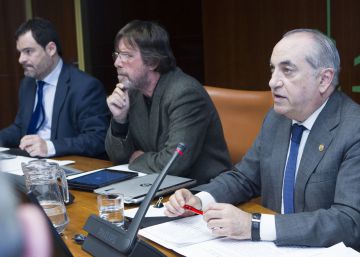 Euskadi can take a deep breath. Despite the industrial level, which exceeds 25% of its GDP, the air quality during 2018 was good or very good, according to data collected by the 53 control stations and six mobile units spread across different Basque municipalities. Both carbon monoxide (CO), sulfur dioxide (SO2), nitrogen dioxide (NO2), ozone (O3), and others such as benzene, heavy metals such as arsenic, cadmium and lead, and benzopyrene, as well as suspended particles, remained last year below the limits established by international regulations, the report prepared by the Department of Environment. All these data will be known in real time. It is now available to download a mobile application that will allow you to monitor air quality. Another of the department's investments is a mobile laboratory that will identify volatile organic compounds or detect contaminants that cause odor.

According to the annual report presented this Monday in the Basque Parliament, throughout 2018, there were only three high sulfur dioxide values, although below the allowed limits. These peaks were detected in the stations of the Donostiarra neighborhood of Añorga, where a cement plant is located; in the Monte Arbaiz mountain range, where the Zabalgarbi incinerator is located, and in the neighborhood of San Julián de Muskiz (Bizkaia), a municipality in which the Petronor refinery is located. The values ​​at these points were 273, 271 and 263 micrograms per cubic meter of air respectively, when the regulations establish that the limit of 300 micrograms cannot be exceeded more than 24 times a year.

The Minister of Environment, Territorial Planning and Housing, Iñaki Arriola has said that these results guarantee that "the air quality is good or very good and has nothing to do with pollution and bad fumes that were breathed in the decades of the 60, 70 and 80 of the last century in the inhabited areas near the main industrial centers of Bizkaia and Gipuzkoa ".

The new application for IOS and Android devices, called Air-Air Quality in Euskadi, shows the quality index, pollutant concentrations and evolution graphs in each of the 53 stations that make up the Air Quality Control Network. It allows to visualize the index of quality of the air registered in each station, as well as to obtain information of the concentrations of the different contaminants. The tool also offers an evolution chart with the data of both the last 48 hours and the last week. The pollution indexes recorded daily by the Euskadi Air Quality Control Network are adapted to the parameters defined by the European Environment Agency.

Arriola has also presented the new mobile laboratory that allows reprocessing samples to detect compounds that are not detected by the method standard, as well as to differentiate compounds that until now it was not possible to discriminate. That is, sources of volatile organic compounds can be identified or contaminants that cause odor can be detected, and on the other hand, study different environments in the Basque Country in order to know the population's exposure to pollutants different from those that have been conventionally measured. To date, only the United States and China have mobile laboratories with similar scope, the adviser has congratulated.

This new laboratory consists of a weather station, an automatic suspension particle measurement system, a suspended particle collector on which the content of metals and hydrocarbons is determined, and the volatile organic compounds monitoring unit. Its configuration allows to identify, have indicated, the risk, the foreseeable origin of the same and establish a control parameter. The laboratory also incorporates a moisture removal system and a gas chromatograph coupled to a flight mass detector. This innovative mass detector makes it possible to refine the identification of contaminants, thanks to its exceptional sensitivity and record quality.