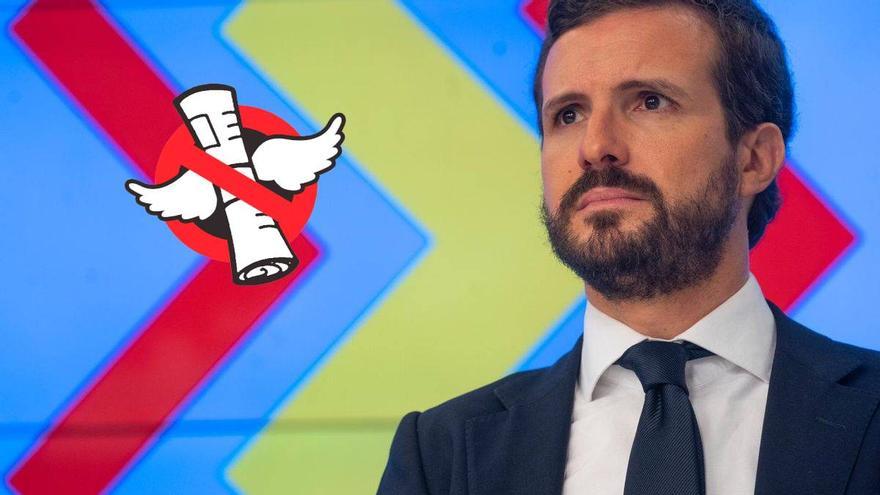 In full health chaos in the Community of Madrid and after months accusing the Government of an "authoritarian" drift due to the state of alarm that it decreed in March to control the pandemic, the leader of the PP, Pablo Casado, now insists on each of his public interventions in which the competence of pandemic management corresponds exclusively to the central Executive and not to the autonomous communities.

However, there is no regulation that states that the Government is in charge of managing Health in the event of pandemics, or that during health crises such as the coronavirus, the autonomous communities lose the competence in public health that their respective authorities grant them. statutes of autonomy.

The Public Health Act of 2011 it limits itself to establishing that "the state health authority shall have powers to act in public or private activities to protect the health of the population." This does not imply that the autonomous communities lose their powers. The Government is also in charge of launching alerts in the event of pandemics, but in no case does it manage Health, as Casado says, since it is an autonomous competence.

Despite this, this Monday the leader of the PP again insisted on that same idea during an interview on Telecinco. "One thing must be said very clearly. The exclusive competence of the pandemics declared at the international level belongs to the state governments. I am not saying this, but rather a law that Zapatero approved in 2011," said Casado in the aforementioned interview.

He was referring to the aforementioned Public Health Law which, however, does not support such a claim. The regulations only circumscribe as functions of the Ministry of Health "the management of alerts of a supra-autonomous nature or that may transcend the territory of an autonomous community or the management of alerts that come from the European Union, the World Health Organization and other organizations international and, especially, those alerts contemplated in the International Health Regulations (2005), where appropriate, in coordination with the autonomous communities and the cities of Ceuta and Melilla ".

The Government is also responsible for "coordinating and evaluating the Public Health Surveillance Network, ensuring that the criteria used in surveillance are homogeneous, homologated and for the timeliness, relevance, and quality of the information; the coordination and management of the exchanges of information corresponding to surveillance both at the national level and at the level of the European Union, the World Health Organization and other international organizations related to public health ", as well as" the coordination of messages addressed to the population in the event that the health authorities issue communications or recommendations in contexts of alert or health crisis or that affect uncertain risks that could affect more than one autonomous community ".