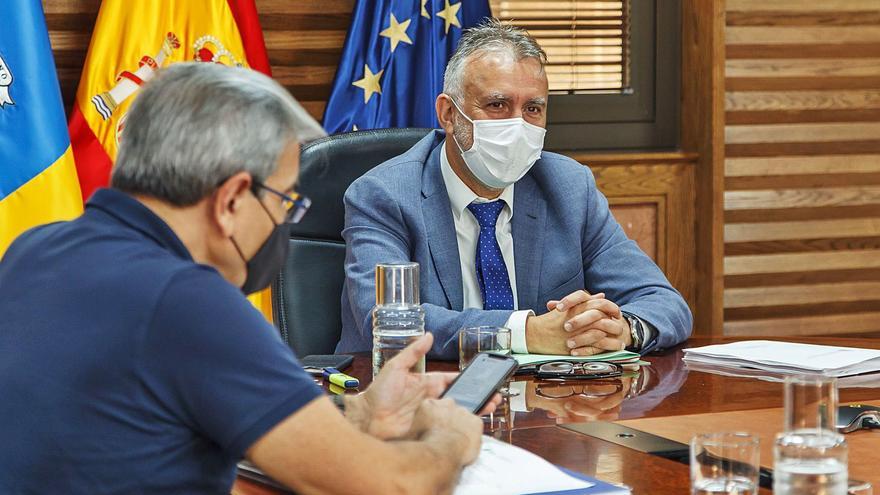 Torres stressed that, in the face of other natural disasters that have occurred in recent years, all possible mechanisms and formulas have now been put on the table to speed up the processing of aid and reach its recipients. For this reason, the decrees and royal decrees that have been approved so far include measures to reduce deadlines and procedures in an exceptional way since the volcanic eruption is an unusual event, to which is added the declaration of La Palma as catastrophic zone. Torres recalled that in addition to the 14 social workers who have been hired to resolve the socioeconomic reports of the affected families who have been left without housing or income, they have also hired 15 psychologists to serve those who have been emotionally hit by this catastrophe. In this sense, the office of attention to the victims that has been opened in Los Llanos de Aridane has already begun to function and both those affected who have been left without a home and those who have lost businesses and crops also have the information in these facilities of available resources.

The Prime Minister participated in a new mixed Commission together with other members of the Executive, together with representatives of the central government -among them the president Pedro Sanchez-, the Cabildo de La Palma and the three municipalities affected by the eruption. Sánchez shelled the economic items approved in the last Councils of Ministers, which amount to a total of 224 million euros and which will finance employment plans, purchase of homes and appliances, aid to the primary sector, national parks and biodiversity, among other actions. Likewise, he insisted that a tanker will arrive shortly to help in the irrigation tasks of the areas isolated by the runoffs next to the two desalination plants that are being installed in the area, as well as various cisterns provided by the Ministry of Defence.

Torres announced that President Pedro Sánchez will visit La Palma again on Wednesday and that he will be present at the daily meeting of the Pevolca. The president of the Canary Islands will be in Madrid tomorrow at the events on the occasion of Hispanic Heritage Day and on Wednesday before traveling to La Palma he will respond in plenary session of the Parliament to the questions of the groups. On Thursday he will appear in the Chamber at his own request to explain the details of the eruption, the deployment of means and the actions that are being carried out by public administrations to help the affected population.

Torres also alluded to the six million autonomous regions to face cases of vulnerability with purse cards and other formulas, such as the seven million contributed from the Economy area for, above all, sectors such as the primary sector, apart from the fact that the Canary Islands Government assumes all the expenses of the more than 200 victims located in the hotel of Fuencaliente. In this sense, he recalled that there is an employment plan with 63 million, of which 22 for affected companies, especially in the agricultural and livestock subsectors.