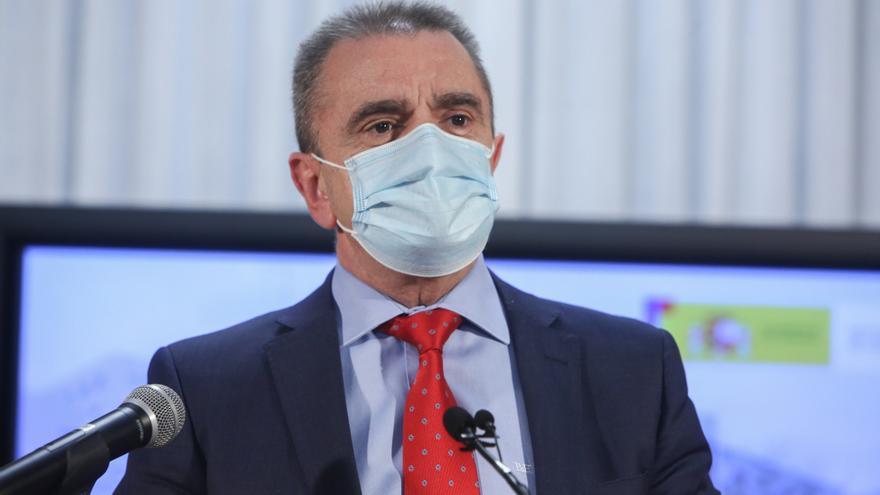 Pedro Sánchez already has a substitute for Irene Lozano at the head of the Higher Sports Council (CSD): José Manuel Franco, current Government delegate in the Community of Madrid and leader of the Socialists in the region, as Marca has advanced and government sources have confirmed to elDiario.es. The exchange comes after Sánchez recovered Lozano for Ángel Gabilondo’s list for the elections on May 4. Franco will be replaced at the head of the Government Delegation by the current councilor in the City Council of the capital, Mercedes González.

Franco’s is not the only change in a government delegation to the Council of Ministers this Tuesday, in which the dismissals of those who make the leap to electoral candidacies will take place. It will also be the last meeting of Pablo Iglesias as vice president before Yolanda Díaz takes over from him and Ione Belarra takes over the Ministry of Social Affairs and the 2030 Agenda.

Sánchez will also take advantage of this Tuesday to remove the current government delegate in Andalusia, Sandra García. His appointment at the beginning of this term was agreed with Susana Díaz, who showed him as an example of harmony between Moncloa and the PSOE-A. However, Sánchez is clear that the former Andalusian president cannot be the future of the largest federation of socialism and a traditional barn of votes for the PSOE. Despite attempts to relieve Díaz in a friendly way, the current leader of the PSOE-A refuses to take a step back and Ferraz is aware that there will be a battle. The current mayor of Seville, Juan Espadas, is chosen to compete with Díaz. At the head of the Government delegation in Andalusia, Sánchez will appoint Pedro Fernández, mayor of the Granada town of Baza.

The other change in a government delegation will take place in Galicia and it also has an internal socialist reading. Sánchez will dismiss the former mayor of A Coruña, Javier Losada, and will place as representative of the Executive the councilor of Ames, José Manuel Miñones. It is the second message from the socialist leadership to Gonzalo Caballero’s PSdG. Miñones, very critical of the current Galician socialist leader, was the one chosen by Ferraz to participate in the elaboration of the political presentation of the 40th Congress. After the Galician elections last July, in which the Socialists again obtained a bad result, the leadership chose not to intervene in the Galician federation. However, in Ferraz they have the PSdG marked in red as one of the territories in which, as in Andalusia, there will be a battle for leadership this winter.