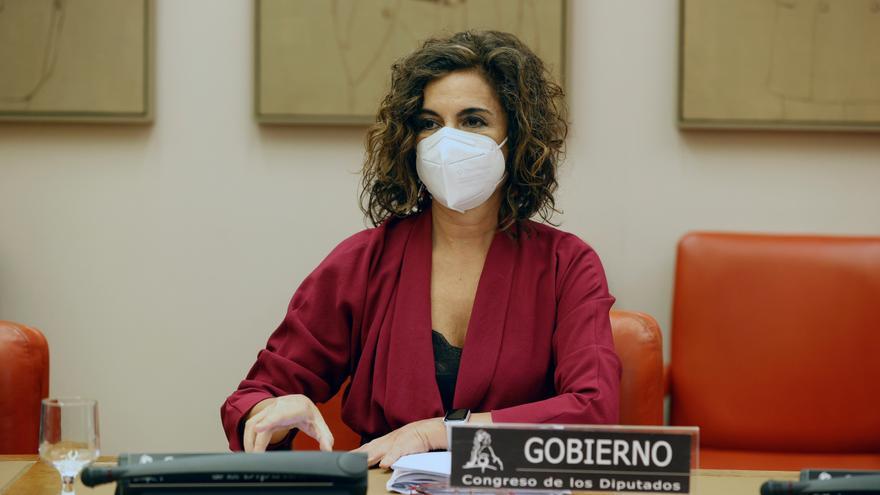 María Jesús Montero, Minister of Finance and Public Function, defended this Thursday in Congress the mechanism agreed by the Government, PNV and ERC for the conversion of positions occupied by temporary workers since before 2016 into permanent positions without the need to call oppositions but through a merit contest. “A very serious study of jurisprudence has been done to avoid prosecution,” he argued against the warnings that different unions and autonomies have made in the face of the possible difficult legal fit of this system.

Montero has gone to the Finance and Public Function Commission to explain the main lines of his ministry in this matter, after having assumed it in July in the last remodeling of the Government. However, the mechanism that was announced just a week ago has focused much of the intervention of the minister and the representatives of the different groups. The formations of the right have advanced their rejection of this reform of the law that the commission is processing. For this reason, Montero has taken for granted that the rule will end in justice.

“We try to avoid prosecution but that does not mean that it is ruled out, because some groups are going to do it,” Montero pointed out, alluding to Vox, whom he accused of “trying to win in the Constitutional court what they do not get politically in Congress. “. Even so, the minister has recognized that some aspects such as at what point are the processes already open when this law is approved, must be duly explained in the regulation.

Last week PSOE, United We Can, ERC and PNV agreed in the commission to include in the new rule a system to consolidate the positions that have been occupied by interns since before 2016 and those that are occupied by temporary ones that have been in the administration since before of that date. The system would be through a merit contest and not through an opposition. Montero has emphasized, in the face of some doubts raised, that “we [a concurso] jobs for people to occupy, not for the people who occupy it to obtain a position, because it would be illegal. ”

It is a reform of the Royal Decree that Congress validated in July, but which forced it to be processed as a bill to include amendments by the groups, among which is this system. The objective of the Treasury, according to Montero, is that these procedures be opened before next summer. The goal set by the new rule is that only 8% of administration workers are temporary, compared to 30% that currently exists.

In addition, Montero has indicated that the new law will force the positions that have been occupied by temporary workers for three years to be removed from the opposition. If this deadline is not met, the workers who find themselves in this situation may be compensated. “It is not necessary to go to that extreme,” emphasized the minister.

Beyond the issue of temporality, Montero has advocated carrying out a renovation of the public administration in order to provide a “more efficient” service that supports the welfare state. Among other issues, he has called on the different administrations to take into account that by 2030 57% of current officials will have retired, which forces them to organize replacement and take advantage of “the incorporation of new profiles and professionals “.

The minister has also cited another of the pending issues that the Ministry has in matters of Public Function: teleworking. On October 1, workers were no longer included in the open telework system during the pandemic and had to return for four days in person and one for teleworking only, depending on the positions held. However, there is an agreement reached between the unions and the previous minister, Miquel Iceta, to develop a new mechanism that extended telework hours. but that was not legislated. Now, Montero has set the beginning of the year as the start of the new system, for which he will have to develop the new standard.