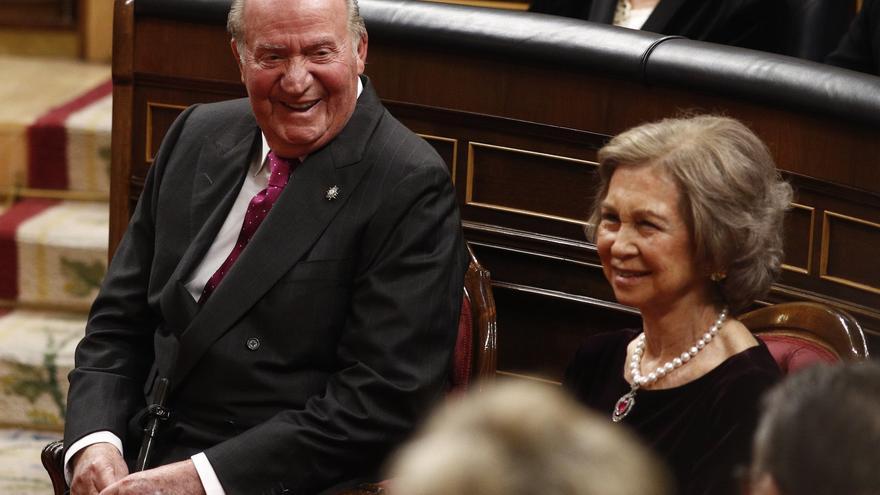 The Juan Carlos I’s decision to leave Spain In full investigations into its alleged illicit enrichment, it has generated all kinds of reactions from public leaders and representatives of the different political parties. The official communication from the Government highlights its “respect for the decisions communicated today by the Casa del Rey and the recognition of the sense of exemplarity and transparency that have always guided King Felipe VI since his arrival at the Head of State.”

Likewise, government sources have considered that “this decision strengthens the institution and allows the constitutional work of King Felipe VI.” And from the PSOE they have expressed “absolute respect for the decision made by the king emeritus.” “Our party supports the work and commitment of King Felipe VI,” said socialist sources.

From Unidas Podemos has been its spokesman in Congress, Pablo Echenique, who has published a Twitter thread in which he criticized the monarch’s decision. “On the decision of Juan Carlos de Borbón to flee Spain, several considerations: What does that solve? What is arranged with that? What improvement with respect to the monarchy? What improvement with respect to our democracy? Indeed, nothing”, Echenique maintains.

“People were not asking Juan Carlos de Borbón to leave Spain. People are asking for the truth about his allegedly corrupt activities to be known, to pay for the crimes he has committed and to return the evaded taxes,” adds the spokesman for the confederal group. “With pending cases in Spain and so much money to travel and protect themselves, is justice going to allow him to leave? Couldn’t that make the investigations difficult? We hope that this is not precisely the reason for the decision and, if so, it will stop him from running away, “he continued.

“From Unidas Podemos we will continue to explore all ways so that the shady businesses of Juan Carlos de Borbón are thoroughly investigated, the truth is known, the extent to which and to whom the plot reaches and the end of impunity is known,” Echenique ditch.

On the part of the PP, sources from the leadership of Pablo Casado have released a statement in which “he expresses his absolute respect for the decision of the king emeritus” which, in the opinion of the popular, “demonstrates with the statement known today his loyalty to Spain, to the parliamentary monarchy and to King Felipe VI. “Don Juan Carlos had a decisive and decisive role in the arrival of Democracy in our country and his legacy at the head of the institution has been fundamental for us Spaniards to enjoy today one of the most developed democratic systems in the world “, highlights PP.

Likewise, the popular reaffirm their “support and support for King Don Felipe, who has been exemplary in his role as head of state during these six years of reign.” Today, the PP never again calls for unity around the chief of the State, to the institution that represents and in defense of the Spanish Constitution as guarantor of the unity of Spain and of all Spaniards, “he insists.

The President of the Community of Madrid, Isabel Díaz Ayuso, has been one of the first to publicly show her support for the trajectory of the King Emeritus. “I want to underline the historical work of Juan Carlos I for Spain, to whom we owe the best years of our Democracy. And the strongest confidence in the Parliamentary Monarchy embodied by Felipe VI”, the Madrid president highlighted in a message in her personal account from Twitter. “Lose all hope. You will not send the Transition into exile,” said the PP spokeswoman in Congress, Cayetana Álvarez de Toledo, in another short tweet.

The general secretary of the Vox parliamentary group in Congress, Macarena Olona, ​​has denounced this Monday that the left wants “a public lynching” of the King Emeritus, either with him “alive” or with his “mortal remains”. “The hatred of the left knows no limits,” she wrote on her Twitter account, after learning of Juan Carlos I’s decision to establish her residence outside of Spain. “They want a public lynching. Alive or with the mortal remains. They have already demonstrated it. King Juan Carlos is exiled. Spain stays with Podemos,” the Vox leader lamented, before asking: “Who will they double for now? your casseroles? ”

Citizens, for their part, have expressed their respect for the decision of the King Emeritus and have shown their support for Felipe VI, trusting that “his recent and forthcoming steps will contribute to the exemplary nature of the Royal House.” “From Ciudadanos we respect the decision of the King Emeritus, Juan Carlos I, as well as the gratitude of the current head of state to that decision,” said the party chaired by Inés Arrimadas, according to reports. Carmen Moraga.

In addition, the formation that is called “liberal” has expressed its support for the current monarch. “We transfer our support to Felipe VI in his commitment to the good name of the institution he represents, with our Constitution and with our democracy, trusting that his recent and upcoming steps will contribute to the exemplary nature of the Royal Household.”

Requirements for the king emeritus to show his face

Instead, the President of the Generalitat, Quim Torra, has compared the announcement of Juan Carlos I with the forced exile of his grandfather, Alfonso XIII, in 1931 due to the advent of the Second Republic. The president has retweeted the news of the departure from Spain of Juan Carlos I in full investigation of his heritage with this comment: “Like Alfonso XIII.”

From ERC, his deputy spokesman in Congress, Carolina Telechea, has stressed that the king emeritus flees from the Spanish Justice “for corrupt” instead of staying “to face the dignity” and to respond to the courts for the alleged irregularities for which is investigated. “The best service you could do to Spaniards is not to run away from justice and stand up with dignity,” Telechea wrote in a Twitter message.

The leader of Más País, Íñigo Errejón, has also accused the king emeritus of “fleeing” from Spain without accountability and has asked him to “at least return the money” that he allegedly would have acquired by taking advantage of his position before leaving the country. “The king emeritus flees from Spain without accounting to ‘provide the best service to the Spaniards. It is scandalous. Unless he returns the money, which is a good thing for our country,” Errejón wrote in a Twitter message.

In the same vein, the Mayor of Barcelona, ​​Ada Colau, has considered that “allowing the flight” of Juan Carlos I “would be a fraud against democracy and all Spanish citizens”, referring to the announcement by the King Emeritus that he is leaving Spain . In a message on her Twitter account, Colau has assessed that corruption “must be put on trial” and has also asked for a referendum to choose the form of state between monarchy or republic.

Overfishing to sell meat, fins or oil puts half of the ocean’s sharks in danger of extinction