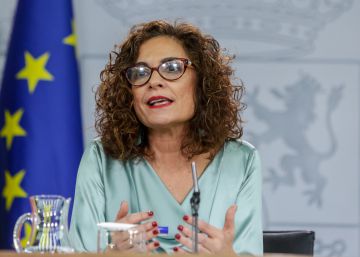 The new Coalition Executive ensures that the salary increase of officials planned for 2020 will occur as soon as possible. This is stated by Pedro Sánchez’s Chief of Staff, Iván Redondo, in a letter addressed to the CSI-F union last Wednesday, and this was repeated on Friday by government sources. The increase will be 2% and retroactive to January 1.

In 2018, the Pedro Sánchez Executive committed to the unions to comply with the salary increase agreement that the social agents had agreed with the previous Government for 2018, 2019 and 2020. For this year, the agreement provides for an increase of 2%, plus an additional 0.3% and 0.5% based on economic developments, but the rise remained in the air because the government was in office.

In a letter dated January 15, signed by Redondo and addressed to Miguel Borra, president of the majority union of the civil service CSI-F, the Executive communicates that the salary of public workers will rise “as soon as possible and with effect retroactive “.

The letter, to which EL PAÍS has had access and that arrives just after the approval of the rise of the pension payroll 0.9%, ensures that the Government is “committed to compliance with the agreements reached with representatives of the civil service, especially those related to the improvement of their remuneration.” “The legal condition to enforce that compliance was to have a full-fledged Executive, since, otherwise, according to our regulatory framework that regulates the capabilities of a functioning Government, any action in this regard would not conform to the principle of legality, “adds the document.

The Ministry of Communication reported on Friday afternoon that the Minister of Territorial Policy and Public Function, Carolina Darias, “has already established contact, after assuming her position, with some of the unions representing the public function” to reiterate the commitment of the president and the Government to increase the salary of officials by 2% “as soon as possible”.

In October of last year, while it was still in operation, the Government had already sent a letter to the unions in which it claimed to be “firmly committed to compliance with the agreed remuneration conditions”, but He claimed that in order to undertake the wage increase, he needed to have “full functions”.

That letter came in response to a letter sent that the union leaders of CSI-F, CC OO and UGT had sent to the President of the Government. In it they moved to be “aware of the legal limitations caused by this interim situation”, although they asked to look for “the necessary regulatory solutions to guarantee the salary increases agreed for 2020”.

CSI-F sources have assured Europa Press that the union will give the government a “reasonable margin” of time to complete its equipment and organize after the arrival of Carolina Darias to the Ministry of Territorial Policy and Public Function.

The union has valued the letter of the Government and its willingness to reach agreements and recalled that this week has already reached a pact to launch the negotiating tables. Likewise, he has assured that he hopes to start working with the Government soon and negotiate issues such as the development of the Basic Statute of the Public Employee, the professional career, the performance evaluation, the Public Employment Offer and a new agreement on working conditions.