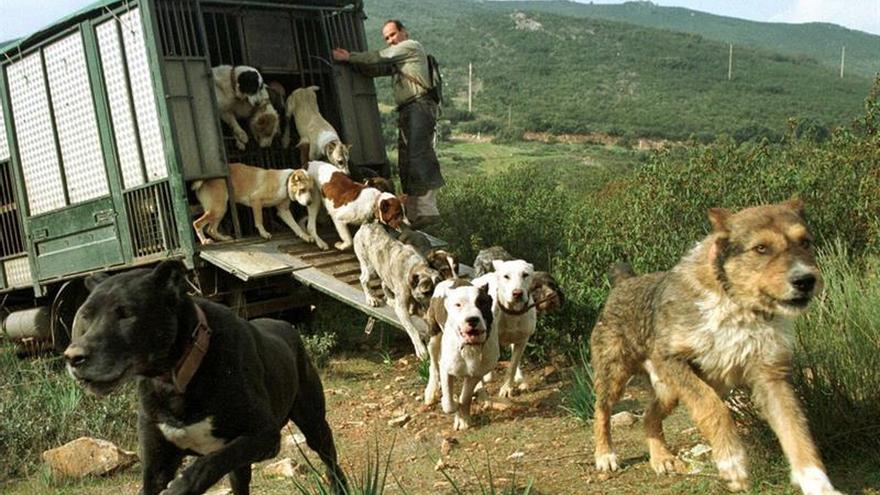 The Government considers hunting as a formula against emptied Spain. A "tool to combat the depopulation of rural areas", as stated in the draft of the National Strategy for Game Management, drawn up by the Ministry of Agriculture.

The text, which gives hunters the role of "fundamental piece in the management of territories", attributes to the group "numerous benefits" economic, environmental conservation, reduction of agricultural damage and ... "population fixation." The Minister of Agriculture, Luis Planas, has argued that "Spain has a lively and dynamic rural reality, of which the world of hunting is part and that must be respected and valued."

The draft comes as a mobilization is approaching supported by hunting organizations that, precisely, they have adhered their demands to the slipstream of the claims of emptied Spain. Hunters have demanded since last December to repeal parts of laws or to go against EU provisions, to give amnesty now prohibited practices or to eliminate the ban on species they want to kill, such as the Wolf wave turtledove. To vindicate these requests there is a demonstration called for March 20.

The Ministry's strategy details that, for hunting to be an "element in the fight against depopulation", measures should be promoted that make the activity attractive to young people and women, eliminate stereotypes of rural territories, increase attention to it. population and "preserve the sociocultural role of hunting and as a leisure activity of the population in rural areas". There is also a section designed to "make compatible and promote hunting as a dynamic economic activity" in the countryside.

On the fight against depopulation, the hunting management strategy incorporates ideas such as:

Furthermore, the document states that "hunting activity maintains and transmits customs and traditions that are part of the intangible cultural heritage of our society." The analysis of Agriculture expresses that this creates "social ties, roots and ties with the place of origin" so it serves to alleviate depopulation.

But the reality, recognized in the strategy itself, is that hunting is of less and less interest and is practiced by fewer and fewer people. It is an activity, above all, male since, among the objectives is to attract women, as stated in the text now in public consultation.

In fact, within the weaknesses of the sector, detected in this draft, are listed "the high average age of the hunter, the decrease in the number of licenses and the decrease in the group." Official licenses have fallen by 16%, in ten years: from 800,000 to 669,000 valid permits, according to the Annual Hunting Statistics, which is only updated until 2018.

Beyond the loss of hobby denoted by the licensing figures, this national strategy indicates that there is a "bad image" that "society has of hunting activity." This image, argues the document, undermines the benefits it assigns to hunting.

When explaining the causes of this deterioration, Agriculture attributes the problem to a "predominantly urban society with great ignorance of the habits and practices of the rural world." And he goes on to point out that "the benefits that hunters generate are not recognized by society, even [la actividad] reviled. "

It does not indicate among the possible causes of the bad image two of the deficiencies that do appear in the analysis of weaknesses: on the one hand, bad practices such as "furtivism" and on the other, the possible lack of control that indicates the "difficulty of controlling the number of exact captures in real time throughout the territory ", that is, knowing how much is killed each season. At this time it is not possible to know the volume of animals killed in 2019, 2020 and 2021. The series - which must feed the autonomous communities - stagnated in 2018.

So this very document contains a kind of image campaign of the hunt. "The natural and cultural characteristics of hunting must be made known to the general population, as well as the need for the existence of the hunter," he writes.

In fact, Agriculture believes that, without hunters, taxes would have to be raised to tend and manage the natural environment. He puts it this way: "The lack of hunters would cause the need for species management by other professionals, which would increase taxation on the general population, as these control costs could not be assumed by the Competent Administrations."

It asks "to spread the image of the hunter as a person who has a high knowledge of the environment and" support his figure in the face of society "and his" need in the future for sustainability. "And he insists that the hunts are" the best tool to maintain damage [sobre la agricultura] at economically acceptable levels. "And he repeats that the costs" cannot be assumed by the Public Administrations without increasing the tax burden on citizens. "

It does include, when disseminating "good practices of action on social networks", showing positive images of companionship, coexistence and conservation activities. Also "to show respect towards the demolished pieces in the images and videos". Precisely this week, the video of a hunter in Galicia biting and growling on a killed wild boar body has been published on Twitter.

In fact, the Artemisán Foundation hunting lobby created a guide to display trophies in which he asked that the blood not be seen and that the animal was "asleep", not dead.

The actions that he proposes for these objectives range from "promoting hunting as an asset of cultural interest to be preserved" to "carrying out advertising campaigns in audiovisual media of national scope that disseminate the values ​​of sustainable hunting on conservation of the natural environment and mitigation of the effects of climate change ".

Also highlight, he says, its conservative value of "autochthonous dog breeds, hunting modalities such as hunting" while demanding recognition "of the cultural value of the rehala [las jaurías de perros utilizadas en esas monterías]. A few years ago, the video of a hunt in which dogs harass a deer until they all fell down a ravine drew attention to these animals who suffer from stress, isolation and imbalance, according to ethologists.

Hunting powers in Spain fall on the autonomous communities. The State is in charge of the coordination between the autonomies and the international representation. The 2015 modification of the Forestry Law obliged the Government to draw up this Hunting Strategy and a registry of hunting offenders. The strategy comes seven years later as a guide whose guidelines "can be voluntarily incorporated by the competent Administrations in their hunting regulations", that is, the autonomous governments.