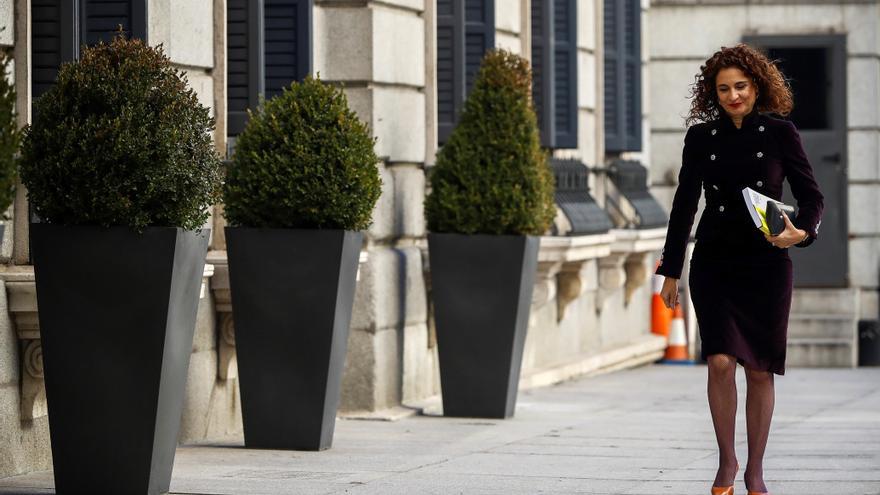 The government will change the renewal system of the Independent Office for Procurement Regulation and Supervision (OIReScon), the supervisor of public contracts. After a new resignation in this independent body, the third since it was created in 2018, the Executive proposes to eliminate the draw that should be carried out shortly to replace two of its four members mid-term.

According to the current Contract Law, “the first renewal of the Office will be carried out partially three years after the appointment. Before the expiration of the indicated term, the two members who must resign will be determined by lot. in office as long as his successor is not appointed “.

But a final provision included in the draft General State Budgets provides for suppressing that draw by giving a new wording to that article of the Contract Law.

The OIReScon is made up of the presidency and four members who were originally appointed in December 2018. Since then, there have been three casualties, including that of its first president.

The last resignation came on October 5, when the head of the General Affairs Division, Laura Díez, resigned, who was appointed in April 2019 to replace the first head of that committee, Pablo Martín Huerta. He resigned less than three months after his appointment.

The Ministry of Finance, to which the OIReScon is attached, has already convened the procedure to cover the last withdrawal from the body. The Treasury indicates that with this modification introduced in the draft of the Budget law “a postponement of the partial renewal is not intended, but an adaptation to the reality of what happened during this first period.”

The proposal “has its reason in the fact that the renewal of the Office has de facto occurred in the first three years of its operation, as two of the members that make up the same have already ceased”, although both belonged to the same voice.

“Additionally and during this same period there has been the dismissal of the first president who, like the members, is part of the aforementioned collegiate body,” adds the ministry, which indicates that with this legal change “legal security would be provided to the order and stability to the composition of the collegiate body “.

The members of the OIReScon, according to the law, cannot request or accept instructions from any public or private entity, and have the status of independent and immovable during their mandate.

Unless they have to resign due to that draw that is now going to be eliminated, the mandate of its members extends for a non-extendable period of six years from their appointment. This is carried out through the procedure of free appointment by the Council of Ministers from among officials with extensive experience in public procurement.

The first president of the OIReScon was María José Santiago, who was one of the first appointments of the Minister of Finance, María Jesús Montero, although she did not exhaust even half of her term. Santiago, who was acting as Montero of the Junta de Andalucía, resigned in June 2020 after publicly complaining about the lack of means and independence of this entity and after publishing a tough report on emergency hiring of the different Administrations during the alarm state.

“The legal tasks of the Office cannot be faced without endowing it with its own personality and budget,” Santiago lamented in an interview published while he was still in office. In it, he criticized that the entity had started “without having its own budget forecast for the moment, which means that it still lacks the means it needs to be able to comply with the legal requirements entrusted to it.”

The one chosen by the Government to replace her was María Luisa Araújo, former vice president of the Junta de Castilla-La Mancha with the socialist José María Barreda, who was appointed a year ago.

The 2021 Budgets project promised to provide more resources to the supervisor of public contracts, such as its own website that nowadays does not have and massive data processing tools. The entity, which Spain launched at the beginning of 2019 due to the requirement of a European directive, still lacks budgetary and functional independence. The Treasury does not detail the items it receives.

The OIReScon ensures the correct application of public procurement legislation and is in charge of detecting specific breaches or systemic problems in contracts throughout the public sector. As recalled last Friday by the National Markets and Competition Commission (CNMC), “public procurement has a notable weight in the national GDP (between 10% and 20%) and a significant carrying capacity over the set of the economy”.