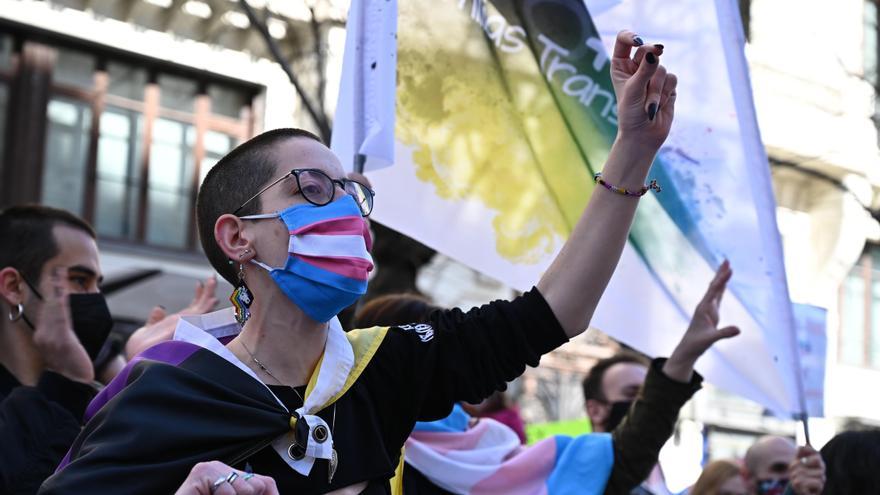 The government will approve this Tuesday in Minister council the trans law and for the equality of the collective LGTBI: After months of disagreements and a negotiation against the clock, the Executive of Pedro Sanchez comes to Pride with a draft that recognizes the self-determination of gender and stops considering trans people sick.

Negotiations between government partners have been difficult. After a blockade that has lasted for months due to the differences of the first vice president, Carmen Calvo, and the Minister of Equality, Irene Montero, around the self-determination of gender, the proximity of Pride, which this Monday celebrates its International Day, and the involvement of the LGTBI collective have contributed to unblocking the draft.

Equality, Justice and Moncloa have finally agreed that the change of sex and name will be allowed in the Civil Registry no need for witnesses, evidence or medical reports within three months, which is known as gender self-determination.

The law will thus end the pathologization of trans people -until now they had to go to a doctor to prove their sex change- and they will recognize their identity with a simple administrative procedure in the Civil Registry: the interested person will express their will to the official and will do it again three months later for the change be effective. May do so by people of legal age and minors from the age of 14. Equality and LGTBI groups requested it from the age of 12, a point that associations hope will improve in the parliamentary process, as well as the recognition of non-binary people – who do not feel like a man or a woman.

The path of the preliminary draft has been tortuous and it will foreseeably have a complex process ahead of it. The coalition government promised to promote two laws, one LGTBI and the other trans, but finally both texts have been unified into one. Different things will be regulated in the same law, such as the registration change, the right of filiation of the children of lesbian women, assisted fertility treatments for this group and “people with the capacity to gestate”, or the sanctioning system for discrimination to the LGTBI collective.

There have been many meetings of Equality, Justice and the Vice Presidency of Carmen Calvo, who saw the self-determination of gender as the main obstacle and demanded legal certainty. The LGTBI collectives and the Ministry of Montero have maintained at all times that gender self-determination was a red line.

Parallel to government negotiations, there have been bitter debates within the feminism, where a critical sector defends that the political subject of the movement is women and considers that self-determination can lead to the “erasure” of women from the legal system.

Last summer, the appearance of a socialist argument against gender self-determination that was endorsed by Vice President Carmen Calvo and Minister José Luis Ábalos fueled the controversy, although different members of the Government have been reiterating on different occasions that the commitment to the trans collective is clear.

In a context of growing tension, the Minister Spokesperson, Maria Jesus Montero, explained at the beginning of November that the Executive sees the fight for equal opportunities for women “compatible” with recognition and the reinforcement through a law of the rights of trans people, a discriminated group that has been denied equality “throughout the ages.” Shortly after, on November 25, the Minister of Equality made, through tears, a call for the unity of feminism and the pacts between the different voices of the movement, which she defined as plural, critical and resilient, and assured that her department is ” the ministry of all women. ”

Given the lack of progress, in March, activists from the Federation Plataforma Trans y Euforia Familias Trans-Aliadas started a hunger strike to demand the unlocking of the law and they even asked that the PSOE be declared a non grato party in the Pride celebrations if the self-determination of gender was not recognized.

So entrenched and remote did the positions within the Executive become that different parties -ERC, Más País, Compromís, JxCat, the CUP and Nueva Canaria- opted to register a trans law proposal in the Congress of Deputies, a text that the Lower House did not take into consideration the votes against PP and Vox and the abstention of the PSOE. During that debate, Irene Montero rose to the rostrum to commit to agreeing with the socialists on a law that would recognize the self-determination of gender before the celebration of Pride.

The State Federation of Lesbians, Gays, Trans and Bisexuals (Felgtb), the Triángulo Foundation and Chrysallis (Association of Families of Trans Minors) have opted during all these months for a more conciliatory profile with the parties, aware that it was necessary to take advantage of the political moment to advance the rights of the collective. Although with some assignments, such as the age from which trans minors can change their registration mention, Montero has achieved his goal.

Last week the trans flag hung on the balconies of the Ministry of Equality, whose motto for this June is’ Pride of All, All, All. For a feminist and diverse Spain‘. “It will be law,” the minister said proudly.