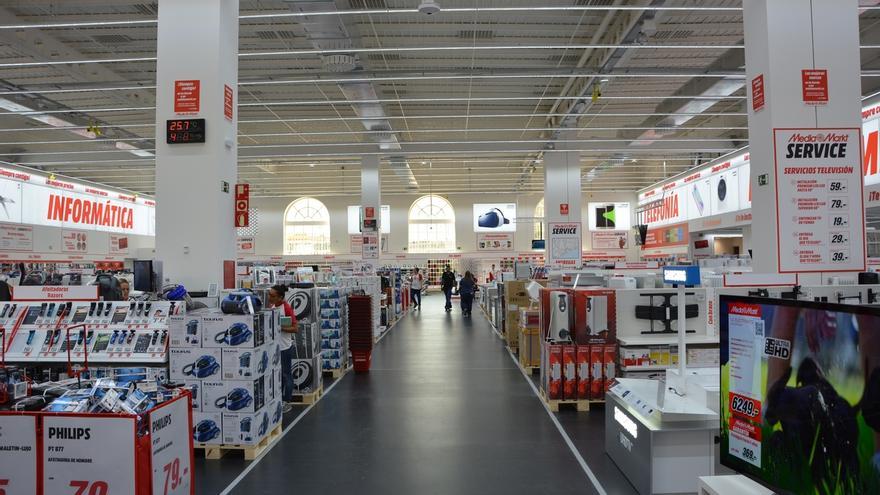 Since the sales periods were liberalized, commercial discount initiatives have proliferated outside the traditional winter and summer seasons. One of the most famous is the imminent Black Friday, which is celebrated in large stores next week. Some of these campaigns dragged controversy in recent years, even the Government to acknowledge its discomfort with them. This is the case of those known as ‘Days without VAT’ and other similar names that receive discounts of 21% – before 18% -, in reference to the general rate of indirect consumption tax.

These are commercial initiatives that have been used to a greater or lesser extent by a large part of large stores, such as Media Markt, El Corte Inglés or Carrefour. Some of these campaigns have occurred in recent weeks, prior to the landing of the Black Friday offers. Obviously, these campaigns do not exempt their clients from paying VAT, which is mandatory with the sale of goods and services, but rather a price reduction associating it with the tax, a detail that raises the rejection from the Executive for the image that it gives of this tribute as an enchanting product.

Specifically, the Government assures that it is a type of advertising that induces the consumer to buy “in a misleading way”, suggesting cheaper prices of the products, “supposedly as a consequence of not having to pay the VAT that is levied on them” .

The Executive recognizes it in the answer to several parliamentary questions registered in writing by the PNV deputy Joseba Andoni Agirretxea in Congress. This nationalist representative demanded from the Government a plan to regulate or limit this type of commercial campaigns, recalling that in a previous question they had already recognized the “imponderable” damage that these initiatives of certain distribution chains do, without this having materialized in any legislative advance.

The Government acknowledges in the response to the PNV deputy that the Tax Agency estimates that this form of advertising “negatively affects the taxpayer’s fiscal morale.” The Executive understands that it is intended to blame this tax – “mandatory for all deliveries of goods and services” – as the cause of the high price. “Thus, by supposedly exempting the payment of the same, the product becomes attractive”, laments in the written answer to the four questions that Agirretxea had registered.

The parliamentary response points out that these messages are based on “a negative association of the tax in the mind of the consumer, as a cause of the increase in the price of products.” He regrets that this tribute is not understood as an “essential instrument for sustaining public expenditures.” Thus, with speeches such as the one raised by these campaigns, “a negative assessment of the tax system is favored, thus constituting an unfair and misleading publicity in relation to taxes.”

The issue is not new and carries a parliamentary history in which it has been raised as a problem for the image of the tax system. Agirretxea himself presented in 2017 a non-legislative proposal in Congress to prohibit these commercial initiatives and received the support of the majority of the Chamber, when Mariano Rajoy was at the head of the Government, without it being translated into any regulation of them. Four years later, the deputy has taken up this idea in the battery of questions to which the Government responds, acknowledging the problems generated by these campaigns. In the battery of questions from the PNV representative, it is requested to know if there is an intention to convert this rejection that the Pedro Sánchez Government recognizes into law, what are the measures that it plans to carry out and if there is dialogue with advertisers to eliminate them.

However, the Government rules out for the moment turning this concern and rejection into a legislative initiative. Both in the response to Agirretxea, and sources from the Ministry of Finance consulted by this means, indicate that for now it remains in the hands of the actions undertaken by the Tax Agency. This “has taken various steps to avoid advertising campaigns with that slogan, which are expected to obtain results,” says the Government. The work of this body is directed to the dialogue forums that it maintains with the companies to transfer the rejection of this type of offers, trusting that they will end up being eliminated or modified to avoid that bad image of the tax occurs.

“It is considered that these measures can allow to achieve the objective set, so we will have to wait to observe the results obtained,” settles the answer to the deputy. The employer’s association in which the department stores are located, Anged, does not clarify, in consultation with this medium, measures aimed at reducing this type of campaign.

VAT is the second most important tax figure in Spain and is budgeted for next year to reach its highest level of collection with more than 75,600 million euros, driven by the increase in consumption that is expected with the recovery of economic activity . For the next fiscal year, no changes are planned, although in the amendments presented by the parliamentary groups to the General State Budgets, VAT has a high role, with proposals for discounts on products such as feminine hygiene, veterinarians or hairdressers.

This tax, by taxing everyone equally, does not have the best of images among taxpayers, and campaigns such as ‘Days without VAT’ help to do so, according to the statements made by the Government. In a survey carried out by the CIS last summer, it pointed in this direction. Tax infractions aimed at avoiding the payment of this tax, such as paying a service without an invoice, were the most tolerated by those surveyed. This study also revealed that there was a increase in the negative image that taxpayers had regarding the payment of taxes.

One of the questions asked in that report revealed a very relevant increase in the feeling among Spaniards that more taxes are paid in Spain than in the rest of Europe. This was considered by almost 40% of those surveyed. However, the reality is different: the collection levels here are lower than the average of the neighboring countries. VAT is precisely one of the pending tasks, as Spain is the twenty-third in the European Union based on the weight that these public revenues have on the country’s GDP. Organizations such as the Independent Authority for Fiscal Responsibility (Airef) have attributed this situation to the existence of numerous products and services at reduced rates, which is not repeated in other countries. For this reason, he made a call to review these tax benefits to eliminate those that do not fulfill the function with which they were initially created.