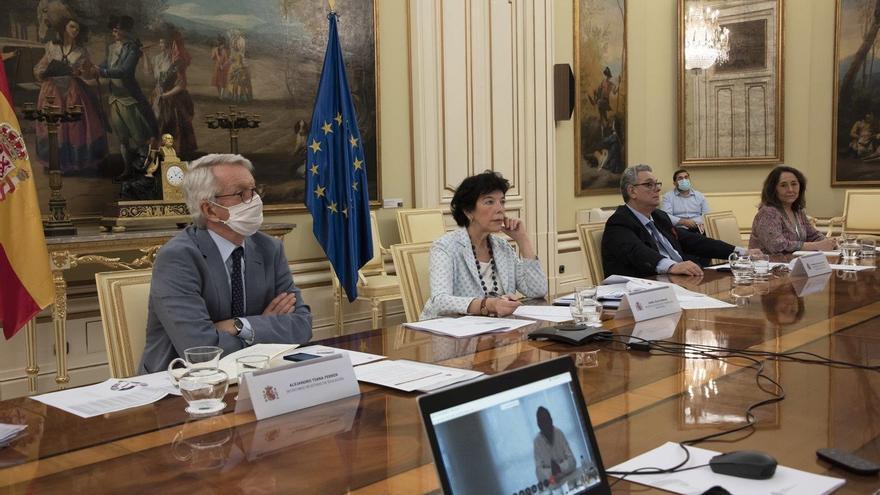 The Minister of Education, Isabel Celaá, and the Minister of Health, Salvador Illa, will discuss with the regional authorities the conditions in which the students will return to the classrooms in September, foreseeably as of the 4th. The unknowns about whether the prevention measures infections will be sufficient and adequate given the epidemiological outlook and the ability to face this scenario have generated political statements and protests by workers in recent days at a still uncertain start to the course. However, we will still have to wait: the meeting has been called for August 27, in eight days.

This Wednesday the main educational unions of the Community of Madrid have called a strike with dates set for the first week of September, considering that the conditions for the start of classes are not guaranteed.

Salvador Illa has announced the meeting at the Interterritorial held this Wednesday. In addition, the Ministry of Education has reported that two days before the meeting of the ministers with the councilors, the General Education Commission will be held, with the presence of the secretary of state and vice councilors.

The Minister of Territorial Policy and Public Function, Carolina Darias, will also attend the meeting on the 27th. According to Education sources, an agenda for the meeting has not yet been established.

Canarias begins to administer the second dose of the vaccine

The PSOE intends to promote a Basic Statute for areas with less than 5,000 inhabitants

‘The fool of the people’, by Jorge Fauró