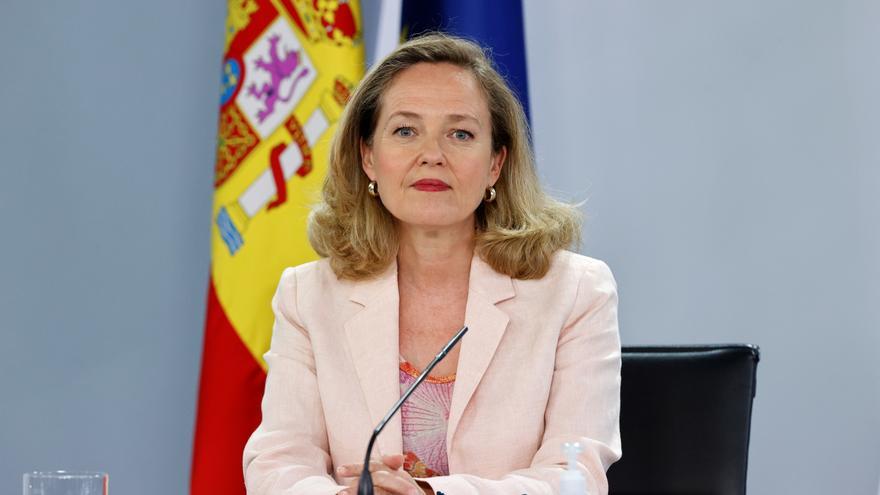 The Government has started this Tuesday, after the Council of Ministers, the public hearing on the 'Create and Grow Law, which will allow to create companies with one euro quickly and electronically. The Law arises to promote the creation of companies and their growth and reduces the initial capital necessary to register a company from 3,000 euros to the testimonial euro.

The Vice President of Economic Affairs and Digital Transformation, Nadia Calviño, has defined this Law as one of the "most important" reforms together with the Startup Law and the bankruptcy reform when presenting it. However, for it to enter into force, it must be approved again by the Council after public consultation, something that is expected by the end of this year or the beginning of next year, as well as by Parliament, a procedure that, sources from the Ministry of Economic Affairs and Digital Transformation, place at the end of 2022.

The reform is located in component 13 of the Recovery, Transformation and Resilience Plan. Increasing the size of Spanish companies is one of the objectives of the Government, which with this law seeks to "remove obstacles" for SMEs to gain size.

One of the key points of the new law is the fight against commercial delinquencies, which will be done based on a more "modern and efficient" approach, according to the aforementioned sources in the Ministry of Economic Affairs and Digital Transformation. The objective is for Spanish companies to change their culture towards "prompt payment".

To do this, the use of electronic invoicing among SMEs will be promoted and, with the aim that this is not a cost, it will be included in the subsidized services in the 'digital toolkit', the plan financed with 3,000 million euros of funds Europeans for the digitization of SMEs.

Likewise, companies that do not meet the payment deadlines may not be beneficiaries of public subsidies at a time marked by the arrival of European funds. In addition, it will be taken into account that the contractor pays the subcontractor on time when evaluating the risks of awarding a public contract, as well as the possibility of terminating a contract if the payment deadlines are not met. A delinquency observatory will also be created to collect information and analyze these practices.

The measures contemplated include informing entrepreneurs about the benefits of the new system, as well as improving the windows that will allow them to report any behavior that goes against the market unity law. With this last point, the Ministry seeks to improve guarantees for consumers.

The catalog of license-exempt activities is also expanded and a mandate is included for the industry conference to develop a standard business license ordinance.

Likewise, it will be sought that other financing instruments gain weight in business growth and they will highlight the closed debt funds that will invest in loans, invoices and commercial instruments. The regulations of the participatory financing platforms will also be adapted so that they can gain more momentum and have greater scale and financing and thus transfer it to impact on companies.

Among the changes, the possibility of receiving European long-term funds will be incorporated, as well as allowing them to invest in fintech. For individual investors, participation in these companies will be limited to 1,000 euros or 5% of their wealth, excluding pension funds and real estate. From there, the investment can be made, but the person will receive a warning about the risk.

Each collective investment project will have a limit of five million euros that can be exceeded by issuing a brochure and with which it is expected that the sector can expand the scope and scale of the investments.

The bankruptcy bill has not been in the Council, although sources from the Ministry of Economic Affairs suggest that the bill will be heard in the next few days.

Among its objectives is to increase the effectiveness of pre-bankruptcy mechanisms so that viable companies can restructure and return to activity with a different financial structure following agreements between shareholders and creditors.

The concept of second chance will also be reinforced and freelancers or companies that are natural persons may be exonerated without losing their personal assets and especially their home so that they can resume their activity.