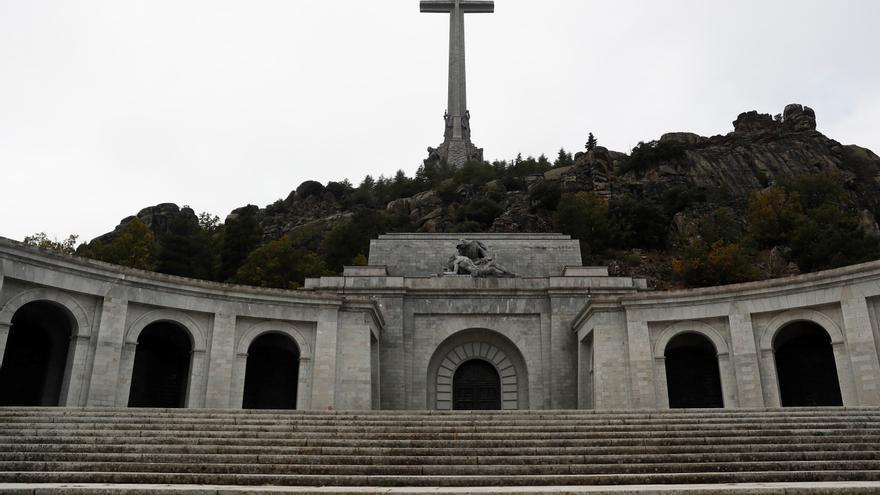 The Ministry of the Presidency has communicated that this Monday the works prior to the exhumation of seventy-seven people, whose remains are in the crypts of the basilica, have begun in the Valley of the Fallen. The Government affirms that all the means and the best experts will be dedicated to them, but recognizes that the technical difficulties are very great and entering the crypts does not guarantee that the bodies that are sought will be located.

According to the Government, these works consist of the installation of the necessary technical infrastructure and the organization of human teams. In subsequent days, the delimitation of the area in which the interventions will take place will be carried out. The Presidency assures that the aforementioned process, which has been authorized by the National Heritage after the request of the relatives, is the "most complex of those that have been undertaken in our country and will be long in time due to the state of the crypts."

Three phases until the end of the process

The process will have several phases. In the first of them, the accesses to the columbariums will be enabled, ensuring the architectural structures that require it. Second, the forensic intervention will take place, which will consist of the search and location of the bodies, as far as possible, and the corresponding genetic analyzes that may lead to the identifications.

And finally, in a third phase, the conditioning of the columbariums will take place, improving the facilities and the preservation conditions of the remains buried there. "This will allow the global dignification of the crypts," according to the Executive.

The Secretary of State explains that "the forensics who will be in charge of this task have the highest qualification, as well as a great proven experience in this type of action." In this sense, the Ministry of the Presidency explains that the technical intervention will be developed through internationally recognized protocols, and the reference laboratories are accredited in this area.

According to the Ministry, the exhumation process is part of the "global resignification of the monument to which the Government of Spain has committed itself and which has its legal expression" in the Democratic Memory Bill, currently in parliamentary process.

A law that, he explains, is anchored in the four fundamental principles of international humanitarian law (truth, justice, reparation and the duty of memory so as not to repeat the facts), puts the victims at the center, remembers all those reprisals and makes moral reparation. to their families promoting democratic values ​​and human rights. "The exhumations in the crypts of the Valley are a significant part of this process," concludes the Government.