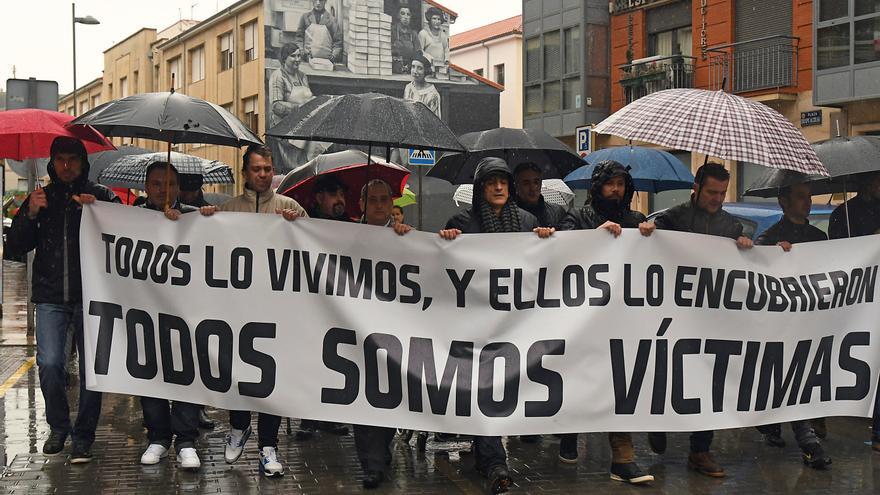 The time has come to investigate the sexual abuse committed by the Catholic Church in Spain for decades. It is the conclusion of the Government in the face of the pressure of the testimonies of victims that have multiplied in recent weeks, the presentation of a request for an investigation commission in Congress at the request of United We Can, ERC and EH Bildu and the initiatives that other countries they are carrying out. The doubt that the socialists have, who until now had refused to open an investigation, is the format to use. Pedro Sánchez has several formulas on the table. "It is yet to be decided," say socialist sources who welcome an independent commission of experts to investigate cases of pederasty and to distance victims from the usual partisan struggle in Parliament. These same sources assure that the negotiations with the Episcopal Conference for matters such as the fiscal regime or registrations will not interfere with carrying out the study, although the bishops threaten to torpedo the investigations.

In a meeting between the Minister of the Presidency, Félix Bolaños, and the President of the Episcopal Conference, Juan José Omella, the Socialist expressed the Government's "concern" about cases of sexual abuse of minors. But it didn't go from there until the hard testimony of the writer Alejandro Palomas led Pedro Sánchez to make a move. After a telephone conversation with the novelist, the President of the Government promised to meet with victims of sexual abuse, a meeting that is pending a date for the trip that Sánchez is going to undertake to the United Arab Emirates, although Moncloa's intention is for it to be this week. By then the Government intends to have a response prepared on how to carry out this investigation.

Parallel to these efforts, the Prosecutor's Office has opened its own investigation, according to El País has advanced and has confirmed elDiario.es. The public ministry has asked the superior prosecutors of all the autonomous communities to send it all the complaints and complaints that are being processed about assaults and sexual abuse of minors in religious institutions. This decision has provoked "indignation" within the Episcopal Conference, which was not previously aware of it. Episcopal sources have expressed their surprise to elDiario.es and believe that the investigation has little to do.

This initiative of the Prosecutor's Office does not replace the one that the Government is analyzing. "The action of the State Attorney General's Office in relation to the compilation of criminal proceedings in process on assaults and sexual abuse of minors in religious institutions, falls within the scope of its autonomy and its powers. These actions do not exhaust the measures that The Government is studying to clarify the facts and prevent them from happening again. These measures may include parliamentary initiatives," the Secretary of State for Communication said in a statement after learning of the public ministry's decision. "We continue to see the best option. We are going to do it and we will do it well," state government sources.

The Socialists have already taken a step towards endorse the processing of the investigation commission promoted, among others, by its government partner. It is a merely formal first step, although the format and content proposed by United We Can and the rest of the groups are not convincing in the party. The PSOE does not rule out ending up supporting the implementation of this parliamentary body, but it is inclined to modify the formula to prevent such a serious matter from becoming trivialized in the parliamentary give and take.

One of the alternative formulas that is on the table is to promote a commission with "prestigious" independent experts along the lines of what the PNV has proposed, which does not see the appropriate framework in Congress either, and to involve Parliament in some way or even presenting its own proposal for an investigation commission but in terms different from those of United We Can, ERC and EH Bildu. Socialist sources point out that they will have the decision made by the time the Board of Spokespersons of Congress has to decide whether to include the request of their allies in plenary in order to justify the meaning of their vote.

The bishops are determined not to make it easy: they complain about a political and media campaign, which has worsened after the failed staging of a Church-Government agreement in the conflict of registrations. Despite the fact that at the moment no official position is planned, the spokesman for the Episcopal Conference (CEE), Luis Argüello, denounced "a media use, a political use in these last hours." "That worries us. [....] It seems especially painful to us that the situation of the victims could even be used in the political dispute, in the confrontation proper to Parliament or to Spanish social and political life," he added in an interview with the Vatican media after participating in the Ad Limina visit with Pope Francis.

Argüello lamented that the controversy continues "without addressing the problem of abuses in society as a whole", along the same lines that the PP has pronounced. Pablo Casado has been in favor of pederasty in the Catholic Church being investigated "internally" and has questioned whether Congress has the power to investigate it, despite the fact that a report by the Chamber's lawyers has already endorsed it. Casado has indicated that his party will only support a parliamentary commission on abuses as long as they extend "to all cases of pederasty or pedophilia, wherever they have been committed." "Whatever institution it is," he said, informs Aitor Riveiro.

The bishops are willing to boycott an investigative commission in Congress. "I would be born dead", diagnoses an official from the House of the Church (headquarters of the Episcopal Conference) to the question, which the bishops officially do not want to answer, about how the EEC will act if, finally, Parliament gives it the green light: " The bishops will try to avoid being called to testify and, if they do, they will not answer the questions. And, above all, because the ecclesiastical archives are inviolable by the Church-State Agreements."

In a large part of the episcopate the idea has been established that there is a 'campaign' against the Church, which has its roots in pederasty, but which has also had its special chapter on account of registrations. Despite the aired agreement between the Government and the Episcopal Conference on this matter after Sánchez's visit to Añastro, the desired effects have not been produced by Moncloa and the bishops even used it to try to ridicule the Executive by reading completely different with respect to assets incorrectly placed in your name.

The data distances the idea of ​​an intentional campaign to point out the inaction of the Spanish Church, practically the only one in Europe that has not promoted an internal investigation. Only nine of the 31 dioceses involved in the report that the newspaper The country handed over to Bergoglio –Madrid, Cartagena, Bilbao, Zamora, Barcelona, ​​Ávila, Orihuela-Alicante, Santiago de Compostela and Teruel– have requested information on the abuses reported in their territories.

It is a very different reality from that of religious congregations, which already last week had a meeting of senior superiors and they got down to work. "Our first reaction, and out of respect for the victims of these abuses, we want to apologize for not having acted correctly in something that, as Church entities, we should have taken care of, such as safe and trustworthy spaces for our children, young people and vulnerable adults", underlined its general secretary, Jesús María Zamora. The religious undertook to investigate: "It is our commitment to the Gospel and we want to do it well, even if it is difficult and painful." "We will continue to increase contacts to see how to do it and we will see what comes out... I don't know if it will be an independent commission or what, but we will continue talking to try to resolve things as soon as possible," Zamora said in an interview with the Agency. Eph.

The attitude of the religious congregations contrasts with the thesis of the Episcopal Conference, which continues to consider the data provided to the Pope and Cardinal Omella by the Prisa newspaper unreliable. In fact, in the letter that Argüello sent to the bishops along with the newspaper's investigation, it was ensured that "the report mixes very credible and rigorous denunciations with others without rigor or way of investigating. This harms the true victims, who appear intermingled with situations that cast doubt on the entire report.”

The bishop's letter also criticized that the Church should be the one to communicate with the victims, and not the other way around: "The country should send the accusations to the corresponding congregations and dioceses, also indicating the name and contact of who accuses, so that they can do a preliminary investigation and send the case to Rome. In case of prescription, the diocese decides whether to ask to lift the prescription and if it could be credible. If this is not understood, one could think that the interest is not in healing the victims but in attacking the Church”, stressed the EEC spokesman.

One of the greatest experts in the fight against pederasty in the Church, the Jesuit Hans Zollner warned, in an interview on RAI, that the Church faces two options in the face of the demand of public opinion to create commissions on abuses . "Either you decide to create them on your own and order the investigation to independent people, as has happened in France or Germany, or there will come a time when you will be forced by the State to adhere to these processes."

"If it is not the Church that begins to shed light on these facts, it will be others who manage this matter." In Spain, some parties have already proposed that it be the Congress and the Government has taken the gauntlet.