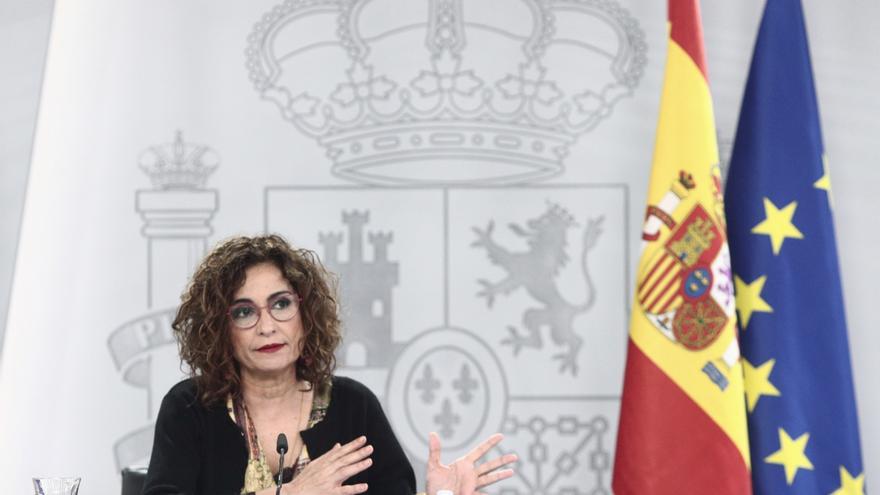 The Council of Ministers approved this Thursday, in an extraordinary session, the announced reduction of taxes on electricity due to the sharp increase in the price of the wholesale market, together with other measures such as the extension until the end of the year of the antiopa shield of strategic companies against attempts purchase of foreign investors.

The Government has approved a Royal Decree-Law with urgent measures to reduce the taxes applied to the supply of electrical energy which, as planned, will temporarily reduce the VAT on electricity from 21% to 10% and suspend the tax for a quarter 7% to electricity generation. The effect on the bill will be a reduction of more than 12%, according to the Ministry for Ecological Transition.

The norm includes an extension, until December 31, and at the request of the Ministry of Industry, of the antiopa shielding of strategic companies against the purchase of foreign investors that was launched in March 2020, after the stock market crash that caused the great seclusion, and which ended on June 30. The objective, explained the spokesman and finance minister, María Jesús Montero, is to “protect” those companies, which “have security” and cannot be acquired by third parties taking advantage of the “weakness” consequence of the COVID.

The fourth vice president, Teresa Ribera, has indicated that the decree will strengthen the “control mechanisms” in the tenders for access to the electrical networks of new renewable facilities, with “new award criteria that take into account the economic and environmental benefits” for at the local level, given the “growing concern in some territories” about the deployment of new plants.

It will also include measures for the regulation of offshore wind, of “great potential in the industrial value chain for Spain”, to provide it with “legal certainty”.

The vice president has underlined the “commitment” of the Government “from day one” to have an “affordable” electricity bill and recalled that the Executive has also proposed as structural measures the fund to remove premiums from the electricity rate to renewables and the blueprint to reduce the so-called benefits fallen from the sky of hydroelectric and nuclear, which will mean additional long-term savings of 15%.

Ribera has advanced that the preliminary draft already has the opinion of the National Commission of Markets and Competition (CNMC) and “shortly” will be sent by the Council of Ministers to Congress. It has justified that it is processed in this way (not with an emergency decree-law, as pointed out by the Minister of Consumption, Alberto Garzón) to give it “consistency” and that it can “stay in time”. He has trusted that the cut to nuclear and hydroelectric plants will come into effect “in the autumn” and has warned that the electricity market is facing a “complex situation” due to the “exponential” increase in natural gas from Asia and the increase in the cost of the carbon market, “much further” than the European Commission anticipated “six months ago”.

In the case of VAT, a 10% reduction is applied until the end of the year for all consumers with contracted power up to 10 kilowatts (kW), provided that the average monthly price of the wholesale electricity market is above 45 euros per megawatt hour (MWh). A 10% VAT is also applied to the more than 600,000 severe vulnerable consumers until the end of the year regardless of their contracted power and the market price.

Regarding the suspension of 7% of the tax on the value of electric power production, a measure that was already adopted at the end of 2018, it will take effect during the third quarter of this year. María Jesús Montero explained that it will have an impact of 400 million that “will not affect the public deficit” since these revenues are allocated to the electricity system. The same is not the case with the VAT reduction, the impact of which has been estimated at 857 million, which in annual terms would be 1,600 million and if permanent it would require the approval of Brussels, he warned.

The VAT reduction, described as a “patch” by Facua, will make the monthly invoice of the average user in the first three weeks of June to 80.69 euros, compared to 88.76 euros to which it would rise with the VAT in force until now. The year-on-year rise would be 33.2%, according to this consumer association.

Since March 2021, the price of the wholesale electricity market in Spain has been marking unusually high prices, which threaten to remain in the second part of this year. The electricity bill of an average user has shot up 46.5% in the first three weeks of June, compared to the same period last year, thus pointing to the most expensive bill in history, according to data from Facua- Consumers in Action.

The rally of the so-called electricity pool has intensified since the arrival of the new bill which, since July 1, penalizes consumption in the most expensive hours. In parallel, the Government has presented the aforementioned draft to cut the so-called benefits that have fallen from the sky for hydroelectric, nuclear and wind farms prior to 2005 due to the higher cost of emission rights, the higher cost of which is transferred to the pool because a marginal market, in which the latest technology that matches supply and demand determines the price charged by the others.