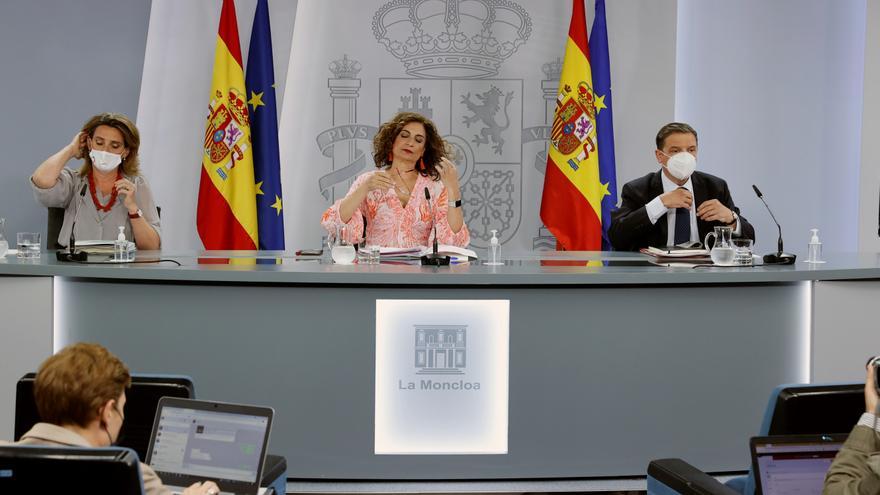 The Government has approved this Tuesday in the Council of Ministers the draft sustainable fishing law. When it is definitively approved, this law will replace the current regulations, which dates from 2001, and will allow matters that until now were regulated by regulation to be raised to the status of law.

It is the first of the three draft bills on maritime fishing that the Executive plans to approve this legislature: the second has to do with inspections and controls and the third with digitization.

"It is a definite step forward from the point of view of the sustainability of the fishing sector," Minister Luis Planas pointed out at the press conference after the Council. Among the specific measures reflected in the preliminary draft, Planas has highlighted the following: catches will not exceed stock biological available and discards will be prohibited. All fish caught must land at the destination.

The preliminary draft also addresses the management of fishery genetic resources, a subject in which until now there was a regulatory vacuum. "If we link the biological situation of the stocks To the extractive activity, a detailed knowledge of its status is essential, "the minister explained. Anyone with a fishing license or a special authorization from the Ministry will be able to access fishing genetic resources. And the regulation will be applied in Spanish territorial waters already Spanish vessels that fish anywhere in the world.

Finally, the standard introduces new objectives for fisheries and oceanographic research. The Ministry of Agriculture has three research vessels that carry out campaigns to find out the status of the stocks. The new norm "must mean a bet from the scientific point of view to the knowledge" (for example, evaluating the fishing protection zones or studying the impact of the protection measures) of the fishing activity, which is at the base of the decision decision-making in fisheries policy.

With regard to recreational fishing, the minister has announced that his department has launched a consultation to determine what is professional fishing and what is not. "We want to regulate it and this is a very important element."