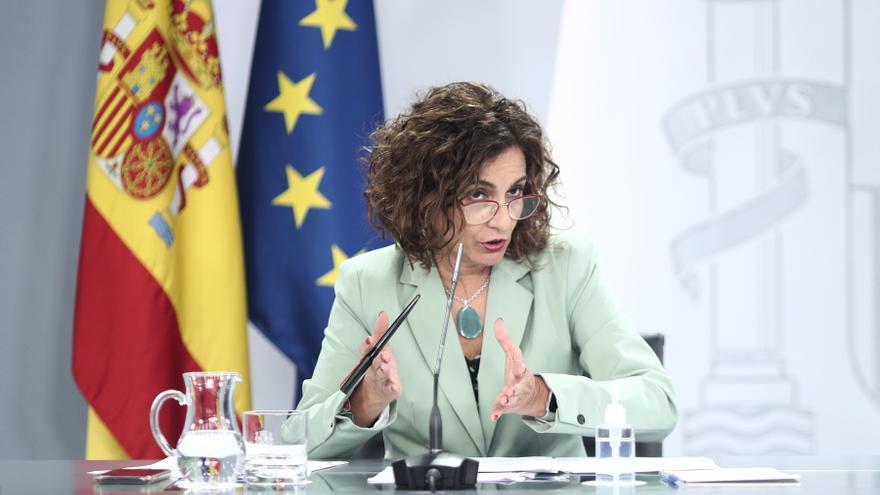 The Spokesperson and Minister of Finance, María Jesús Montero, announced this Tuesday that the Council of Ministers has approved the draft Law against tax fraud that, among other measures, prohibits double-accounting software, increases control over cryptocurrencies, the cash payment of 2,500 euros is limited to 1,000 euros between professionals, the list of tax debtors is extended to defaulters of more than 600,000 euros and tax amnesties are prohibited. According to Montero, these measures will increase tax collection by 800 million euros per year.

The Minister of Finance has insisted that the new rule "puts the focus on the most complex fraud" with greater control over high net worth and large business conglomerates, with a special focus on digital companies. Montero recalled that the Tax Agency recovered 15,715 million euros in its fight against tax fraud in 2019, 4.1% more than the previous year.

Among the measures shelled by the head of the Treasury portfolio is the prohibition of tax amnesties, an electoral promise of the coalition government. Montero has indicated that this measure ends with a privilege that benefited large estates compared to other citizens who comply with their tax obligations.

The list of tax debtors is also expanded. Until this year, only debtors with the Treasury were included up to one million euros. With the new Law the threshold is reduced to 600,000 euros and jointly and severally liable parties are incorporated as main debtors, who are those who really have the debt with the Tax Agency, as explained by Montero. The Government published the 2019 list of defaulters with the Treasury two weeks ago.

The new rule also includes an extension of the limitation of cash payment from 2,500 to 1,000 euros, but for operations between professionals or companies. However, the payment between individuals remains at the maximum figure of 2,500 euros. In addition, the cash payment for individuals with tax domicile outside of Spain is reduced from 15,000 euros to 10,000 euros. The minister stressed that the Government's objective is to progressively reduce these amounts during the legislature to reduce the shadow economy.

There will be greater control of cryptocurrencies with the obligation to report their possession, both in Spanish territory and abroad. The holders of cryptocurrencies will not only have to communicate about the digital money they own but also its acquisition, transmission or payment with said currency.

In addition, the use of double accounting software that allows the manipulation of quantities and generates a significant amount of fraud is prohibited. The minister has assured that the Tax Agency has recovered 1,500 million euros in recent years from companies that had used this system. Not only is there a ban on their use, but a specific penalty regime will be approved for the manufacturers of these types of computer programs and the entrepreneurs who have them.

Regarding tax havens, the concept of tax havens is updated to add to the territories that are non-cooperating jurisdictions, that is, those countries that do not facilitate the exchange of tax information. With this new proposal, Spain will be able to ask the European Union to place it on the black list of tax havens, although Brussels maintains a lax policy to these global money laundering centers.