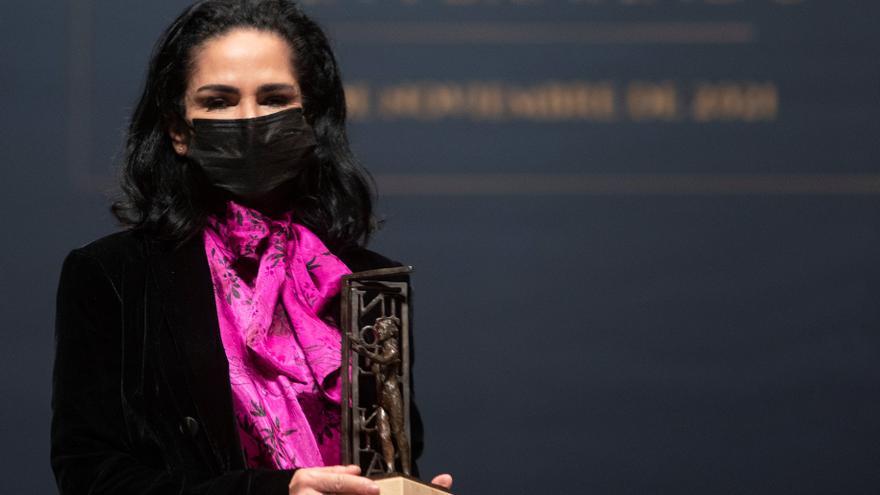 The Council of Ministers has approved this Tuesday a battery of royal decrees by which nationality has been granted by letter of nature to seven people at the proposal of the Minister of Justice Pilar Llop.

Among the people who have been granted Spanish nationality are the Brazilian writer and Prince of Asturias Award for Literature, Nélida Piñón; the Mexican journalist and social activist, Lydia María Cacho; the playwright and actor of Argentine nationality, Óscar Martínez; and the British-born journalist and Hispanic, William D. Chislett.

Also on the list are Georgian-born chess player Ana Matnadze; Fraidelyn Padua, daughter of a woman murdered by her partner in our country; and Dounia el Ghorfi, of Moroccan origin, victim of a case of family abandonment and domestic abuse, in a vulnerable situation.

As explained by the Ministry of Justice in an informative note collected by Europa Press, Spanish nationality is acquired by nature letter, granted in a discretionary manner by Royal Decree, when “exceptional circumstances” justify it.

Thus, it has indicated that a file is processed for each particular case, as has happened in those approved this Tuesday by the Council of Ministers. After the approval of the Government, the beneficiary must swear or promise fidelity to the King and obedience to the Constitution and the laws, having to renounce their previous nationality, except in the exceptions established by law, such as those from Latin American countries, Andorra. , The Philippines, Equatorial Guinea, Portugal and the Sephardim.

Within the framework of the note released this Tuesday, the Ministry of Justice has briefly explained the personal situation of the people to whom it conferred nationality.

Thus, he recalled that Nélida Piñón is a “Brazilian writer with a recognized career and one of the most prestigious in the Portuguese language”, awarded the Prince of Asturias Award for Literature. As noted, her relationship with Spain “has always been very close”, since her parents and grandparents were Galician immigrants and the writer herself has been the subject of multiple awards in Galicia.

For her part, she stressed that Lydia María Cacho -of Mexican nationality- is a renowned journalist, as well as a social activist and writer, a leading researcher in gender violence, health, childhood and organized crime, who has specialized in coverage journalism in risk situations, investigating serious human rights violations.

“Her personal situation is vulnerable, since she has been a victim of torture, has suffered more than six attacks and is threatened with death. Due to the obvious risk to her life, she is residing in Madrid with a temporary authorization,” the Ministry said. which also ensures that it maintains a “very close” link with Spain after collaborating on a regular basis with Spanish media, organizations and entities.

Likewise, Justice has explained that the actor and theater director Óscar Martínez, being the grandson of Spaniards, “could not previously gain access to Spanish nationality due to insurmountable errors in the inscriptions of his surnames in the Argentine civil registries.” Martínez has received awards at the Venice Festival, the Silver Shell at the San Sebastian Festival and the Silver Biznaga at the Malaga Festival. In addition, since 2019 it is part of the Royal Spanish Academy.

The British William D. Chislett, who works as a senior researcher at the Elcano Royal Institute, joins the list. The Ministry has assured that it is “closely linked to Spain for several decades.” He served as a correspondent for The Times during the Transition and for many years has played an important role in the defense and promotion of Spain abroad, obtaining international recognition as a Hispanicist.

“In recognition of his work and improvement of knowledge of Spain, it has been estimated that there are exceptional circumstances that justify obtaining Spanish nationality by letter of nature,” he said.

In the case of Ann Matnadze, a renowned chess player of Georgian origin who has lived in Barcelona since 2004, she has been authorized since 2012 to represent Spain in international competitions. “Apart from his manifest interest in Spanish nationality, and apart from his extraordinary sporting merits, his nationalization is essential to regularize his personal and sporting situation, since in the official results he appears as Spanish without being so”, the Ministry has indicated.

“In this case, the Ministry of Justice has considered that, the minor having lost her mother as a victim of an act of gender violence perpetrated in Spain, the circumstances exist for her to be granted Spanish nationality, for humanitarian reasons” , pick up the note.

As for Dounia el Ghorfi, born in Berkan (Morocco), the Ministry has explained that she was abandoned when she was born in an orphanage in that town and was adopted at the age of 9 by a family that, although of Moroccan descent, held Spanish nationality. However, they did not legalize her situation, so she was undocumented and remained in the family home without leaving home other than to go to sleep and to Koranic school.

As indicated by the department directed by Llop, in 2006 the protocol for minors was activated and a process was initiated against the adoptive father for crimes of abandonment of the family and mistreatment in the family during a hospital admission of the minor for not carrying documentation . Since then, she has been protected by the Autonomous City of Ceuta until she comes of age, leaving her in a vulnerable situation. In April of this year, the Ombudsman began actions urging the Ministry of Justice to find a solution to their precarious situation.