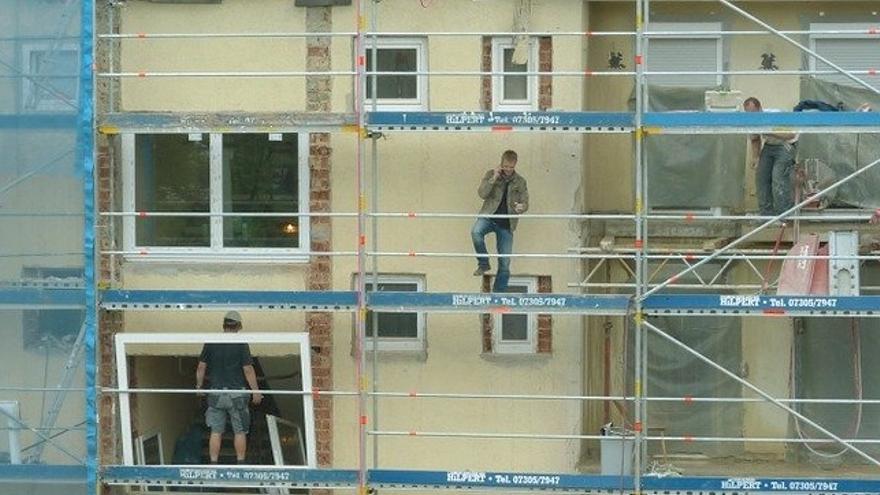 The Council of Ministers has approved this Tuesday the Royal Decree-Law to regulate the residential rehabilitation programs and construction of social housing, within the Recovery, Transformation and Resilience Plan (PRTR), for which 4,420 million euros will be allocated with charge to European funds.

The Ministry of Transport, Mobility and Urban Agenda has recalled in a statement that these investments are part of the process of ‘Implementation of the Spanish Urban Agenda: Urban Rehabilitation and Regeneration Plan’, part of the PRTR, endowed with 6,820 million euros. The Royal Decree approved this Tuesday has five rehabilitation programs and one to promote the construction of social rental housing.

Funds from this program may also be used for development, redevelopment or improvement of the physical environment, or the provision of rehabilitation office services.

The maximum amount per home can be up to 21,400 euros and is conditioned on the final energy savings of the action, from 40% to 80%. However, it will be total if the owners or beneficial owners meet the criteria of economic or social vulnerability.

The second program approved in the Royal Decree is aimed at rehabilitation offices, to finance the “one-stop shop” service.

The aid program for rehabilitation actions at the building level, the third of this Royal Decree, will subsidize rehabilitation works in which an accredited improvement in energy efficiency is obtained. Residential buildings and single-family homes that obtain a reduction in non-renewable primary energy consumption of the building equal to or greater than 30% will have priority.

In this case, the subsidies may reach 18,800 euros per home, depending on energy savings, and may be 100% of the performance if the social vulnerability criterion is met.

The fourth program of this Royal Decree will focus on promoting the improvement of the energy efficiency of homes. The amount of the subsidy will be 40% of the performance, with a limit of 3,000 euros per home and will be applied through the public calls of the autonomous communities.

The minimum cost of these interventions in homes must be equal to or greater than 1,000 euros and includes actions to reduce energy demand by at least 7%, reduce the consumption of non-renewable primary energy by at least 30%, or modify or replace constructive elements on the façade appropriate to the Technical Building Code.

Finally, the Royal Decree regulates the aid program for the preparation of the existing building book for rehabilitation and the drafting of rehabilitation projects. In this case, it is aimed at buildings completed before the year 2000 and used predominantly as housing.

The grants for this fifth program will range between 3,500 euros per book in the existing building and 30,000 euros per renovation project.

This Royal Decree includes a sixth program, although it is dedicated to the construction of social rental housing in energy efficient buildings. The funds will finance, for at least 50 years, the increase of the public stock of energy efficient housing that is used for social rent or affordable prices.

Newly built homes on publicly owned land or rehabilitation of public buildings for other uses may benefit. To access the aid, a non-renewable primary energy consumption must be guaranteed, at least, 20% less than the requirements of the Technical Building Code.

The funds, with a total of 1,151 million euros, will be transferred to the autonomous communities, as well as to Ceuta and Melilla, once the Royal Decree has been approved, and the distribution will be in accordance with what was agreed in the Sectoral Conference on Housing, Urban Planning and Soil of last July 21. At the beginning of 2022, the funds related to the social housing construction program, agreed at the same Conference and based on the allocation established in the General State Budgets, will be transferred.

Among the urgent measures to promote building rehabilitation activity in the context of the Recovery, Transformation and Resilience Plan (PRTR), which the Government has also approved today through a royal decree, new deductions are introduced in personal income tax for works to improve the energy efficiency in homes and residential buildings. These deductions, which will be in force from the same day of publication of the decree in the Official State Gazette (BOE), will be applied on the amounts invested in rehabilitation works that contribute to achieving certain improvements in the energy efficiency of the habitual residence and in residential buildings, accredited through energy efficiency certificate.

The measure is financed under the Recovery and Resilience Mechanism (MRR) approved by the European Union and is part of the investment contemplated in the ‘Rehabilitation program for economic and social recovery in residential settings’, endowed with 3,420 million euros, of which 450 million will be allocated initially to finance tax incentives.

In particular, three deductions are entered. The first of them is a 20% deduction for actions that reduce the demand for heating and cooling in a habitual residence by 7%.

Individuals who carry out rehabilitation and improvement actions in which a reduction of at least 7% in the demand for heating and cooling is obtained, according to the energy efficiency certificate of the home, may benefit from it. The deduction percentage is 20% of the amounts paid for the works carried out in the application period, up to a maximum of 5,000 euros per home.

The second deduction reaches 40% for actions that reduce non-renewable primary energy consumption by 30%, or improve the energy rating reaching the letters ‘A’ or ‘B’ in habitual residence.

Individuals who carry out rehabilitation or improvement actions in which at least 30% of non-renewable primary energy consumption is reduced, creditable through the home’s energy efficiency certificate, or improvement of the energy rating of the housing to obtain an energy class ‘A’ or ‘B’, on the same rating scale. The deduction percentage is 40% of the amounts paid for the works carried out in the application period, up to a maximum of 7,500 euros per home.

The last bonus is a 60% deduction for actions that reduce non-renewable primary energy consumption by 30%, or improve the rating by reaching the letters ‘A’ or ‘B’ in residential buildings.

Individuals in whose building improvement or rehabilitation works have been carried out in which a reduction of at least 30% of the non-renewable primary energy consumption is obtained, creditable through the building’s energy efficiency certificate, or improvement will be eligible. of the building’s energy rating to obtain an energy class ‘A’ or ‘B’, on the same rating scale. The deduction percentage is 60% of the amounts paid for the works carried out in the application period, up to a maximum of 15,000 euros per home.

The period of application of the three deductions will be from the entry into force of the decree until December 31, 2022, and it must be the taxpayer’s habitual residence, or which is destined or will be destined to rent as a habitual residence.

Reform of the Horizontal Property Law

Likewise, the decree includes the reform of the horizontal property law to facilitate decision-making in the communities of owners. Specifically, the regime applicable to rehabilitation works that contribute to the improvement of energy efficiency in the building as a whole is modified, establishing a simple majority regime for carrying out such works, as well as for applying for aid and financing. for it.

The decree approved on Tuesday also contemplates the creation of a line of guarantees for partial coverage on behalf of the State of the financing of rehabilitation works that contribute to the improvement of energy efficiency.

With this new line of guarantees from the Official Credit Institute (ICO), which will be developed through an agreement with the Ministry of Transport, Mobility and Urban Agenda, the risks of loans granted by private financial entities will be partially covered destined to actions of rehabilitation of residential buildings that contribute to the improvement of the energetic efficiency.

According to the provisions of the approved Royal Decree-Law, through this new line guarantees may be granted for an amount of up to 1,100 million euros, which will be an “important support” to the financing of the actions of rehabilitation of buildings residential, highlights the Government.