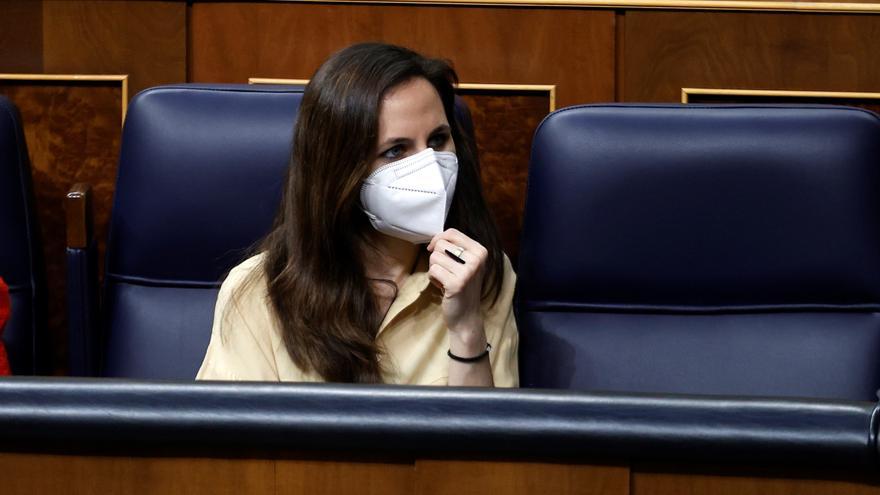 The Council of Ministers has given the green light this Tuesday to an investment of 730.8 million euros from European funds to, among other things, promote a model of care for dependent people based on home care versus residential care. Ione Belarra, the new Minister of Social Rights and the 2030 Agenda, has taken office with the design and promotion of this plan, which her department defines as a “historical and fundamental injection to undertake the social transition that our country needs” and that the minister has described as a “first stone” to “transform the long-term care system”. It is expected that the distribution of funds among the communities, which must implement the measures, will be decided in a next Interterritorial Council.

The plan, Belarra explained at the press conference after the meeting of the ministers, is made up of three axes: 432 million euros will be allocated to the so-called Long-term Care and Support Plan, which provides for serving the elderly and dependents in their homes for as long as possible through, among other things, advanced telecare measures in all homes. And when not, they will try to make residential environments “look more like a home”, with the construction of residences or the reform of existing ones so that they are “smaller or have more stable personnel”, the minister has exemplified.

According to Social Rights, walking towards this model “will make us more like Europe” with regard to long-term care, and the intention of the ministry is that it “create quality employment in a highly precarious and feminized sector.” Because “when public policies do not attend to care adequately,” Belarra said, “it is women who return to take care of care, either in their family environment or workers in precarious sectors,” as has demonstrated the health crisis.

Another 216 million euros will be transferred to the communities to “reform the child care model”, investing in residential centers and in the technological modernization of Social Services and their digitization, the ministry reported. The objective is “to make them more accessible and efficient” and to create a state information system of Social Services that allows to unite all the available databases. Finally, 31 million euros will go to the Accessible Spain Plan, to improve accessibility for people with disabilities: from adaptation of physical spaces and public transport to adaptation of communication channels with the Public Administration.

As explained by Belarra in the press conference after the Council of Ministers, the ministry that he directs after Pablo Iglesias’ decision to be a candidate for the Madrid elections of the next 4M, “has stepped on the accelerator” so that the communities have these funds available , but the distribution is still pending to be decided. In his opinion, the plan responds to “some lessons that the pandemic” of COVID-19 has left us, which has hit the elderly, and especially in residences: “One of these lessons is that our country needs a transformation. The residential model has shown its seams and difficulties and has shown that it is not adequately meeting the needs of the elderly and dependents or their wishes. ” Because “when we ask them,” he said, “they would like to be cared for at their homes until possible.”

The injection approved this Tuesday is part of the Dependency Shock Plan 2021-2023 designed by the ministry and that the Interterritorial Council approved last January. In total, it foresees an accumulated investment of 6,000 million euros in three years, including 2,500 from the European Recovery, Transformation and Resilience Fund. A good part will be aimed at reducing the waiting lists of dependent people, improving the conditions of workers, or promoting telecare at home.