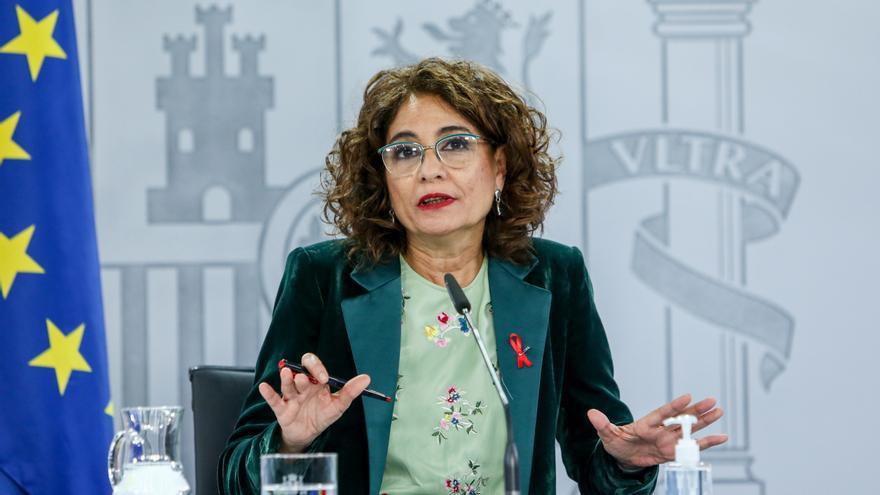 The increase in migrant arrivals to the Canary Islands in recent months has overwhelmed the weak reception network for minors under guardianship on the islands. The regional government, on which the care of migrant children traveling alone depends, has been asking the central Executive for financial support and the activation of transfers of a part of unaccompanied minors to other areas of Spain for months. This Tuesday, the Council of Ministers has responded with the approval of a grant of 10 million euros for the assistance of migrant children and adolescents in the Archipelago. It has also authorized an aid of 6.4 million euros for the care of these minors in Ceuta and Melilla.

The first grant, destined for the Government of the Canary Islands, “responds to the need to take measures of public interest and of a social and humanitarian nature to immediately attend to minors” located in this autonomous community that, “due to their geographical location, has received in this year 2020 a large number of these minors “, have detailed sources of the central Executive. The aid, coming from the allocation of the General State Budgets to the Vice-presidency of Social Rights, will be directed “to the maintenance and improvement of the services of care and reception, information, social assistance, protection and training” of migrant children and adolescents who came to the islands without the company of a relative.

According to a report from the Government of the Canary Islands, the Archipelago currently has more than 20 accommodation resources, launched this year, in which care is offered to about 2,000 minors. “We urgently need resources from both the State and the European Union to cover the costs that the Canary Islands have to face to face this crisis, since there are currently no funds or programs at European level to help regions in support with these minors “, indicated the document approved at the end of November. The regional Executive has also asked Pedro Sánchez to transfer 500 adolescents to other autonomous communities. Despite the offer of the Basque Country, Extremadura and Castilla y León to receive a part of these kids, the central government has not given the green light for the moment.

Since the increase in the arrivals of boats to the Canary Islands, the Canary Islands Social Rights Council has activated emergency accommodation to attend unaccompanied foreign minors, in many cases through the payment of rents in the absence of a network of welcome with enough places to attend them. In August 2019, the number of foreign adolescents in tutelage on the islands was 328. At the moment, the figure is around 2,000. The counselor Noemí Santana met this Tuesday in Tenerife with the Secretary of State for Social Rights, Nacho Álvarez, with the aim of addressing the situation of these children on the islands.

“It is urgent to meet the needs of the Canary Islands at this time. For this reason, we have reached an agreement so that the dignified reception to which these children are entitled becomes effective. Today we approved a decree so that, before the end of year, 10 million euros reach the islands to finance this reception “, indicated Álvarez after the meeting. Regarding the activation of the transfers of minors to the peninsula, the Minister of Social Rights has been optimistic.” We hope that in December and January the possibility of children going to other autonomous communities be formalized, “said Santana, who clarified that it is a more complex procedure than in the case of referrals of adults to the rest of Spain, since the autonomous community is responsible for the care of these children and adolescents.

On the other hand, the second grant will go to the autonomous cities and will have a total amount of 6.4 million euros (4.1 million for Melilla and 2.3 for Ceuta). In this sense, the aid will be used to “maintain and improve the care provided” in reception centers for unaccompanied foreign minors. NGOs have spent years questioning the care offered by the autonomous cities, especially in Melilla, to these children and adolescents.