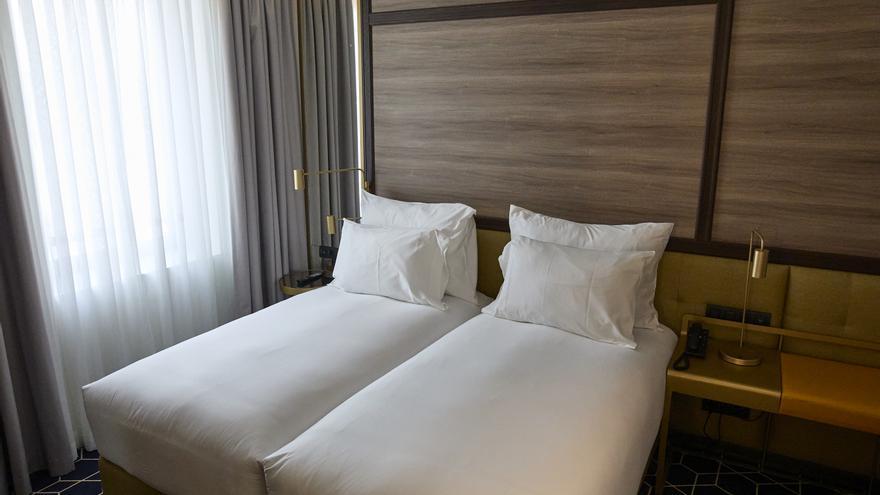 The Council of Ministers has authorized two new temporary public support operations, for a total amount of 85 million euros, earmarked for the Hesperia Investor Group (55 million) and the Abba Group (30 million) charged to the Support Fund for the Solvency of Strategic Companies managed by the State Society of Industrial Participations (SEPI)according to Europa Press.

Hotels change hands: funds, banks and some classic of the business elite

These authorizations are produced after the Management Board of the Solvency Support Fund for Strategic Companies has approved said operations. The Government spokesperson and Minister of Territorial Policy, Isabel Rodríguez, announced at the press conference after the Council of Ministers on Tuesday that this aid will be carried out through the Fund, endowed with 10,000 million euros, with which it is intended to preserve the activity and maintain employment in both tourist groups.

“Thanks to this aid and others from the Government, this sector, especially affected by the pandemic crisis, has endured,” the spokeswoman stressed, indicating that these two companies have a total of more than 3,400 permanent workers in their usual templates. Rodríguez explained that these hotel groups not only include hotels focused on tourism, but in some cases are located in rural areas or in industrial environments, which is why it is considered a measure of which they feel “especially proud”.

The Council of Ministers has authorized the granting of aid of 55 million euros to the Hesperia Investor Group (GIHSA). This aid will be channeled through a participative loan amounting to 28.05 million euros and an ordinary loan of 26.95 million. The chain was founded by Sergi Busquets in 1965 and is currently owned by the Castro Sousa family; its headquarters are located in Hospitalet de Llobregat, Barcelona. It operates mainly in Spain and Venezuela, with its main assets in urban hotels in Spain and vacation resorts in Venezuela, where it has three establishments.

Hoteles Hesperia was linked to the NH chain until the takeover bid executed by Minor International, which led to the departure of the Hoteles Hesperia group from the NH Hotel Group on November 30, 2018. The Government assures that the processing of the file has taken into account the "strategic character" of Hesperia within the tourism sector in Spain. Hesperia has a significant national presence, with hotels in Barcelona, ​​Bilbao, Córdoba, Madrid, Murcia, Mallorca, Lanzarote, Fuerteventura, Seville, Vigo, Zaragoza and A Coruña.

The Government assures that the hotel company, which employs nearly 2,000 people, "is one of the reference hotel groups in the country." It provides its services through the management of 23 establishments. Its assets are, for the most part, 4-star hotels, although it also has 3- and 5-star accommodation. Hesperia's business model focuses on holiday resorts (5 establishments), urban hotels (17), apartments with hotel services and restaurants. The group has been affected by the health crisis and the restrictions on tourist activity, with a drop in sales of 80% in 2020 compared to 2019.

Abba Hotels specializes in hotel establishments in both the vacation and corporate segments, as well as in the organization of events and celebrations. Currently, the chain has 22 3 and 4 star hotels, most of them in Spain. It also has establishments in Germany, Andorra and Chile. Due to its territorial presence in our country, Abba generates employment and tourism in Cantabria, Asturias, Castilla y León, Andalusia, Catalonia and Madrid. Founded in 2000 by the businessmen Andrés Iráculis, Jerónimo Miñón and Pello Fagoaga, Abba Hotels began its journey with two hotels in Madrid and one in Pamplona, ​​the city of its first headquarters. He is currently in Barcelona.

The Government assures that the Abba Group has "a relevant strategic nature for the Spanish economy" due to its belonging to the tourism sector and its strong roots in the territories where it is established, "generating a significant volume of employment and influencing regional economies" . Like the rest of the companies in its sector, the Abba Group has suffered serious consequences caused by Covid-19. In December 2019, it had 593 direct employees and reached 655 adding indirect jobs.

With these latest aids, the approved files rise to a total of 19, for an amount of 2,125.8 million euros, 40% of the 5,365.5 million euros requested. The aid comes from the aforementioned Solvency Support Fund, a key tool to protect economic activity and employment while the impact of the pandemic lasts. It is one of the instruments to support the economy that the Government launched, with an allocation of up to 10,000 million euros.