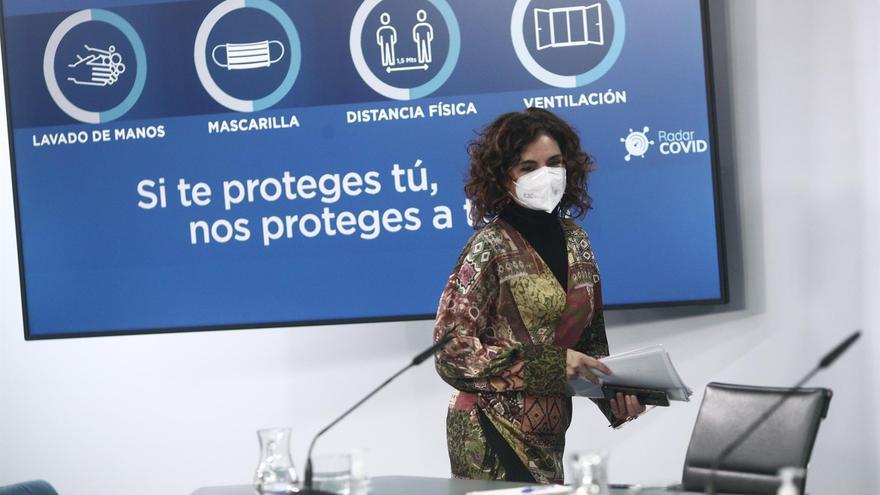 The Council of Ministers approved this Tuesday measures relating to moratoriums on mortgages, consumer loans and loans to tourism and transport companies. As announced by the minister spokesperson, María Jesús Montero, and while waiting for the small print to be published in the BOE, both the coverage and the deadline to request them increases. The coverage is extended to nine months and the application period is extended until March 30.

The Government has already extended from July to September 29, 2020 the mortgage moratorium on the habitual residence and on consumer loans, in both cases for a duration of three months. Since then his recovery had been studied.

Households, vulnerable self-employed workers, and tourism and transportation companies "that have reduced their billing by 40% due to the pandemic," may request these new moratoriums, "said Montero. "We want the most affected groups to have enough instruments to meet their obligations." Households that do not exceed three times the IPREM will be considered vulnerable.

Moratoriums already granted will not be altered. Those who have already requested one can request another, but between the two they cannot add more than nine months.

According to the latest data from the Bank of Spain, at the end of December, Spanish financial institutions granted 1,379 million mortgage and non-mortgage deferrals to those affected by the coronavirus crisis, with an outstanding balance pending amortization of 54,200 million euros.

There have also been 411,038 requests registered within the framework of the legislative moratorium on credit contracts without mortgage guarantee, of which 363,176 have been processed, with an outstanding balance of the suspended loans of 2,684 million euros.

Tourism companies may request a moratorium on loans with mortgage guarantee of the properties they use for their activity (hotels, tourist accommodation and travel agency venues). Transportation companies may defer payments of the principal of the installments of their loans, leasing or renting of vehicles.

Data from the Bank of Spain show that the number of applications and concessions has been much lower for these two types of moratoriums. Specifically, the number of requests for legislative moratorium for real estate mortgage loans corresponding to a tourist activity stood at 1,570 until December, of which 1,362 have been processed, with a balance pending amortization of the suspended loans of more than 2,000 millions of euros.

On the other hand, the requests for a legislative moratorium on transport have amounted to 1,836, and 1,661 have been processed, reaching the outstanding balance of these suspended loans reaching 125 million euros.