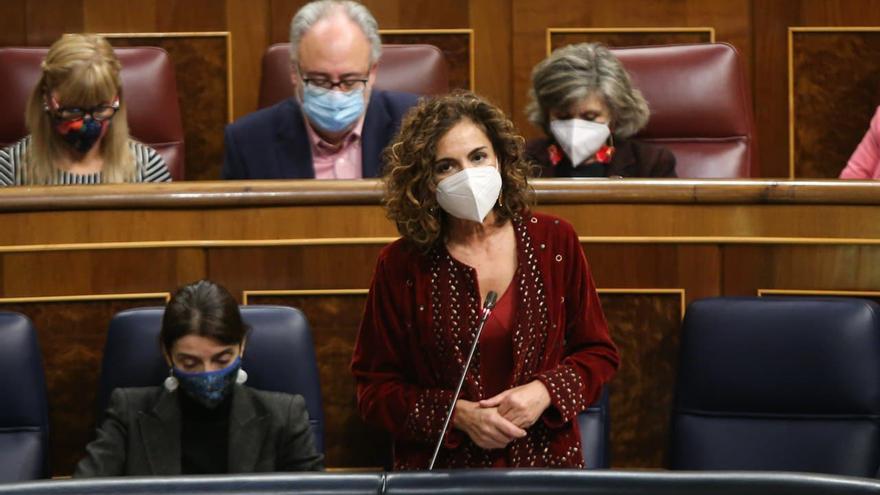 The Minister of Finance, María Jesús Montero, has advanced this Wednesday that the Government is going to extend the lowering of taxes that affect the electricity bill during the first four months of 2022. In the session of control of the Government in the Congress of Deputies , Montero has confirmed that the fiscal measures adopted to alleviate the rise in electricity will be maintained during the first four months of next year.

"We are going to extend the reduction in taxes that accompany the electricity bill," Montero pointed out, without specifying whether this extension will affect all the reduced taxes. Over the past year, the Government lowered the VAT on electricity from the general rate (21%) to the reduced rate (10%); it suspended the tax on electricity generation, which is 7%, and lowered the special electricity tax received by the autonomous communities.

With these fiscal measures, which have an annual impact on public accounts of between 4,000 and 4,500 million euros, the Government sought to alleviate the impact on the electricity bill of the rising cost of electricity in the wholesale market. Already in the presentation of the Budgets in October, Montero assured that there was "room" in the accounts to extend the measures, which expire on December 31, if necessary, something that will be done for the first quarter of 2022.

That same Tuesday, the Vice President of Ecological Transition, Teresa Ribera, pointed out that the Government was considering "different measures, including fiscal measures" to soften the effect of the rising cost of electricity, although she ruled out that they were as broad as those in force this year. The price of electricity in the wholesale market is at its all-time high this Wednesday, with an average of 291.73 euros per megawatt hour (MWh).