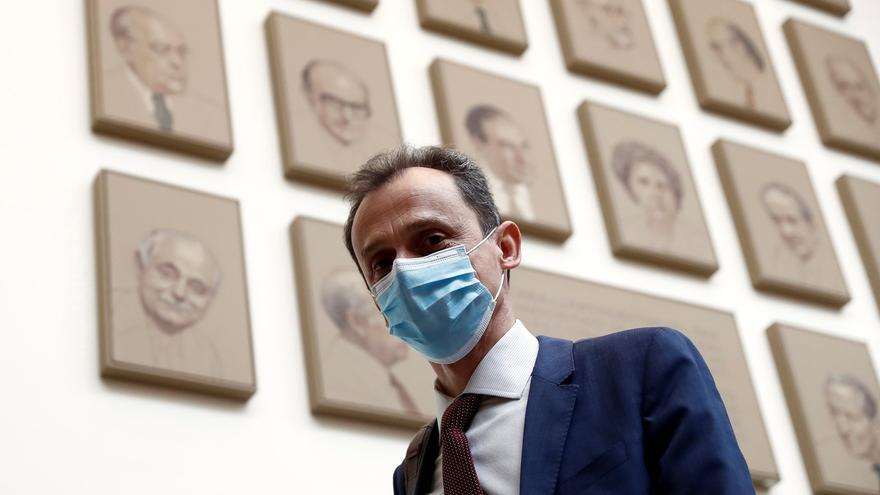 The Government is going to allocate 1,056 million euros (and another 500 million in loans for companies) to its shock plan to recover the scientific and research sector in Spain over the next two years. The figure represents approximately 10% of the total budget that is allocated to R&D each year in the country (half of which is just executed). During the entire pandemic, a total of 30 million euros was allocated to research to find a vaccine.

The Prime Minister, Pedro Sánchez, explained that this plan, “which deals with the urgent rather than the important” will have 17 measures that will be articulated around three axes: a large part of the fund will be used to boost research biosanitary to face “future sanitary crises” through an increase in funding from the Carlos III Health Institute, which has led the way in managing the pandemic; the science law will be reformed to “transform the science and technology system” and the attraction and recovery of talent; and the industrial science system (innovation in companies) will be strengthened.

The president explained that this plan he has presented is shocking, and that it is embedded in the medium and long planning that the Government has to promote the sector, although during his entire speech he has not specified how much he raises the financing in the budgets (The sector asks you to double the funds).

“It seems that you have read the latest articles on the subject that we have brought up”, Pablo Giménez, president of the Federation of Young Investigators (FJI / Precarias), is pleasantly surprised, “because it has affected all the points that we think are failing : He has recognized that the situation of thousands of young people is dramatic and that there is no industry “, he values. “The crash plan comes to recognize that the system is precarious and unsustainable.”

This young researcher, very critical of the Government and skeptical until yesterday with the announcements that the Government would make, also maintains that “the figures seem scarce to us, but it is a first step on the right path. We still have to see how it is articulated, where is that money going, how … But it is very positive if it represents a turning point and is reflected in the budgets, “he concedes.

Sánchez has made a speech in which he has admitted that Spain has lagged behind in science, he has recognized the problems posed by the flight of talent, which he has blamed on past situations to the surprise of researchers because he follows a very present reality, and is committed to improving the situation of the sector, budgets through.

The Government’s announcement comes just a few days after the resolutions of the main aid programs for postdoctoral researchers have been published, those who already have the thesis read: the Ramón y Cajal, Juan de la Cierva contracts in their incorporation and training, and the Torres Quevedo, with durations between 5 and 2 years and salaries ranging from 21,000 euros to 31,000 in the case of the Cajales, the best endowed and that allow a certain stability to those who get them. But lThe awards have not gone down well with applicants, who criticize that the little more than 800 grants awarded in total leave out thousands of candidates, some with files valued at 93 out of 100.

Scientists denounce that the R + D + i system in Spain is practically dismantled, which poses a problem for the country (“when there is a vaccine for COVID, we will not arrive and we will have to spend billions on accessing she through the pharmaceutical companies “, adventure Giménez) and for the researchers, faced with a difficult decision in many cases, as the young researcher Nerea Luis Mingueza explained during the event itself:” I had to make one of the most difficult decisions of my career after reading the thesis: whether to go away and keep fattening my resume or stay. ” She was lucky, and since she is also talented, she could choose to stay. For others, the decision is made alone: ​​either leave or change branches. And the option of emigrating is more complicated this year due to the closure of borders of several countries, including the United States, or working precariously (or even free) to do a CV.

For these and other reasons, scientists demand to raise funding to 2% of GDP, the figure considered optimal and from which the leading technology countries such as the US, Germany, United Kingdom or Japan are managed. Spain has a way to go from the current 1.2%. The Government’s announcement this Thursday is a first step, granted by the FJI, but