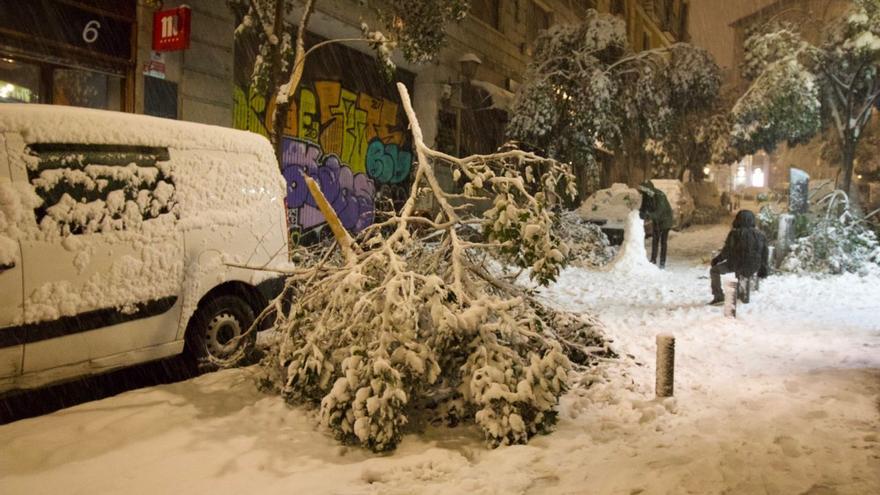 The Minister of Transport, José Luis Ábalos, has asked citizens this Saturday that before the heavy snowfalls that the storm Filomena is leaving in much of the country, the most intense storm in the last 50 years, stay in their homes and avoid displacements because “the situation is serious.”

Ábalos has made this appeal at a press conference in the Government Delegation in Madrid together with the Interior Minister, Fernando Grande-Marlaska, who has also asked the population not to make trips unless they are “inevitable” because after the snowfall the frosts will come and the situation will get complicated.

Ábalos has revealed that the priority is to clear the roads in more than 21,000 kilometers of the road network, some of which are still blocked, mainly in Madrid, Cuenca and Castellón, while in large areas the use of chains is recommended and restrictions are maintained to heavy vehicles.

Work is also being done to prevent accidents, “to guarantee the mobility of critical personnel and essential services and supplies,” said the head of Transport, who has pointed out that this line will continue.

The storm already leaves four fatalities in different parts of the peninsula and interventions by the Civil Guard have been necessary to help 799 people in 165 operations and evacuate 418.

In Madrid, one of the most affected areas, José Luís Martínez-Almeida has asked through a video on social networks that people stay at home, insisting that it is dangerous to be on the street due to the snow accumulated in trees and the frost that fallen snow can produce.

The mayor has also urged the people of Madrid not to obstruct the work of the city council’s security and emergency vehicles.

The General Directorate of Civil Protection and Emergencies has also insisted on the same message on its twitter account: “Stay home.”