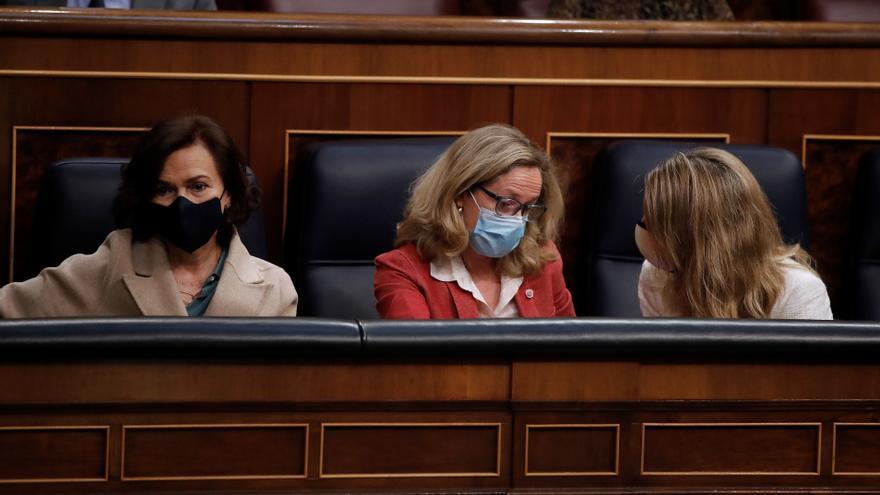 The Government is already entering a new phase. Pedro Sánchez is convinced that it is not necessary to extend the state of alarm beyond May 9, despite pressure from autonomous communities and parliamentary allies who consider it essential to maintain the restrictions with which to face the final stretch of the pandemic. In Moncloa they argue that epidemiological data will improve and that the vaccination process opens a new stage in the fight against the pandemic. Leaving the exceptionality is, for the socialists, a key element, in addition, for the economic recovery. What the Government is working on is a decree to expand social measures that have their expiration date linked to the end of the state of alarm.

The first vice president, Carmen Calvo, who is in charge of coordinating the coalition, has asked the ministries to analyze what measures need to be extended after May 9. According to government sources, the intention is to approve a decree law that brings them together to maintain them once the state of alarm ends and Spain leaves the exceptionality. “Each Ministry has to determine its own,” they point out from the Calvo department.

In the last six months, measures have been approved whose validity is linked to the state of alarm. One of those that the Government intends to extend is the authorization to retired health workers so that they could exercise during the pandemic, making the activity compatible with the pension they receive, a measure that several autonomous communities have implemented, especially during the vaccination process. The idea now is to extend it beyond May 9.

Sánchez has already promised in Congress to extend three more months the measures of the social shield that were agreed within the coalition in December. At that time it was decided that they would last the same as the state of alarm. “The Government will extend three more months all the measures of the last royal decree-laws in the matter of evictions and housing rental contracts,” the president announced in his last appearance. Sánchez specifically referred to the moratorium or partial forgiveness of the rent for the rental of housing, when the landlord is a large holder or public entity; to the six-month extensions of the rentals under the same terms and conditions of the current contract; and the suspension of evictions and launches of vulnerable tenants without a housing alternative. It also includes a ban on power outages.

With the three-month extension announced by Sánchez, those measures would expire on August 9. United We Can, which was betting that they would last until the end of years, considers that at least it should expire at the end of the month, that is, on August 31. “We are working”, they point out from the first vice presidency in reference to the elaboration of a decree law that serves as an umbrella for these extraordinary measures.

However, that plan in which they are working confirms that in Moncloa they do not intend to approve a new extension of the state of alarm to extend restrictions such as curfew, limitations on social gatherings or perimeter closures, such and as its parliamentary allies demand of the Government, They have opened to approve the legal ‘plan B’ of the PP. In the Government they maintain that communities have tools to maintain the necessary restrictions – except for those that influence fundamental rights such as mobility, that is, the curfew. In fact, they maintain that it is the most guarantee model since it will require judicial ratification.