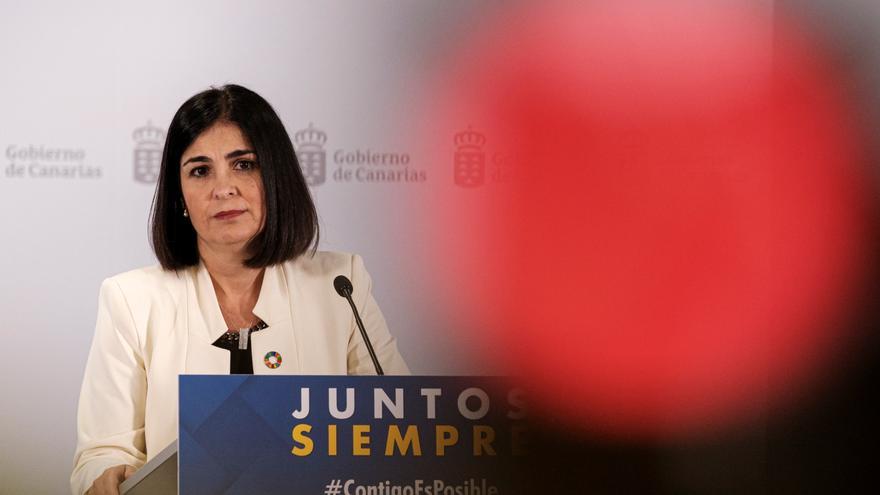 The Government has approved a new “shock plan” to respond to the increase in migrant arrivals by boat to the Canary Islands. The Minister of Territorial Policy, Carolina Darias, announced this Friday the activation of a package of emergency measures to try to reduce the number of people arriving to the islands clandestinely, which in the last year have increased by more than 660 %, exceeding 15,500 entries. One of the main objectives is to “prevent anyone from leaving in a boat and boat” to the islands, for which diplomatic channels will be strengthened and the actions of the Spanish security forces by land, sea and air in the countries of origin and transit with the aim of stopping the departure of boats to Spain.

The battery of measures will be applied, under the coordination of the First Vice-Presidency, by the Ministries of the Interior, Foreign Affairs, Inclusion and Territorial Policy. The Ministry of the Interior will be in charge of “reinforcing the effective cooperation” of the Government with the countries of transit and origin (such as Senegal, Mauritania or Morocco), which will translate into an increase in the police deployment that Spain already has in Those States through which their migrants depart or pass in their attempt to reach the Canary Islands. The department led by Fernando Grande-Marlaska will send “two ocean vessels, a high-altitude patrol boat, an airplane, a helicopter and a submerged boat” to these areas to increase the amount of equipment available to the Civil Guard and National Police teams. that already operate in these countries to stop immigration.

In addition, the Frontex agency is going to collaborate with the deployment of teams in Gran Canaria to reinforce the work of the Police: “It is our objective to combat the networks that traffic in people.” In addition, the Government of Spain is negotiating with Senegal and with the European Border Agency (Frontex) to deploy air means on the Atlantic route. In addition, the Government is also negotiating with Frontex Fronteras the deployment of “air resources” on the Atlantic route for the purpose.

The plan includes the creation of a Temporary Attention Center for Foreigners (CATE) in the old powder keg of Barranco Seco, a land assigned by Defense to the Interior to carry out the filiation procedure of newly disembarked migrants for a maximum period of 72 hours. The project involves the creation of fixed facilities, Darias has qualified, but for the moment the Army has erected 23 tents with 200 bunks on the unpaved land and capacity to house “with the distance that the pandemic forces” to 800 people. This facility will replace the makeshift immigrant camp since August in the port of Arguineguín, which welcomes nearly 2,000 migrants in “overcrowded and unsanitary” conditions, according to HRW.

Added to the multiplication of police resources is the strengthening of diplomatic channels. On November 20, Fernando Grande-Marlaska will travel to Morocco, in what will be his seventh visit to the country with the aim of “strengthening cooperation” and “jointly” to prevent the departure of immigrants to the Canary Islands and “waterproof the border “, at a time when the percentage of migrants of Moroccan origin among the newcomers has increased considerably. “It will continue to strengthen the fight against illegal migration trafficking networks.”

The role of the Ministry of Foreign Affairs will also go through the promotion of bilateral relations with the countries of origin and transit, for which Arancha González Laya will travel before the end of the year to Senegal, one of the key countries on the Canary route. The development operation is also part of the crash plan for the arrival of immigrants to the Canary Islands. Darias highlighted the increase of 500 million euros in funds dedicated to development cooperation, 19% more than in the 2018 budgets: “Cooperation in African countries, which the government considers essential, will play a prominent role”, the minister has indicated. In recent years, the network of European NGOs has warned of the risk of linking migration control objectives to Official Development Assistance (ODA).

The package of measures includes increasing the capacity to receive migrants on the islands. Despite the fact that the reactivation of the Canarian route began in 2019, there is still no stable network to accommodate the migrants recently arrived in the Canary Islands, a task that is complicated by the obstacles in the Interior to transfers to the peninsula, where around 55% of the reception places are available.

With the aim of increasing the assistance capacity in the islands, after arduous negotiations, Defense has ceded the El Matorral space in Fuerteventura – where a former Foreigners Internment Center was located – to the Ministries of Migration and the Interior. In Tenerife, the Army is deploying tents in a new reception space at the Las Raíces barracks, which is added to the Las Canteras barracks. Minister Darias has not detailed the number of places that these resources will have.

In “a matter of days”, Migrations will open a new reception space in Las Palmas de Gran Canaria. It is about the León School, an educational space closed two years ago and located in a depressed neighborhood of Las Palmas, whose reopening as a center for migrants has generated protests among residents.

“The objective is the Arguineguín dock to return to the uses it always had,” said Carolina Darias, who has not specified a specific date for the closure of the migrant camp set up in the port, where the migrants will sleep on its soil. one more night.