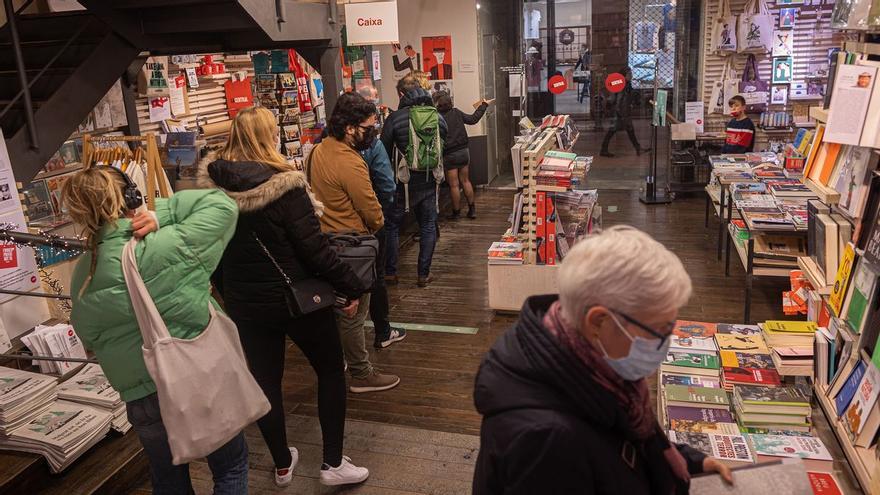 One of the few positive data that the confinement brought with it is that many people took refuge in the books to escape from the terrible drama we were experiencing. Some reading habits that had not been recorded since ancient times were recoveredabout eight hours a week. It has not been a mirage, and that is the good news pointed out by the traditional Barometer of Reading Habits and Buying Books that has been produced for 20 years by the Guild of Publishers (FGEE) and that has been presented in Madrid in an act that attended by the Minister of Culture and Sport, miquel iceta.

Thus, 67.9% of the Spanish population read books and 64.4% do so in their free time, while 21.2% for work or study. “These data reflect not only the health of our publishing industry, but also our society. The countries that read the most are more stable and generate greater wealth. Reading widens freedom, confronts us with other possible worlds and makes us better people”, said the minister in the appearance.

As always, there is a negative part within the report that is repeated year after year. There is a segment of the population that never or hardly ever reads, specifically 35.6% (although it has improved compared to the 2012 figure, when it was close to 50%).

The reasons, too fast pace of life, no time for anything, work or family stress. The real problem, that of those who claim that they are not interested in the slightest. The fall coincides with the stage of adolescence, from 14-15 years, there is the debacle (64%). It is where, without a doubt, measures must be taken, because reading in minors maintains good data, reaching 83.7% between 6 and 9 years of age. So that young people do not abandon this custom, it has been recalled the implementation of the Plan for the Promotion of Reading, as well as the Cultural Bonus from the age of 18, which will also try to alleviate social and economic inequalities. Because another of the great gaps is found depending on the educational level. Those who have completed only primary studies reach an average of 37.2%, with secondary studies it reaches 60% and with university studies, 82.1%. In any case, in all these groups there has also been an increase, reaching a rise of 5.2% in the last one.

For the first time since the appearance of electronic formats, the percentage drops slightly, from 30.3% last year to 29.4%, which could indicate that the sector has reached its peak, especially if we take into account that, since the year 2017 had not stopped rising. Meanwhile, audiobooks have given a small surprise, standing at 5.2%, two points above the previous survey. In addition, they are mostly consumed in English.

All the autonomous communities improve their reading rates in all age and gender groups, although Madrid (73.5%), the Basque Country (68.2%) and Navarra (68.1%) are at the top, followed by Catalonia, with 68%with the Spanish average at 64% and Extremadura at the bottom with 54.7%.

As always, women continue to lead the tablessomething that is accentuated with age, especially between 55 and 64 years old, a section in which there is a difference of more than 20% with respect to their male counterparts, becoming the age group that drives the publishing industry the most , which is why, without a doubt, we try to live up to your expectations in terms of variety and quality.

Finally, libraries have not recovered after the pandemic. Only 23% of the population has visited them in the last year, compared to 74.7% who have not, so the attendance rates prior to aa are not reached covidwhich collected 32%. The most valued library service is Catalan, with a score of almost outstanding, 8.7.