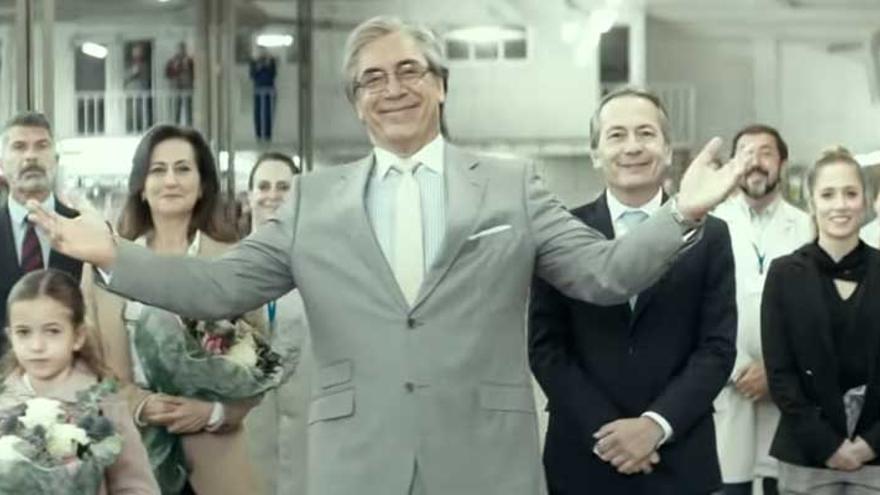 The good boss by Fernando León de Aranoa will represent Spain in the next edition of the Oscars, number 94, in the category of Best International Film. This was announced by the Academy of Motion Picture Arts and Sciences of Spain this Tuesday.

The interpreters Irene Escolar and Ricardo Gómez have read the selected feature film accompanied by the notary Federico Garayalde Niño and the president of the Academy, Mariano Barroso. Prior to the announcement, they have performed a dramatized reading of selected moments from the film That Happy Couple (1953), debut feature by Juan Antonio Bardem and Luis García Berlanga, on the occasion of the celebration of Spanish Cinema Day.

The film by Fernando León thus unseats the other two candidates: Mediterranean, directed by Marcel Barrena; and Parallel mothersby Pedro Almodóvar. The latter was the favorite according to many of the forecasts, but finally that of the Madrid director has prevailed.

The good boss tells the story of Blanco, a businessman in a Spanish provincial town who tries to solve problems with his employees. The character, played by Javier Bardem, is actually the incarnation of several figures that the viewer has seen before. He has something of Luis Bárcenas, Rodrigo Rato, Jeff Bezos or the despot boss of any restaurant.

“I notice that people have less social conscience than 20 years ago, when we did Mondays in the sun. Or maybe they are younger and have been through a pandemic and two crises. In part it is normal that they look after their own, for a job and a home, and that they do not fight for others “, Bardem said in the framework of the recently completed San Sebastian Festival. For this reason, the filmmaker added, “we need more people to put their faces to be split in the name of a common cause.”

Spain has been nominated twenty times for this Oscar and has won it four times with Everything about my mother; Start over, by José Luis Garcí, in 1982; Belle epoque, by Fernando Trueba, in 1993, and Out to sea, by Alejandro Amenábar, in 2004. The last time Spain was among the five nominated countries was in 2019, with Pain and gloryby Almodóvar.