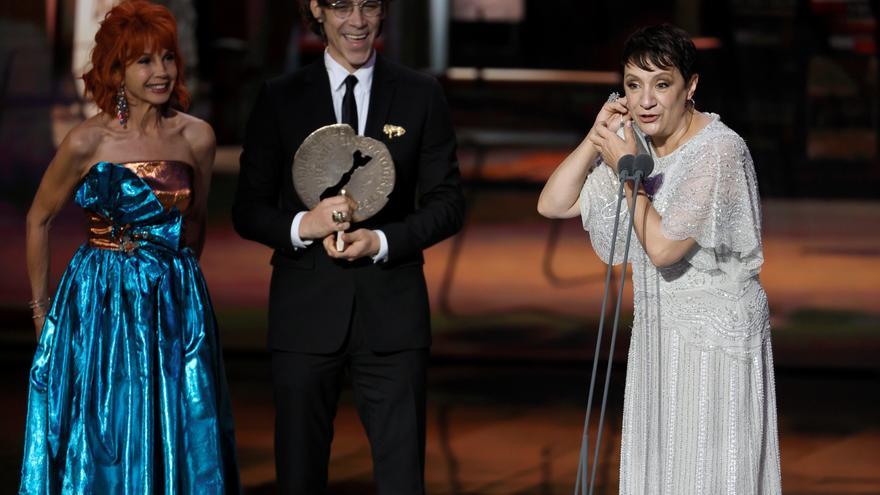 'The good patron' triumphs at the Forqué awards and is consolidated as a favorite on its way to the Goya. Fernando León de Aranoa's comedy about a caciquil businessman, played by Javier Bardem, won this Saturday the Forqué for best feature film and the award for best actor. The film has already made history by obtaining 20 nominations for the annual Academy Awards and will represent Spain in the next edition of the Oscars.

Neither León nor Bardem were present at the Palacio Municipal Ifema Madrid, in a gala that paid tribute to the Madrid scene. If Blanca Portillo was there, who collected her best actress award for her portrayal of Maixabel Lasa, the Basque politician and activist and widow of Juan Mari Jáuregui, murdered by ETA in 2000, who sat down with her husband's executioners. "I have had to tell the (story) of an incredible woman. Maixabel Lasa is an angel," said the actress when she picked up the Forqué. 'Maixabel', the film by Icíar Bollaín, has also won the award for cinema in education and values.

In the series section, the awards given since 1996 by the Audiovisual Producers Rights Management Entity (EGEDA) recognized 'Hierro', by Pepe Coria, as the best fiction series. Its protagonist, Candela Peña, who won the Forqué for best female performance, recalled that "without the scriptwriters, there is nothing" and that "if there are no producers who produce, nothing can be done." Javier Cámara won the best male performance award for his role as a corrupt politician in 'Venga Juan'.

'100 days with Tata', the documentary road trip assaulted by the confinement of Miguel Ángel Muños and his great-aunt Luisa Cantero, the "most important" woman in his life, who took care of him while his mother worked, won the Forqué for best documentary feature film. And 'The invisible monster', the story of a boy who works in the Papandayan landfill, by Javier and Guillermo Fesser, the one with the best short film.

The award for the best Latin American film has been for 'Noche de fuego', by Tatiana Huezo, which, through three girls and in the middle of the war against drug trafficking, recounts the violence suffered by women in the towns of Mexico.

The producer José Antonio Félez has been recognized with the honor prize of the 27th edition of the Forqué for "his intense commitment to the national audiovisual during the XXI century".

Tags: For what, good, Pattern, triumphs