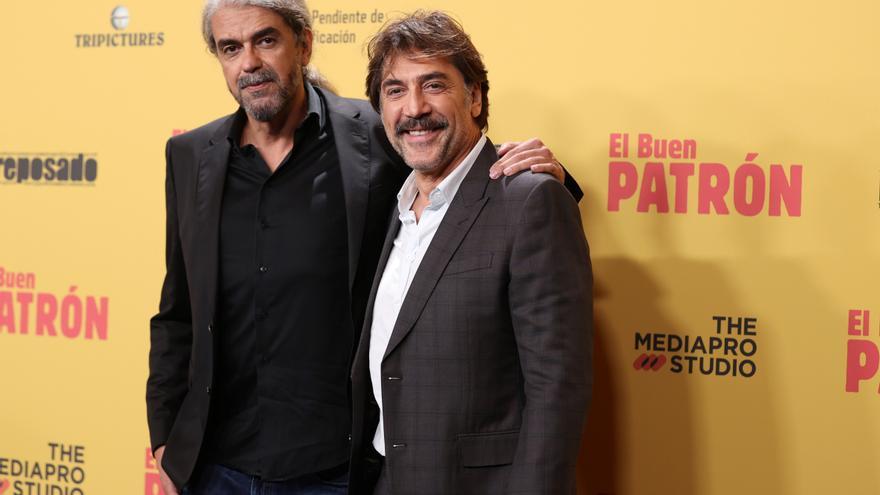 The Spanish film The Good Boss, Directed by Fernando León de Aranoa, with 11 nominations, it is the one that leads the options in the IX edition of the Ibero-American Film and Audiovisual Platinum Awards, whose gala will be held on May 1 in Madrid. In the television section, the Argentine series El Reino, by Marcelo Piñeyro and Claudia Piñeiro, has obtained six nominations, while the most nominated Spanish is Hierro, with three, and they "sneak in" as candidates for best creator Alejandro Amenábar (La Fortuna) and Jorge Coira (Iron).

Fernando León de Aranoa: "Being unemployed is so screwed up that it even damages your identity"

Among the film stars, the Spanish Ángela Molina for the Paraguayan film Charlotte, Blanca Portillo for Maixabel, Eduard Fernández for Mediterráneo, Javier Bardem for El Buen Patron, Luis Tosar for Maixabel and Penélope Cruz for Parallel Mothers, the Mexican Ilse Salas for Plaza Catedral and the Brazilian Rodrigo Santoro for 7 Prisioneiros. As leading performers in series, the finalists are Candela Peña and Darío Grandinetti for Hierro, Chino Darín and Mercedes Morán for El Reino, Daniela Ramírez for Isabel, Diego Boneta for Luis Miguel: La serie, Javier Cámara for Venga Juan and Maribel Verdú for Ana Tramel. The game.

The IX Platino gala, to be held at the Ifema Municipal Palace in Madrid, presented by Miguel Ángel Muñoz and Lali Expósito, will be broadcast on television channels throughout Ibero-America and on RTVE's La 1. In the list of candidates for Best Fiction Film, the Spanish films El Buen Patron, Madres Paralleles and Maixabel start as nominees, and the Mexican Noche de Fuego, by Tatiana Huezo. Among the fiction or documentary series, the list of finalists is made up of the Argentine El Reino, by Marcelo Piñeyro and Claudia Piñeiro, the Chilean Isabel, by Rodrigo Bazaes, and the Mexican Luis Miguel: La serie, by Daniel Krauze, and Narcos: Mexico, by Carlo Bernard, Chris Brancato and Doug Miro.

The award for best supporting actor will be decided between the Chilean Alfredo Castro, for the Argentine film Karnawal; Christian Malheiros, for 7 Prisioneiros, Manolo Solo for The Good Patron and Urko Olazabal for Maixabel, and in the women's category Aitana Sánchez-Gijón and Milena Smit will compete, both for Parallel Mothers, Almudena Amor for The Good Patron and Ana Cristina Ordóñez González for Fire night. In addition, Alberto San Juan for Kings of the Night, Enric Auquer for Perfect Life, Joaquín Furriel for The Kingdom and Karra Elejalde for La Fortuna, and in the female part, María Pujalte (Venga Juan), Najwa Nimri (The paper house), Nancy Dupláa (The kingdom) or Rosa María Bianchi (Monarch).

For best documentary, 100 Días con la Tata, by Miguel Ángel Muñoz, A Última Floresta, by Luiz Bolognesi, Quién lo imposible, by Jonás Trueba, and Rita Moreno: Just a Girl Who Decided to Go for It, by Mariem Pérez Riera. For its part, the Platinum for Best First Film will be decided between the Costa Rican Clara Sola, by Nathalie Álvarez Mesén, Karnawal, by the Colombian Juan Pablo Félix, Libertad, by the Catalan Clara Roquet, and “Sin señas particulars”, by the Mexican Fernanda Validity.

Abner Benaim (Cathedral Square), León de Aranoa (The good boss), Henrique Dos Santos and Aly Muritiba (Private Desert) and Icíar Bollaín and Isa Campo (Maixabel) compete for best screenplay, and Alberto Iglesias (Parallel Mothers) for best original music , César López (Memory), Kenji Kishi Leopo (The Wolves) and Zeltia Montes (The Good Boss). The contenders for Best Animated Film are Ainbo, the Amazon Warrior, by José Zelada and Richard Claus, Bob Cuspe: Nós Não like people, by Cesar Cabral, Save the Tree (Zutk!) by Haizea Pastor and Iker Álvarez and Valentina by Chelo Loureiro. The wolves, by Samuel Kishi, Maixabel, Mediterráneo, by Marcel Barrena, and I, baby, I, princess, by Federico Palazzo, will compete for the Cinema and Education in Values ​​award. The nominees were chosen by a 135-member jury from 22 countries.